Last week a federal appeals court rejected the lawsuit that Kentucky and about a dozen other states filed against the Environmental Protection Agency’s proposed greenhouse gas limits on coal-burning power plants. Attorney General Jack Conway and other plaintiffs in that suit have pledged to revive their challenge once the federal Clean Power Plan rules are finalized later this year.

Meanwhile Kentucky energy officials are preparing a state strategy to meet those new limits. But gubernatorial candidates Conway, a Democrat, and Republican Matt Bevin say they won’t submit a plan to federal regulators as a way to protest what they call EPA regulatory overreach.

All of which leaves the commonwealth in a bit of limbo over what direction to take with its energy policies.

Representatives from the coal and utility industries as well as environmental and community activists appeared on KET’s Kentucky Tonight to discuss what’s next in energy and environmental issues in the state.

The State of Coal
Despite a precipitous drop in coal mining in recent years, the commonwealth remains the nation’s third largest producer of the fossil fuel, according to Kentucky Coal Association President Bill Bissett. He says the state mines just under 80 million tons of coal a year between the western and eastern coalfields. He blames much of coal’s decline on President Obama, who Bissett says is working at a break-neck pace to change the way the country generates electricity.

From the utility side of the equation, Tony Campbell, president and CEO of East Kentucky Power Cooperative, says his biggest concern is how the current regulatory climate could affect the reliability and affordability of the electricity his company generates.

“I believe that the current administration is not doing this to be vindictive,” Campbell says. “They’re doing this because they really believe it’s the right thing to do.”

But Campbell questions the wisdom of placing too much emphasis on natural gas as a fuel source, and the pipeline infrastructure to carry gas to generating stations. He’s also concerned that the recent flurry of air and water regulations could cost his utility hundreds of millions of dollars in compliance costs and result in higher rates for his customers.

Ivy Brashear with the Mountain Association for Community Economic Development (MACED) in Berea says the combination of these forces puts Kentucky – and especially its Appalachian counties – at a crossroads.

State Plans to Meet Carbon Limits
The EPA’s Clean Power Plan would reduce carbon dioxide emissions from the nation’s coal-burning generating stations by 30 percent by the year 2030. To do that, EPA would establish target reductions for each state and then require states to devise their own plans to meet those limits. States that don’t submit a plan would be forced to adopt a generic strategy set by the EPA.

“It’s unbelievable how they’ve ramrodded this proposed greenhouse gas rule,” Bissett says. “We feel very confident that we’re going to win the legal challenges once the final rule is released.”

But Bissett and Campbell contend even the draft rule unfairly forces utilities to invest in new assets before all the litigation is concluded. While he says the proposed Clean Power Plan isn’t as punitive as he feared it might be, Campbell says EPA should give lawmakers, the courts, and the energy industry more time to determine if it’s prudent policy for the country.

Hank Graddy of the Cumberland Chapter of the Sierra Club says those concerns are overblown. He cites recent testimony by Kentucky Energy and Environment Secretary Len Peters that indicates the commonwealth may have to do nothing extra to comply with the EPA plan because of power plant closures previously slated for the state.

“We’re already on schedule to meet the regulation, all we have to do is do exactly what is planned,” Graddy argues. “So the statement about how disruptive this is going to be I think is nonsense.”

The coal association’s Bissett responds that his concern isn’t so much over what happens to existing plants but the prohibition on building new coal-powered stations. He says that will kill any future domestic market for Kentucky coal.

Graddy, who is part of the Sierra Club’s Beyond Coal Initiative, counters that the switch away from coal as a power source has more to do with economics than regulations. He says coal-fired plants are more expensive and dirtier to operate than other alternatives that would cleaner and more efficient.

The Renewable Energy Debate
“Coal has run its course and it’s time for this state, and this nation, and this world to embrace renewables. We have an incredible potential for new jobs by converting this state to a solar state,” Graddy says. “It is doable right now and we’re not doing it now because our leaders are looking backward rather than forward.”

Graddy contends that installing solar panels can be affordable for individual homeowners thanks to tax credits and net metering, which in effect allows residents to sell excess power back to their utility company. He explains that installations can range from private homes to large commercial businesses to so-called solar farms operated by utility companies. Graddy says countries like Germany that have fully embraced solar now get a significant portion of domestic energy needs from sunlight.

Bissett says Germany “wrecked” its economy by relying too much on solar and now that nation has returned to building coal-fired power plants. While sustainable practices are smart, Bissett says consumers still want reliable power for their ever-expanding range of electronic devices.

“I would like to see President Obama’s administration in this last two years start looking to these other countries, look at India, China, Australia, many countries that are embracing coal again because they see the economic strength it gives them,” Bissett says.

Making Homes and Businesses More Energy Efficient
East Kentucky Power’s Tony Campbell believes having a diversity of fuel sources is important. He says his cooperative plans to discuss plans for a solar farm with the Public Service Commission in the near future. But he’s concerned that residential solar will only benefit wealthy homeowners who can afford the investment.

Campbell says energy efficiency is the fairest approach. His coop and others have partnered with MACED to help consumers upgrade their homes to become more efficient. Ivy Brashear of MACED says that program involves no up-front costs to residents to retrofit their homes. Instead they in effect receive a loan for the upgrades, which they pay off with the savings they receive on their utility bills.

Brashear says the program results in less coal use and therefore less pollution from burning coal. Plus she contends they help low-income customers in eastern Kentucky who may face difficult choices between buying food and medicine or paying their utility bills. She says these upgrades along with retrofits to commercial businesses provide significant opportunities for the commonwealth. 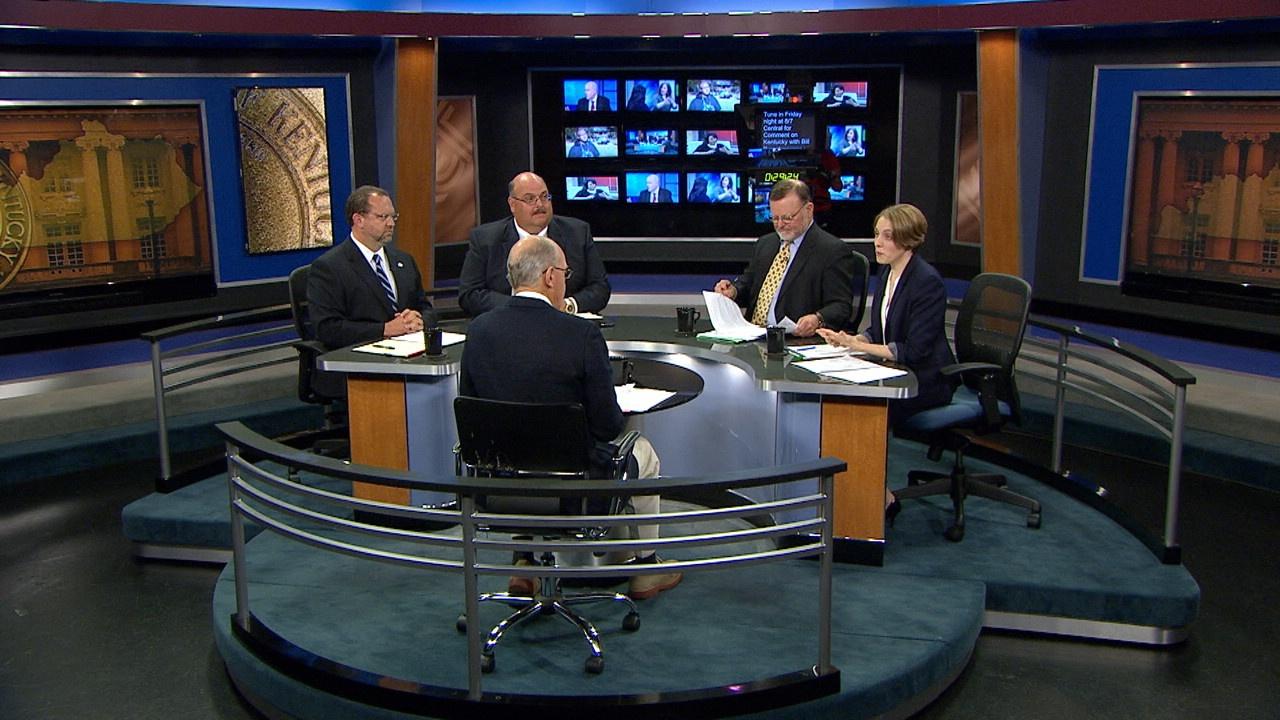