The Future of Political Parties

Republicans across America and in Kentucky are riding high on their recent electoral gains and their pending domination of the state and federal governments.

Meanwhile many Democrats find themselves licking their wounds over their mounting losses and wondering what the future holds for their party in the commonwealth and the nation.

The Fate of Democrats
The past three election cycles have been particularly bad for Kentucky Democrats, losing a U.S. Senate race in 2014, the governor’s office in 2015, and another Senate seat and the state House in 2016. Mike Ward argues that his party’s leadership has made the mistake of scolding voters for electing Republican candidates based on social issues rather than voting for Democrats who share their economic concerns. He says criticizing someone for voting against his or her self-interest isn’t a winning strategy. Ward says that theme carried through to this year’s election as well, but with a slight variation.

“I think this year, frankly, they were just lied to and voted against their interests,” says Ward. “A government run by plutocrats and robber barons is not what I think Trump voters voted for.”

Jonathan Miller says another challenge for Democrats is their focus on so-called identity politics to target issues of concern to specific voting blocks like minorities or LGBTQ individuals. He says he’s proud to be a member of the party that’s led the fight for civil rights and marriage equality, but he acknowledges that that’s left voters who aren’t affected by those issues angry that the Democratic Party no longer reflects their values or cares about their needs.

He takes the long view of politics, saying the country always goes in cycles so Democrats will be back on top in the future. Along the way, though, Miller says the party must learn to reengage with working-class Americans.

Republican Scott Jennings agrees that Democrats won’t succeed so long as they talk down to people who don’t live in big cities. He says when Bill Clinton won the White House in 1992, the Democrat carried some 1,500 counties across the U.S. But this year, according to Jennings, Democratic presidential nominee Hillary Clinton only won about 400 counties, and many of those were in the nation’s largest urban areas.

As for the Kentucky Democratic Party, Jennings pronounces it dead for the foreseeable future unless there’s a scandal in the GOP leadership or Democrats figure out how to reach voters beyond Louisville and Lexington.

Ward says Democrats did just that under President Bill Clinton, who he says successfully addressed the concerns of rural and urban Americans and framed issues in ways that people could easily understand. But he says Hillary Clinton didn’t share her husband’s ability to connect with voters that way.

“She’s committed, sincere, [and] wants to do the right thing for America but she was possibly the worst Democratic nominee of my lifetime,” says Ward.

The Future for Republicans
K.C. Crosbie credits part of the GOP’s gains this year to significant investments in voter data and ground-level strategies to bring in new voters. She says President Barack Obama proved how successful grassroots organizing can be during his 2008 and 2012 campaigns. But she contends the Democratic Party hasn’t replicated that strategy as successfully as the Obama team did.

Now that the GOP has solid control of Frankfort and Washington, Crosbie says Republicans must fulfill the promises they’ve made to voters, especially about creating jobs.

“We have to work very hard to show people that we are who we said we were and we’re going to do these things and get these things done,” says Crosbie. “If we don’t do that, I think we’ll see that tide change pretty quickly.”

From the Democratic perspective, Miller says state Republicans can be successful if they focus their legislative efforts on economic issues. But he says if they veer off into a conservative social agenda, that could give Democrats an opportunity to reassert themselves.

Another issue for the national GOP is demographics. Jennings says the party still wins in Sunbelt states, but the margins are getting narrower because of growing immigrant populations there. For the GOP to continue to thrive he says Republicans must become more inclusive of Hispanics and other minority voters.

Jennings adds that the real divide in the American electorate is no longer liberal versus conservative but urban areas versus the rest of the country. He says Democrats have largely limited themselves to bigger cities, while the GOP has focused on the rest of the country and issues that resonate there. He says that’s one reason why President-elect Trump, U.S. Sen. Mitch McConnell, and Kentucky Gov. Matt Bevin have been so successful in the commonwealth.

Jennings says the GOP is concerned about the hacks and he says Senate Majority Leader McConnell supports a Congressional inquiry into the matter. Even if Russian interests did successfully breach the campaigns, Jennings says they didn’t affect the outcome of the presidential election.

“The Russians did not tell Hillary Clinton to be the most unlikable presidential candidate in a century,” says Jennings. “This notion that the Russians had some outsized influence on causing Hillary to run a terrible campaign is ridiculous.”

Crosbie agrees, adding that the Russians didn’t help Trump carry traditionally Democratic eastern Kentucky by wide margins. She acknowledges that Russia is a threat to American cyber-security, but says other countries are as well.

Miller argues that the matter is bigger than who won the White House. He says younger Americans who don’t remember Soviet aggressions during the height of the Cold War may not understand the dangers posed by Russian President Vladimir Putin.

“Donald Trump won the election fair and square. … This is an issue about how we view this Russian threat,” says Miller. “People are going to have to decide whether or not they’re going to be with the U.S. or they’re going to accept all these blandishments about Putin, who is a bad guy.”

The Role of the Media
Trump frequently attacked the media for allegedly being biased and inaccurate. It’s not the first time a candidate has blamed news outlets for coverage of their campaigns, but Miller says journalists do face a growing chorus of criticism about how they do their jobs.

“The media used to be filled with folks like Walter Cronkite who were seen as neutral arbiters of the truth,” Miller says. “We now are at a phase where for so many people, whether they’re left or right, but particularly on the right, the mainstream media is seen as a biased source and they don’t have the credibility to help provide a mutually agreed set of facts where we can all have a public debate.”

Miller and Jennings concur that journalists need to get out of their own bubbles, whether that’s in New York, Washington, or Frankfort, and do more shoe-leather reporting about the concerns and values of rural voters. Crosbie says she was often frustrated by how media coverage over-generalized the electorate by saying things like educated women would only vote for Clinton. She contends that was inaccurate and missed the underlying discontent permeating the nation in the last few years.

“I think that what the people of this country and the state of Kentucky [wanted] when they voted for Donald Trump and Matt Bevin is they were speaking clearly that they wanted change,” says Crosbie. “They wanted somebody to come in there and speak up for them.” 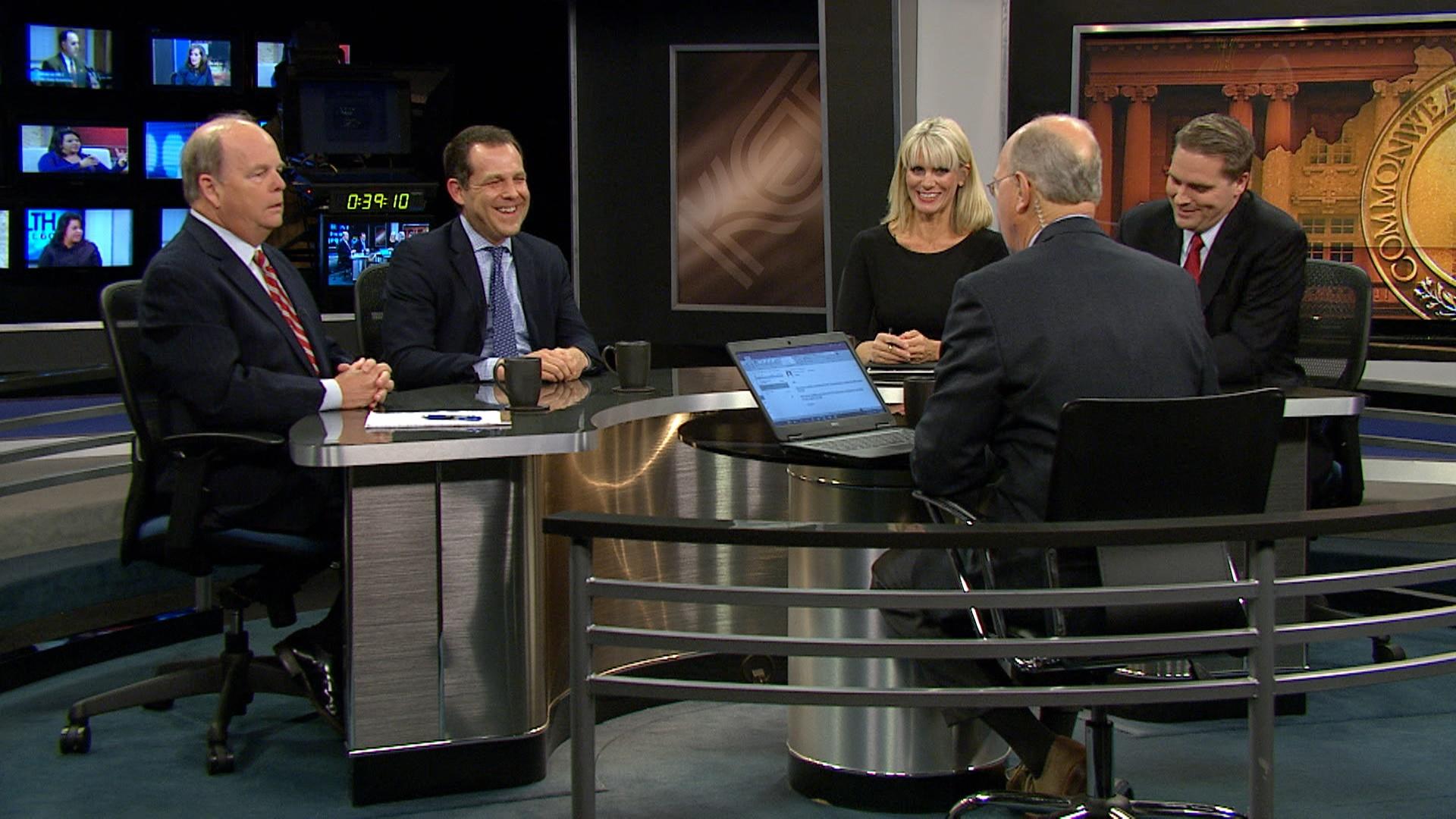