Challenges and Opportunities for the Beshear Administration

Bob Babbage has seen his share of gubernatorial transitions in the commonwealth. The long-time lobbyist and former Kentucky Auditor and Secretary of State says the inauguration of a new governor is a time for celebration, inspiration, and optimism.

“It’s a fresh start,” says Babbage. “It’s a time to renew our energy, our commitment to public advancement and set the aspirational goals for the future.”

But Democrat Andy Beshear, Kentucky's 63rd governor, will face a range of daunting challenges, not the least of which is a General Assembly where Republicans hold supermajorities in both chambers. KET's Kentucky Tonight discussed the prospects for the new administration on the eve of Beshear's inauguration.

“It's going to be a new day,” says Senate President Robert Stivers (R-Manchester). “I think there’s all types of opportunities for common ground.”

First and foremost, says Stivers, is tackling the opioid crisis, which Stivers says is a nonpartisan issue. More than 1,100 Kentuckians died from opioid-related overdoses in 2017. As he did as attorney general, Beshear has pledged to continue to hold drug makers accountable and push for more treatment options for those with substance use disorders.

During his campaign, Beshear also pledged to give public school teachers a $2,000 across-the-board pay raise. Stivers says he thinks there's broad consensus on boosting pay for all education employees. But he says that doesn't mean it will be easy to achieve.

“The question becomes where do you find the money to pay for it,” says Stivers.

The new governor wants to allow expanded gaming, including sports betting, as a way to generate more revenues for state coffers. He also wants to legalize and tax medicinal use of marijuana.

But Beshear will likely find opposition to those ideas among some lawmakers. Republican leaders in the Senate have already come out against expanded gaming. In the House, Rep. Adam Koenig (R-Erlanger) has proposed legislation to allow betting on sporting events at the state's horse racing tracks and at the Kentucky Motor Speedway.

Ashli Watts, the new president and CEO of the Kentucky Chamber of Commerce, says sports betting is a "no brainer," especially since several neighboring states already allow it.

“I've done sports wagering for years,” says Watts. “It's called the [Kentucky] Derby and this is really just an extension of that… We might as well collect the money and keep it here in Kentucky.”

Watts admits revenues from sports wagering won't solve the state's financial woes. Even with the strong economy, she says lawmakers will face a difficult budgeting process in 2020 due to high pension, corrections, and Medicaid costs. Watts hopes the General Assembly will consider other sources of new revenues, such as taxing e-cigarettes and vaping products at the same rate as traditional tobacco products.

Last week outgoing State Budget Director John Chilton warned incoming Gov. Beshear that the state could face a budget shortfall of some $1 billion heading into the next biennium. Jason Bailey of the Kentucky Center for Economic Policy attributes part of that shortfall to state tax cuts enacted by the legislature during the past two sessions. He says those cuts have eroded the tax base and left little money for lawmakers to pay for basic public services. But Bailey contends there are ways lawmakers and the new governor could recoup lost moneys.

“We give away about $8 billion in a variety of tax credits and exemptions and special deductions that is continuing to grow but is never trimmed back,” says Bailey “We can have a conversation about those things that would raise significant revenue.”

Along with weak General Fund revenues, Kentucky also struggles with adequate resources for its Road Fund, which is largely supported by proceeds from the state's motor fuels tax.

For years, Kentucky had a variable tax rate tied to the wholesale price of gas, which caused revenues to vary widely. In 2015 lawmakers set a floor of 26-cents a gallon below which the gas tax could not drop. But with more fuel-efficient cars, the state has struggled to collect enough gas-tax revenue to maintain a flush infrastructure budget.

“We don't have a lot of other options when it comes to funding roads,” says Bailey, who calls a levy on gas a regressive tax. “This is really just about modernizing a tax we’ve had for a long time.”

Proposals to raise the gas tax by 10 cents or more are circulating around Frankfort. But with 2020 being an election year for many state lawmakers, passing an increase could be difficult, despite significant infrastructure needs around the commonwealth.

At the same time, though, every state surrounding Kentucky has raised its gas tax in recent years, according to Watts.

“There really could not be a more critical issue when you look at economic development and really moving our state forward,” she says. “Is it an easy vote? No... but it’s a needed vote.”

While Kentucky has made great strides in overall business competitiveness during the administration of Gov. Matt Bevin, Watts warns that the state will quickly fall behind without infrastructure repairs and improvements.

Another transportation issue before state lawmakers is a proposal to change how the Secretary of the Transportation Cabinet is selected. Traditionally the governor appoints a person to that post. (Gov. Beshear has named former Lexington Mayor Jim Gray as his transportation chief.)

Under the proposed bill, a board comprised of representatives of the Kentucky Chamber, the Kentucky League of Cities, and the Kentucky Association of Counties would select three candidates for transportation secretary from which a governor could choose his or her nominee. That choice would be subject to confirmation by the state Senate.

“This isn’t directed at an individual,” says Stivers. “It’s directed at the institution of the governor’s office, and how much power and how they use that power in the Transportation Cabinet, which is a multi-billion entity.”

There are boards that appoint other state executives, but Bailey fears having a board select a transportation secretary could be the start of a slippery slope.

“It's very difficult to take the governor out of what’s really the governor's responsibility, which is to implement the spending of the state,” says Bailey. “If we take this away, where does it end?”

Strengthening public education and enacting further criminal justice reforms were other key components of Beshear's gubernatorial campaign. The new governor says one of his top priorities is to reorganize the Kentucky Board of Education, which could lead to the ouster of current Education Commissioner Wayne Lewis.

Kentucky Youth Advocates executive director Terry Brooks says public education has long been political, but it doesn't have to be partisan.

“I don't believe that K-12 has to be a divisive issue," he says “The Senate and House and Gov. Beshear have all talked about the need for reforms in the accountability and assessment system.”

“If I as a superintendent hire a school nurse, I can get four nurses for the price of one,” says Brooks.

Many Kentucky youth face the unique challenge of having a mother or father in jail. In fact the state has the second highest rate of incarcerated parents in the nation. Despite recent criminal justice reforms, the commonwealth's jail populations continue to increase.

“We have an extremely large number of people who are being held in jail who haven’t been convicted of anything,” says Bailey. “They are being held pretrial because they do not have the cash to get out.”

Bailey and Brooks say lawmakers should consider bail reform along with juvenile justice reforms to reduce youth incarceration and address the disproportionate contact minority youth have with the criminal justice system.

Anne-Tyler Morgan, a senior fellow with Pegasus Institute, says bail reform may be too much for lawmakers to handle during a budget year, but she hopes they might tackle probation reform as an interim step. She also praised Beshear's appointment of former Kentucky Supreme Court justice Mary Noble to serve as Justice and Public Safety Cabinet secretary. Morgan says Noble will bring a valuable perspective to criminal justice reform.

“Hopefully Justice Noble will really be key to bringing the judges and the judicial branch of government into the conversation,” says Morgan. “I’m very hopeful about where things can go under her leadership.”

Another campaign promise of Beshear's is to rescind the Bevin Administration's Medicaid waiver, which would require certain people in the expansion population to work, volunteer, or go to school for 20 hours a week. They would also have to pay small premiums and copays to maintain coverage.

The Bevin Administration estimated that the waiver would move thousands of Kentuckians off the Medicaid rolls. But the proposal is currently under legal challenge and has not been implemented. None of those changes would happen if Beshear follows through on his promise to rescind the waiver.

“That is a tremendous victory for the Medicaid expansion,” says Bailey. “We’re not going to see more than 100,000 people even by the state’s own estimate lose coverage.”

Morgan says a more pressing issue has developed: the pending end of managed care agreements with organizations contracted by the state to run Medicaid.

“We have no extensions left on the managed-care contracts that we have,” says Morgan. “All of these 90 percent of Medicaid recipients who are enrolled in managed-care programs are going to now be questioning where their care is coming from.”

The Beshear Administration will have to act quickly, she says, to decide how to proceed with new contracts for coverage. Brooks says it's critical for the contract issue to be resolved so that needy individuals and families don't find themselves without health care coverage.

Lawmakers may also consider welfare reforms in the 2020 session, although Morgan says she sees little appetite to tackle that issue. Meanwhile the Trump Administration wants to tighten eligibility requirements for those who receive food stamps under the Supplemental Nutrition Assistance Program (SNAP). Those changes could save the federal government more than $2 billion a year, but may also cost 3 million Americans their food-stamp benefits.

“Those kind of public benefits really do pay a return on investment,” Brooks says.

“We are finding... so much good evidence about how these programs improve health, improve success in school, improve employability and income later in life,” adds Bailey. “These are foundational investments.” 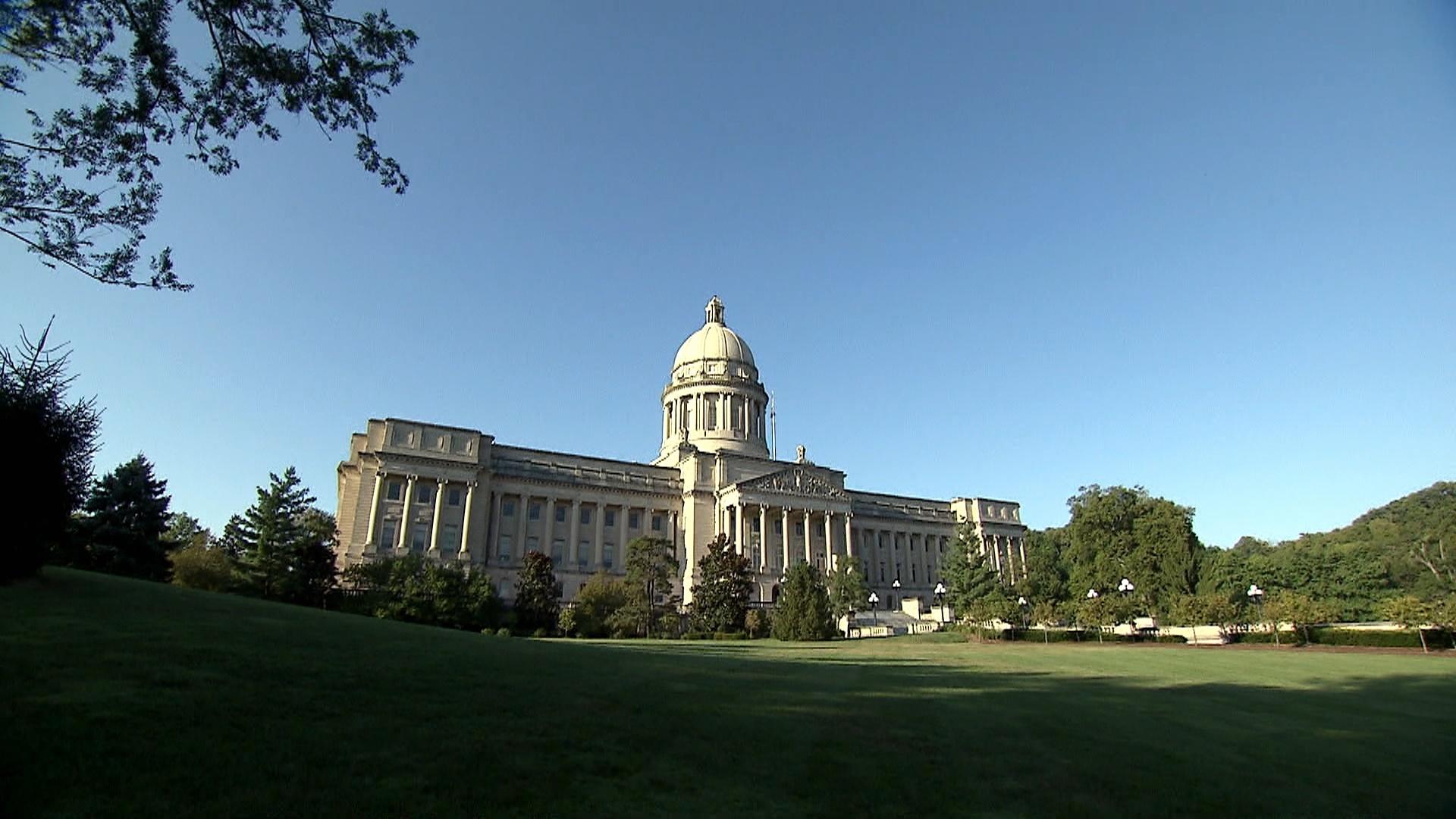