Are the health reforms implemented in the commonwealth in recent years wildly successful or deeply flawed budget busters? Should Kynect be closed and Kentucky consumers moved to the federal health insurance exchange? Can the state’s expanded Medicaid rolls be sustained or should the program evolve to offer more cost-efficient options?

These are some of the questions the panel on KET’s Kentucky Tonight explored in a discussion about health care. The guests were Kentucky Cabinet for Health and Family Services Secretary Audrey Tayse Haynes, along with John Garen, a University of Kentucky economics professor; Dr. Neal Moser, a pulmonologist and critical care physician in Edgewood; and Dr. Monalisa Tailor, an internist and an assistant professor of medicine at the University of Louisville.

The Impacts of Reform
Haynes says the state health exchange Kynect has worked beautifully for consumers and that the expanded Medicaid program has provided critical health coverage for Kentuckians. Some 500,000 people have acquired insurance under the reforms, and the rate of uninsured individuals in the state has dropped to 9 percent.

A large part of that decrease comes from a relaxing of Medicaid eligibility requirements. Haynes says Medicaid has gone from being a program for very low-income disabled individuals to helping a broad range of Kentuckians who make up to 138 percent of the federal poverty rate. She says reforms also made it possible for people with pre-existing conditions to get coverage, and for those with substance abuse and mental health issues to get treatment.

“We’ve been wildly successful by all measures,” Haynes says. “We have really taken full advantage and it’s so great for Kentucky.”

As for the Medicaid portion of the reforms, economist John Garen says that’s a system fraught with difficulties. He says reimbursement rates are low for providers, there are too few wellness incentives, and that the system encourages people to remain in poverty so that they can keep their coverage. Garen also questions the validity of studies commissioned by Gov. Beshear’s administration that indicate the increased expenses associated with expanding Medicaid will be offset by cost-savings and new jobs created by the health reforms. He fears the expansion will bust state and federal budgets.

“Fundamentally we’re ramping up on a very, very flawed system,” argues Garen. “In my mind this is just at best a stop-gap measure until we can get to a better kind of reform that will be more efficient [and] more patient-centered.”

The View from the Doctor’s Office
Dr. Tailor says the reforms have benefited the patients she sees at her inner-city Louisville clinic. She says two years ago about half of the people she treated didn’t have health insurance, so she and her colleagues had to find creative ways to get patients the diagnostic testing they needed, and then treat them with generic medications that only cost $4 each.

Now that more of her patients have insurance, Tailor says they have access to a greater range of services and medications.

“I think we want to ensure that we can take good care of our patients and make sure that they get the treatment and care that they need,” Tailor says.

Dr. Moser says he thinks the reforms are more about creating jobs than actually improving health care. He’s concerned that providers are still losing money on Medicaid reimbursements and that Affordable Care Act mandates that tie a doctor’s pay to patient health outcomes haven’t proven to be successful. But the biggest challenge, according to Moser, is that there aren’t enough medical professionals to treat all the people now seeking care.

“The docs are burning out, we can’t train nurse practitioners fast enough, the physicians’ assistants are in the same boat,” Moser says. “So unless we can continue to craft this system into something that’s efficient, fair, and good medicine, the system is going to break.”

Calls to Abolish the Kentucky Exchange
Some critics of the reforms, including Republican gubernatorial candidate Matt Bevin, have suggested ending Kentucky’s health exchange and moving customers over to the federal exchange.

Moser says that would save the roughly $28 million a year the state spends to operate the Kynect website. But he doubts whether moving to the federal exchange would resolve the basic issues.

Secretary Haynes says that Kentuckians would likely pay more for coverage acquired from the federal exchange because it charges a 3.5 percent fee against insurance policies while Kynect only charges 1 percent. (That fee is actually paid by the insurance companies, which Haynes says gets passed on to consumers.)

Haynes also finds it ironic that some Republicans actually want to cede local control of the insurance enrollment and purchasing process.

“I cannot believe that… I would live to see the day that folks to the right of me politically would ever want to move any program to the federal government because this is a party of states’ rights,” Haynes says.

Regardless of which exchange a consumer ultimately uses, Dr. Tailor says a fundamental flaw still remains.

“I think one of the underlying problems with the Affordable Care Act… is that we never addressed the fact that our health care costs are so high,” says Tailor. For example, she says it doesn’t make sense that an emergency room patient pays $24 for one ibuprofen tablet.

“So whether we’re in a state system or the national system, that’s going to continue to be an issue,” Tailor says.

Garen says the challenge is how to provide health insurance to low-income people and those with preexisting conditions. He contends the ACA, which was supposed to help that, actually moves in a different direction by giving consumers fewer choices, often at a higher cost.

“Rather than simply patting ourselves on the back and saying we expanded Medicaid and adopted an exchange, we need to think more fundamentally about what’s driving health care costs and moving forward with reform… in a different direction,” Garen says.

The Indiana Approach
That new direction could include aspects of a model created by the state of Indiana.

According to Kentucky Health News, the Hoosier state received federal waivers to create a four-tiered system of Medicaid that differentiates consumers based on several criteria including income and degree of physical frailty. Some clients make co-payments on some services, and others can pay small premiums (as low as $1) to receive enhanced benefits. The Indiana plan also offers incentives to clients who pursue wellness activities.

Dr. Moser says that’s one good way of getting patients more engaged in improving their own health. He says incentives can also be used to get patients to seek care from their doctor or an urgent care clinic, rather than making a much more expensive emergency room visit.

State Republicans including Matt Bevin are looking at how the commonwealth’s Medicaid program could be made more like Indiana’s. Economist John Garen says he thinks it’s important for Kentucky to consider the Hoosier model and the benefits it can offer consumers and taxpayers.

For her part, Health and Family Services Secretary Haynes says the options Indiana pursued weren’t available when Kentucky launched its Medicaid expansion. She says managed care organizations in the state are providing more wellness incentives, and that Medicaid patients can be charged copays for seeking ER care as a way to discourage that behavior. Haynes adds that Kentucky is implementing an incentive pool for Medicaid subscribers that will be based on chronic disease outcomes and health screening scores. 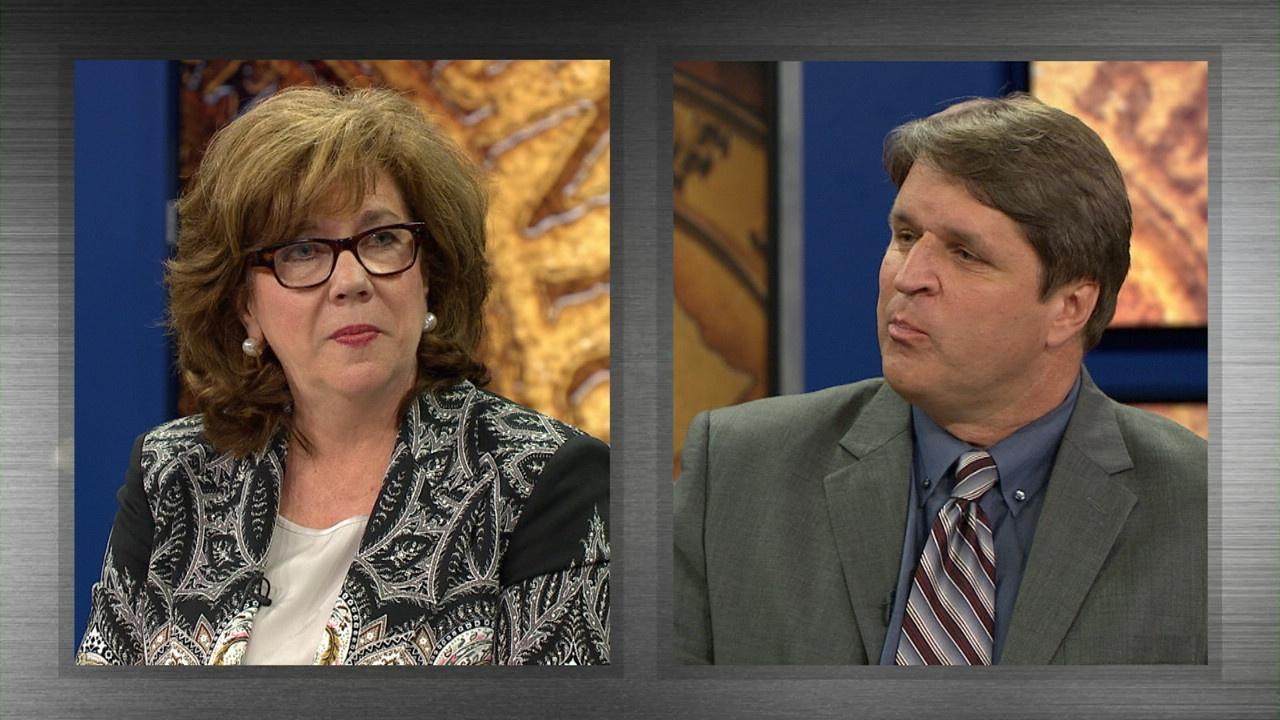