It was an image that flashed across newspaper front pages and TV newscasts the Monday after Thanksgiving: A Hispanic mother and her two, diaper-clad daughters fleeing a tear gas canister shot by American border patrol agents into a crowd of immigrants in Tijuana, Mexico.

The scene captured by a Reuters photographer incensed those who felt it inhumane to gas immigrants, especially women and children, hoping to find refuge the United States. To others, the chaotic image of migrants attempting to breach the U.S.-Mexico border exemplified the need for a massive border wall and tighter immigration policies.

Chacon was brought to the United States illegally when he was five years old. After El Salvadoran gangs kidnapped and ransomed his father and grandfather, the family applied for asylum in the United States but were denied. Chacon says his parents were wealthy enough to qualify for a visitor’s visa, so they came to America as tourists and stayed illegally.

Now some 17 years later, Chacon is a nationally recognized honor student. He is also a beneficiary of the federal Deferred Action for Childhood Arrivals program, known as DACA, which allows illegal immigrants who arrived in the U.S. as children to remain in the country under certain circumstances. There are an estimated 6,000 DACA recipients in the commonwealth.

“This idea that DACA gives you a straight pathway to citizenship, that’s just not the case,” says Chacon. “Basically you’re given a paper with a promise from the government that you won’t be deported, for now.”

Chacon and other so-called Dreamers must renew their DACA status every two years and pay a $495 filing fee each time. They must also be in school or serve in the military and have no criminal record. Most Dreamers are from Latin America, but Chacon says they also come from Canada, the United Kingdom, Israel, and other countries.

How to Treat Those Seeking Asylum
His family’s experience of trying to abide by asylum rules, being denied entry to the U.S., and then coming illegally gives Chacon a unique perspective on the immigration debate. He contends that regardless of the circumstances, those migrants attempting to cross the border at Tijuana last month did not deserve to be tear-gassed. He says those who are wealthy or highly educated have more options for legally entering the U.S. than those impoverished migrants who are seeking the opportunity for a better, safer life.

“Our immigration system is out of date,” says Chacon. “It is a system we created in 1965… and it’s only been updated to make immigration stricter, and it’s been stripped of humanity. I think a great example of that was the gassing of the asylum seekers at the border.”

Trump administration officials argue the use of tear gas was justified because some migrants tried to breach a border fence and pelted border guards with rocks. Jessamine County Attorney Brian Goettl says the use of tear gas to control the border was first approved by Pres. Barack Obama in 2010, and used more than 50 times in 2012 and 2013 by his administration. Goettl describes tear-gassing as an appropriate use of “limited force” to ensure that the border is secured against those trying to illegally cross it.

“They’re not being treating in an inhumane manner,” says Goettl. “They’re being treated in a legal, lawful manner and our resources are being expended to help them.

Goettl says immigration officials are processing 100 asylum seekers a day, but he adds that less than 10 percent of those Central American migrants currently amassed along the border probably qualify for asylum.

Garrard County Attorney Mark Metcalf, who also served as an immigration court judge in Miami during the George W. Bush Administration, says that asylum law covers those who are fleeing persecution based on religious or political beliefs or because they are members of certain groups. He says asylum wasn’t meant for those escaping violence or poverty. But with more than two million people gaining legal status each year, Metcalf says American asylum laws are still incredibly generous.

Immigration attorney Duffy Trager urges a more compassionate view of those fleeing civil wars, gang violence, or extreme poverty in their native countries. He agrees with Chacon that poor people deserve a fair shot at asylum, but he says immigration laws are stacked against them.

“If you don’t have an employer here or a family member here with immigration status, you can’t get here,” says Trager. “There are exceptions to that rule, but generally… that’s the reality of it.”

Updating the Current System
So how could American immigration laws be improved? Trager says he would first address the plight of the estimated 12 million undocumented people already living in America. Then he says there needs to be a better balance among the current policies that hand out employment-related visas to people with certain desirable skills, allow entry to migrants who already have family members in the U.S., and consider admitting those seeking asylum.

“I want the U.S. to be a place where people want to come, and start businesses, and get degrees, and stay, and go into jobs where they continue to give back to our economy,” says Trager. “I fear that some of these insular policies and the fear that’s going on right now are going to have the inverse effect where other countries are going to capitalize on the talented people throughout the world.”

Undocumented immigrants already pay $11.6 billion in taxes, according to Institute on Taxation and Economic Policy. But Metcalf argues that using immigration as a tool for expanding the American economy and the tax base can only go so far. Even though those migrants may pay taxes now, he says they will eventually grow old and want Social Security benefits like all other Americans. He believes immigration policy should focus on three functions.

“What we need to do… is to get rid of the people who should not be here, foster the entry of people who should be here, and secure our borders,” Metcalf says. “When we have those kinds of policies in place, we can solve a lot of the problems.”

Chacon says he wants to see policies that include a pathway to citizenship for migrants escaping extreme poverty in their homelands. He also wants to ensure that immigration laws don’t treat those migrants as second-class citizens while they complete the citizenship process.

Goettl says such a pathway already exists, but he says immigration activists don’t like it because they contend it takes too long to complete. He says he would explore allowing migrants to come to the U.S. as permanent residents but not necessarily give all of them citizenship. Those who come here illegally should be placed at the end of the immigration line, Goettl says. He also wants lawmakers to consider ways to safely repatriate some refugees back to their home countries.

Changes to Work Visas
Another policy reform Goettl suggests is to ensure that the H-1B visa program doesn’t put American-born workers at a disadvantage. H-1B visas allow American employers to hire migrants with a particular expertise to work for three years in certain occupations like medicine, scientific research, or information technology. Goettl contends that H-1B employees in the technology industry have cost some Americans their jobs and depressed wages for all workers in that sector.

“That’s what we’ve seen in the big tech companies,” says Goettl. “That’s why you see [Facebook CEO] Mark Zuckerberg out there moving for immigration reform because that’s what he wants to do: he wants to keep his costs of employment low.”

Too often in the H-1B visa debate, migrant workers get the blame, according to Chacon.

The Trump administration has proposed new rules that would tighten the requirements on who can qualify for an H-1B visa. Trager admits there have been some abuses, but overall, he says the program has been successful. Metcalf says he opposes additional restrictions on the visas, but he does favor policies to prevent fraud in the H-1B application and approval process.

The Border Wall
A potential government shutdown looms as Congress and the Trump administration work to resolve their latest battle over how to fund the president’s proposed wall along the U.S.-Mexico border. President Trump wants $5 billion in funding, while Congressional Democrats want to allocate $1.6 billion for border security.

“I think it’s silly,” Trager says of the border wall plan. “It’s 14th-century technology for the modern-day era. There are cheaper, more effective ways to enforce the border.”

Trager and Chacon prefer what they call a “virtual wall” that relies on cameras, drones, and rapid response teams to monitor the southern border. Chacon fears a physical wall will lead desperate migrants to take even more dangerous measures than they already do to try to enter the country.

Goettl calls the notion of a virtual wall “completely unrealistic” for many parts of the border. He contends that would likely end up costing more than a physical wall.

“The Israelis use a wall, and it’s the most effective border barrier that we know of,” Goettl says. “It may be old technology, but sometimes old technology is the best technology.”

Constructing the border wall could cost as much as $22 billion, according to some estimates. But Metcalf says those costs should be weighed against the potential savings that would result from having a physical barrier. He says it would improve public safety and health, and reduce the number of people who die or become victims of human trafficking when they pay so-called coyotes to smuggle them across the border. Metcalfe adds that the U.S. must have a secure border because the nation simply can’t allow everyone who seeks refuge here to enter and stay in the country.

“If you open the borders, Central America will empty – that’s what will happen,” says Metcalf. “There’s not a better place to live in the world than this place, and we want to keep it that way.” 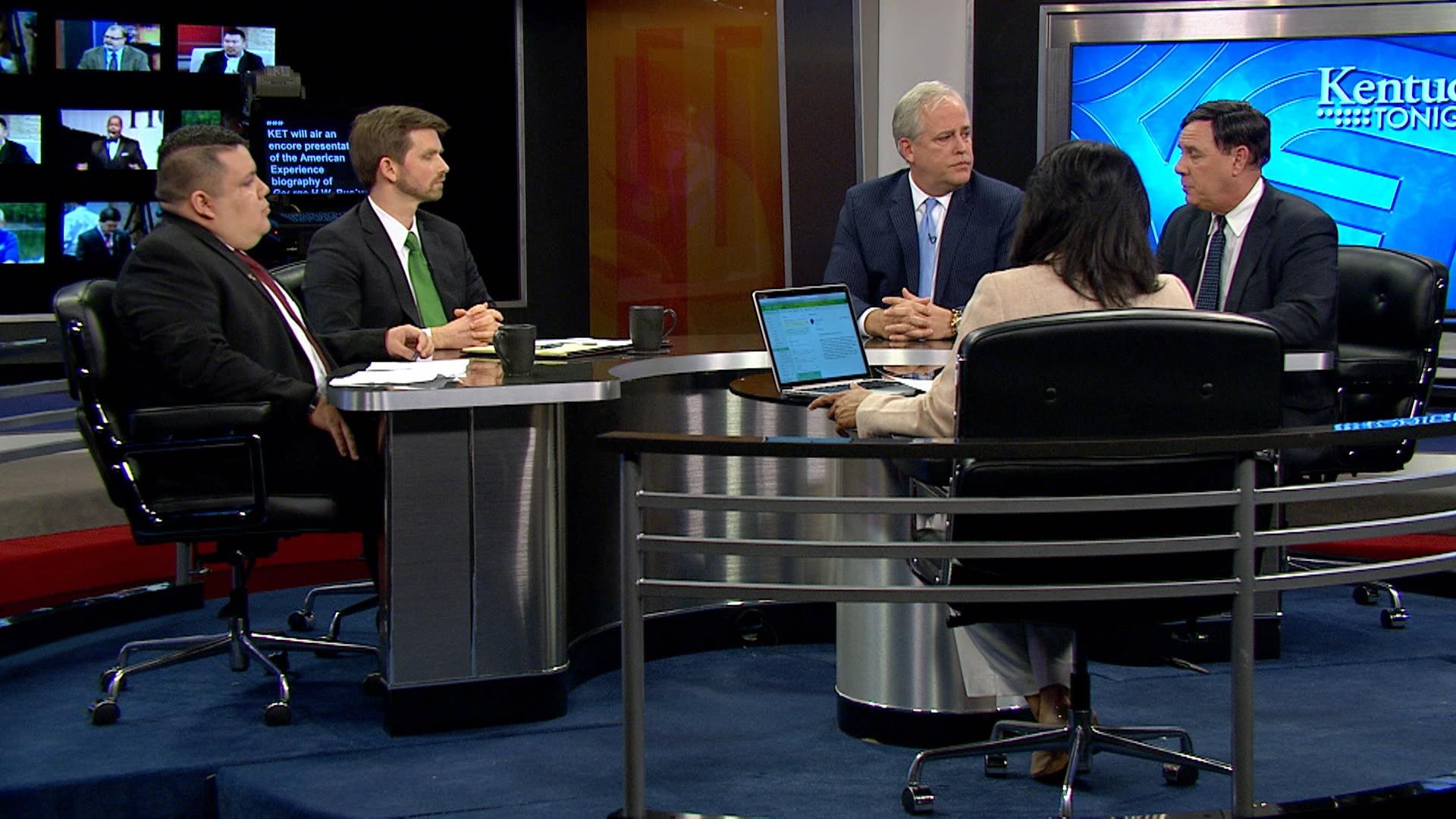