Jobs and Wages; No Simple Solutions

Kentucky’s unemployment rate for June was 5.1 percent. That’s nearly a point and a half lower than the rate for June 2014. Plus the commonwealth’s jobless rate remains below the national average.

It depends on who you ask.

Guest host Renee Shaw and the panel on KET’s Kentucky Tonight discussed the state’s job market and a number of wage and employment issues that affect economic prosperity here. The guests were Jason Bailey, executive director of the Kentucky Center for Economic Policy; Julia Crigler, state director of Americans for Prosperity; Caitlin Lally, communications director for United Food and Commercial Workers Local 227; and Brian Strow, an economics professor at Western Kentucky University and policy scholar for the Bluegrass Institute for Public Policy Solutions.

Digging Deeper into the Numbers
The state’s unemployment rate has been slowly dropping in recent years as the nation struggled to recover from the recession. For example, Kentucky’s jobless rate in June 2011 was 9.6 percent. But digging further into the 4.5 percent drop in the last four years reveals some less heartening news about the state’s economic health.

Jason Bailey and Brian Strow agree that the June 2015 numbers overstate how good things are in the commonwealth. Strow notes that Kentucky’s employment rate only increased .1 percent last month, so he attributes the biggest portion of the unemployment rate decrease to adults simply dropping out of the labor market.

Bailey adds that the recovery has been concentrated in counties generally within the so-called Golden Triangle in north-central Kentucky, and along the interstate highway corridors. Although the state gained 40,000 jobs in the past year, Bailey says only 28 counties have increased employment since the recession started.

“We’ve seen some manufacturing come back,” Bailey explains, “but certainly for the more rural areas that have employment in coal, for example, those are the counties that have had the steepest employment losses.”

Bailey also points to job growth in health care, which he attributes to more Kentuckians getting insurance coverage under the Affordable Care Act. But Julia Crigler of Americans for Prosperity Kentucky says rural hospitals are struggling to stay open because of reimbursement issues. She says the recovery is not nearly as strong as it should be.

“Gov. Beshear’s administration does a great job of celebrating mediocrity,” Crigler says. “I think if you ask the average Kentuckian, in no way do they feel like we are in the stages of a robust comeback.”

United Food and Commercial Workers representative Caitlin Lally acknowledges much work remains to be done to improve the state’s economy but she is optimistic about the future. She points to the $82 million contribution to Kentucky’s Rainy Day Fund that Beshear made from the state budget surplus for fiscal year 2015. Lally says that surplus largely came from higher-than-expected income and business tax revenues, which she says indicates a growing economy.

Worker Training
The panel attributes some of Kentucky’s employment issues to problems with the state’s labor pool. Economist Brian Strow cites a recent CNBC report that ranks the quality of the commonwealth’s workforce at 49th in the nation. Furthermore he says Kentucky ranks last in the percentage of jobs that require a college degree.

“And our wages reflect that,” Strow says. “When we don’t have a high level of education, we’re not going to command the wages that other states get… We have done a poor job over time getting average Kentuckians to the level of education or skill necessary to take the jobs of the 21st century.”

Bailey agrees that worker training is crucial and blames cuts to education funding for a large part of the problem. He says the community and technical college system, which is a significant provider of workforce training, saw its budget slashed by 28 percent during the recession. That drove up tuition rates, which Bailey says put more of the financial burden to pay for job training on Kentuckians who can least afford it. He contends the biggest thing the state can do to create jobs and grow the economy is to invest in education and worker training.

The Minimum Wage
Repeated efforts by state Democratic lawmakers to increase the minimum wage in Kentucky from $7.25 to $10.10 an hour have failed in recent legislative sessions. Last year the Louisville Metro Council voted to raise the local minimum to $9 an hour by 2017, but that action is facing a court challenge. Meanwhile Lexington officials are considering a gradual boost to $10.10 per hour.

Jason Bailey says raising the minimum would benefit a significant number of low-income Kentuckians of all age groups without adversely affecting employment in the state. He says that nearly half of fast-food workers making minimum wage in Kentucky rely on some form of public assistance to make ends meet.

But Julia Crigler argues that boosting the minimum wage is an ineffective way to address poverty. She says higher minimums result in higher prices for goods and services and in fewer employment opportunities.

“The reality is when you do a minimum wage hike, there’s a cost and the cost is jobs,” Crigler says. “The group that it hurts most is teens, it’s students and it’s unskilled laborers, which is the same group of people that a lot of supporters of the minimum wage claim to try to be helping.”

Brian Strow adds that increasing the minimum will only deepen existing unemployment problems in impoverished and rural areas of the state. Plus he says setting artificial wage minimums fuels a black market in undocumented immigrants who are willing to work off the books for lower pay.

“You don’t invest in education by overpaying by a third for a new school,” argues Strow. “That’s counterproductive to increasing wages in Kentucky.”

“This is about providing folks… a decent wage so that they can support their families,” Bailey says. “And making sure that we don’t have shoddy construction projects that are dangerous for the kids who are coming in there being run by fly-by-night contractors.”

Caitlin Lally of the United Food and Commercial Workers adds that prevailing wage strengthens local economies by putting more money in workers’ pockets, which they will then spend at their neighborhood stores and businesses. Julia Crigler of Americans for Prosperity Kentucky counters by saying that a repeal of the state’s prevailing wage law is one of several reforms that would make the commonwealth more competitive for new business.

Right to Work
Another issue GOP lawmakers have promoted is a statewide right-to-work law, which would prevent workers from being forced to join a union or pay union dues as a condition of employment. Senate Republicans made right to work their top legislative priority in the 2015 General Assembly session, but the measure was defeated in the Democratically controlled House.

Tennessee, Indiana, and Virginia, along with 22 other states have passed right-to-work laws. Strow says these states have experienced faster economic growth and more job creation than states without the law.

“Right to work is nothing but a political tactic that’s been used to destroy workers’ collective power across the country,” Lally says. “Workers make less in states that have passed these laws, they are less likely to have health insurance, and the workplace safety rate is worse.”

Employees in right-to-work states make about $1,500 less a year on average than in other states, according to Jason Bailey. He adds that promises that say right to work will ignite a “job bonanza” aren’t supported by employment data. Bailey says Kentucky has outperformed Tennessee and Indiana in job growth since those states passed their right-to-work laws.

With state right-to-work legislation stymied by House Democrats, a dozen counties in Kentucky have passed local right to work ordinances. Kentucky Attorney General Jack Conway says cities and counties don’t have the legal authority to pass such laws locally, and several unions have filed a federal lawsuit challenging some of the local ordinances. 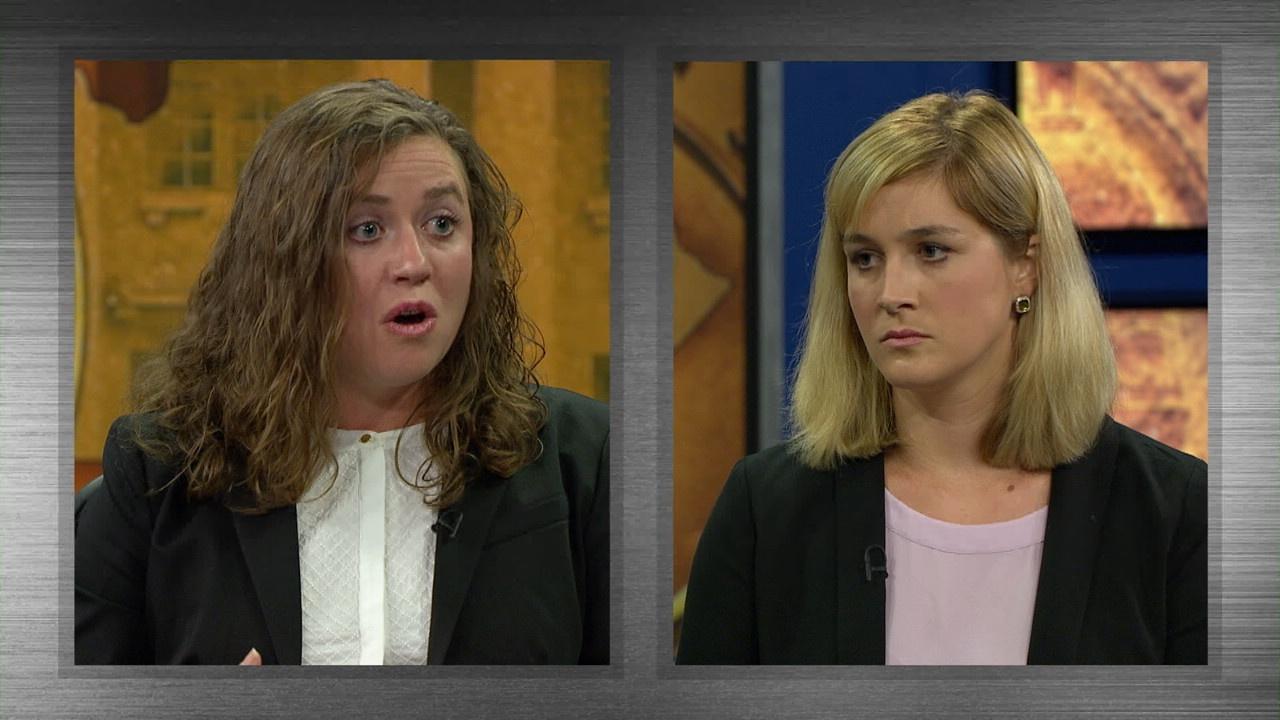