With the 2022 General Assembly now completed, lawmakers have a chance to catch their breaths and reflect back on their work during the 60-day session.

“Some highlights were (that) there were some really good things in the budget,” says House Minority Floor Leader Joni Jenkins. “The lowlight, we really passed some really divisive bills about education, about abortion access, and I think there were some missed opportunities with the great revenues that we had to work with this time.”

The Shively Democrat says lawmakers could’ve made big, bold investments in pre-kindergarten funding or infrastructure projects. She says the legislature also should have approved sports betting and medical marijuana.

House Speaker David Osborne (R-Prospect) says he supported those measures – not because of the potential revenues for the state, he contends, but because they make good business sense. He says horse racing interests have acted responsibly in the commonwealth for generations, so allowing them to expand into sports betting is a natural extension of their product base. On medical marijuana, he says he’s tired of “making criminals out of sick people.”

“Our caucus and our chamber felt very strongly about both of those items and passed them pretty handily with bipartisan support,” says Osborne. “Unfortunately, they just didn’t enjoy the same kind of support down there [in the Senate].”

Senate President Robert Stivers (R-Manchester) acknowledges that all the research he’s read indicates medicinal marijuana use can help people with certain conditions, such as seizures, pain from joint inflammation, and the side effects of cancer treatments.

“But everyone concluded sample sizes were too small, duration was too short, and more study was needed,” says Stivers.

He says the research also shows that prolonged marijuana use is detrimental to brain development in young people, creates a risk of psychotic episodes, and has more carcinogens than tobacco when smoked.

“We are prescribing opiates and morphine to people, but afraid to prescribe marijuana,” says Senate Minority Floor Leader Morgan McGarvey (D-Louisville). “It’s a missed opportunity because we’re not putting it for a vote in the state Senate.”

Under the new budget passed by lawmakers, all state employees will get an 8 percent pay raise as of July 1. State police officers and social workers are among those personnel who will see an additional bump in pay.

The legislature also appropriated funding for an additional increase in the second year of the biennium, but that money will be allocated based on a compensation review to be conducted by the Kentucky Personnel Cabinet to determine which workers may need higher pay based on the nature of their jobs and the costs of living where they work. Stivers says lawmakers set aside enough money to provide an average increase of 12 percent, though some employees may get more and others less.

“In those areas where you have technical degrees, things that are very, very competitive with private sector, you may have to do 15 percent, or 17 percent, or 18 percent to be able to be competitive and keep good, qualified employees,” says Stivers.

Democrats applauded the increase, calling it a necessary first step to helping the commonwealth attract and retain quality workers.

“We have to keep people in these really important jobs,” says McGarvey. “We have to keep government jobs at least somewhat competitive with private sector, and things were way out of whack.”

Lawmakers also voted pay raises for themselves, which will take effect after the next election cycle, as well as Legislative Research Commission staff. Gov. Andy Beshear line-item vetoed the lawmaker pay raise, which the House and Senate overrode. Jenkins, who is not seeking reelection, supports the idea of a pay increase for lawmakers, but she objected to tying it to raise for legislative staff, calling it “a chicken way to do it.”

Stivers contends that lawmakers don’t make as much money as people may think. He says some of their compensation is actually state-allowed reimbursements for mileage, housing, and meals, which are paid to members when they are required to be in Frankfort.

With all the money allocated to pay raises, Jenkins and McGarvey point out that Republican leaders omitted one critical group of workers: public school teachers and staff.

“It would have sent a strong message that the General Assembly appreciates what the teachers did during the pandemic and the hard work that they do every day,” says Jenkins.

Instead of mandating a statewide pay raise, Stivers and Osborne say they responded to district officials who requested the funding and flexibility to decide how much to increase school personnel pay at the local level.

“We did include historic amounts of additional money to local school districts,” says Osborne. “$525 million in new money the first year alone, and that much plus some more in the second year.”

With that much money in hand, Stivers says local officials could give their teachers and staff at least a 5 percent pay raise.

The budget also failed to include a cost-of-living increase for state retirees. Osborne says lawmakers focused on putting nearly $2 billion in surplus dollars toward paying down the public pension debts, but he says he hopes to boost payments to retired workers in the near future.

“I do think it’s time that retirees have a raise and get those cost-of-living adjustments with the dramatic increases we are seeing in inflation right now,” says Osborne. “If our revenues continue as they appear they are going to, it would be something that we will look at it next year.”

“We’ve been equal opportunity critics of both Republicans and Democrats,” says Stivers.

On April 18, Franklin County Circuit Judge Thomas Wingate blocked two measures passed by the Republican-dominated legislature this year that would reduce a governor’s authority to enter contracts and to challenge state laws in court. Previous measures put limits on a governor’s emergency powers.

Democrats who opposed those measures say legislators should be careful about stripping authority from Kentucky governors.

“Far too often in the recent debate we have focused more on whether we like the decisions of a governor, not whether the office should have that power,” says McGarvey
“I do believe in a strong independent legislative branch, but that doesn’t mean that we can and should take powers away from the executive branch that are executive in function and nature.”

Osborne says lawmakers have been working for 40 years to equalize power between the legislative and executive branches in Frankfort. He argues that Kentuckians want a more agile government than they’ve gotten from governors in the past.

Stivers says it’s not unreasonable for lawmakers to be involved in emergency decisions. He says a governor can call a special session within four hours, and lawmakers could pass legislation to respond to a critical need within a day, or three at the most. The Senate president says it’s a question of how far a governor’s policymaking authority should be allowed to go before the Kentucky’s policymaking body is consulted.

But Jenkins contends a state with a part-time legislature needs to be careful about constraining what a governor can do during a crisis, such as the tornadoes that devastated western Kentucky last December.

“I hope we don’t ever go into a situation where we are going to regret what we have done about emergency powers,” says Jenkins. 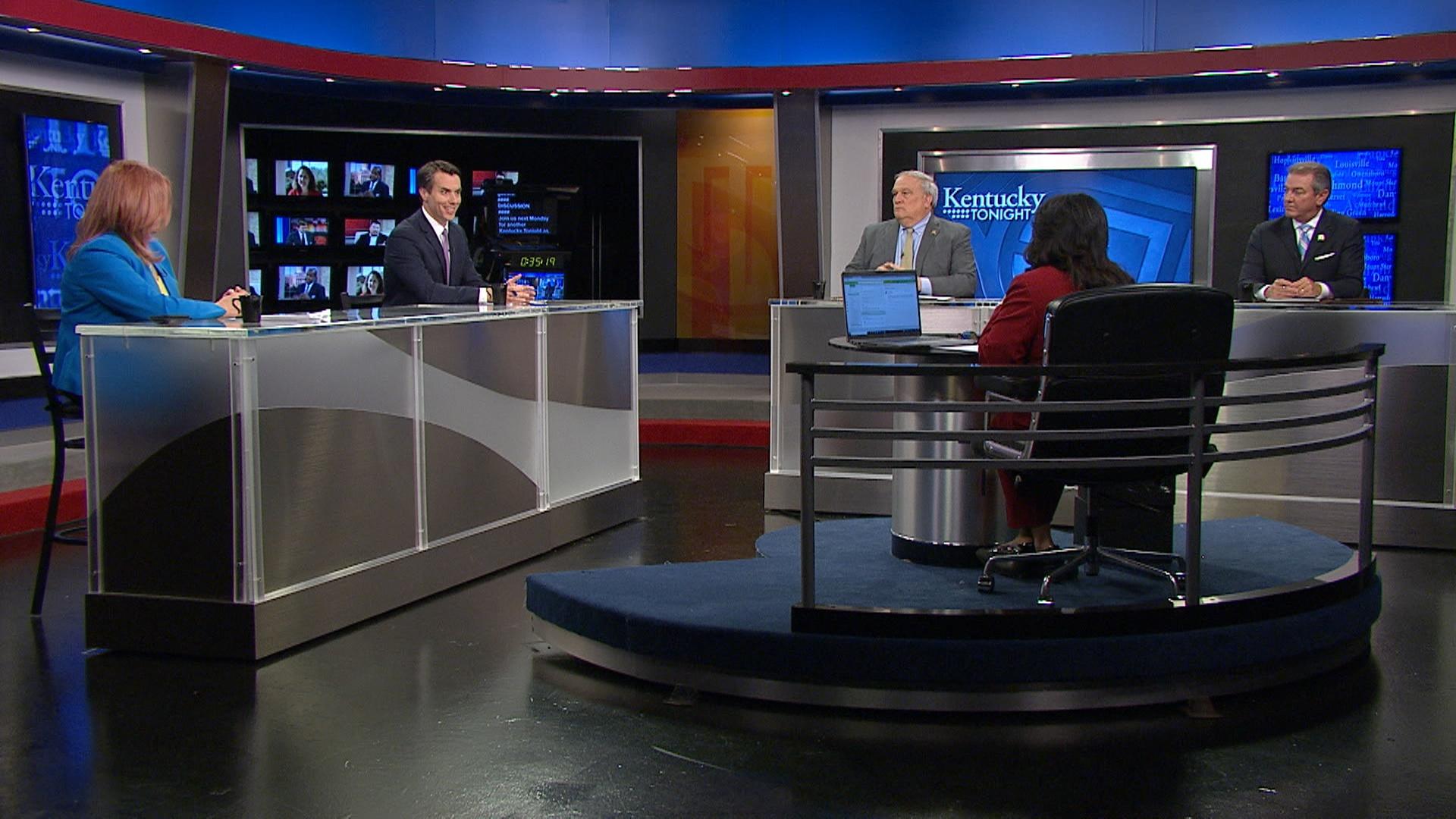