Legislative Priorities of the 2019 General Assembly

There may only be 30 days in this year’s “short” legislative session, but there has been no shortage of important bills passing through the state Senate and House of Representatives.

Abortion
Lawmakers have sent four anti-abortion measures to the governor’s office.
Senate Bill 9 would ban abortions after a fetal heartbeat is detected; House Bill 5 bans the procedure if an abortion is sought based on the race, gender, or potential disability of the fetus. Another measure requires doctors to report when they prescribe an abortion-inducing drug, and to give the patient information about how such an abortion might be reversed. Finally, House Bill 148 would ban all abortions in Kentucky if the 1973 U.S. Supreme Court decision Roe v. Wade is overturned.

“We know a lot more about abortion,” says Thayer. “I think in Kentucky, we are waiting for the day that Roe v. Wade is overturned, and our constituents want us to pass bills to be prepared for that.”

“That goes to show that Kentucky is a pro-life state and just not among Republicans, but among many of our colleagues in the Democratic Party,” says Carney.

But a federal judge has already issued stays on the fetal heartbeat and fetal discrimination bills, pending a further review of the constitutionality of those measures. Rep. Cantrell says it’s foolish for state lawmakers to try to legislate issues they know will wind up in court.

“We’re only as strong as the bills that we pass that can take effect,” says Cantrell. “When you have a bill that cannot make it 24 hours before it’s struck down by a federal judge, that reflects very poorly on all of us.”

What’s worse, according to Sen. McGarvey, is that the state will spend taxpayer dollars to fight any legal challenges. He contends the measures are meant to appeal to conservative voters in an election year.

“It’s a political series of bills designed to gin up the base for the Republican Party and drive them to the polls in a low turnout, off-year gubernatorial election,” says McGarvey. “I think it’s politics, I think it will cost us money, but it does send a message to a conservative base.”

Lawmakers could consider one additional pro-life measure on the final day of the session. Senate Bill 227 would require doctors to pursue life-saving measures if an infant survives an attempted abortion.

Solar Power
Lawmakers approved a net-metering bill that gives the Public Service Commission the authority to set the rate at which rooftop solar customers will be credited for power they feed back into the electrical grid.

Now, homeowners and small businesses with solar panels receive a credit equal to the retail value of the excess power they generate. Utility companies want the credit to be closer to the wholesale value of electricity, which is much lower than the retail rate.

Utility companies argue that lowering the credit is fairer to them and to other electric consumers. Solar advocates contend that makes it hard for homeowners to get a quicker return on their investment in solar panels, while giving an advantage to major utilities.

“We really had a chance to cut off the big utility monopoly – we could put solar on our own houses and generate… our own energy,” says Cantrell. “It’s going to cut off fair-market rates for individuals to sell back solar. That’s really going to cut off people’s options and their freedom to choose solar and diversify their energy portfolio.”

The House defeated a floor amendment proposed by Rep. Jim DuPlessis (R-Elizabethtown) that would have protected the fledgling solar industry in the commonwealth. Carney says he views the issue as a matter of keeping electric rates low in the commonwealth. But he acknowledges that the debate over Senate Bill 100 has divided those interested in promoting solar power and traditional utilities.

“All of us, from our roles in Frankfort, would like to see the [solar and utility] industries actually come together more,” says Carney. “Frankly, we’ve tried to force them to do that somewhat by some of the actions that we did take, and hopefully they’ll continue to have some of those dialogs.”

Budget and Tax Issues
Although the budgeting process is generally reserved for even-numbered years, the 2019 General Assembly did take up two bills that will impact the state’s finances.

That measure also phases out the 13 percent franchise tax that Kentucky banks currently pay. Instead, those institutions will pay the state’s lower corporate rate of 5 percent. Carney says that change will help maintain local ownership of Kentucky’s community banks. In all, HB 354 is expected to cost the state more than $100 million in revenues.

But the budget bill and the tax measure received final passage last week.

McGarvey says lawmakers missed an opportunity to generate revenue for the commonwealth by passing bills on sports betting, marijuana sales, or taxing on vaping products. He says the state doesn’t have the funds it needs to fulfill its obligations. He also labels last year’s tax bill as unfair.

“In that tax reform we lowered taxes on the wealthiest Kentuckians and the wealthiest corporations, and we raised them on the poorest people, non-profits, and retirees,” says McGarvey. “We can’t have tax reform that drives business out of the state, [but] the flipside of that is we cannot have tax reform which continues to put more of a tax burden on people who are working and are at the lower end of the income spectrum.”

But Republicans Thayer and Carney say last year’s reform package was the first step in overhauling the state’s tax system. Thayer hopes the 5 percent income tax rate for individuals will go even lower, and be replaced with more sales taxes.

“If you get away from taxing production and you get to taxing consumption, people get to decide how much tax they pay based on what they purchase and what they consume,” says Thayer. “These are the winning formulas in states that continue to lead the way in job creation.”

One tax measure that failed to gain sufficient traction again this year was House Bill 205 to create a tax credit for individuals who contribute to non-profit organizations that provide scholarships for K-12 students to attend private schools. Democrats fear the measure would result in less money available for public schools in the commonwealth.

Carney says the credit would benefit poor families who couldn’t otherwise afford alternative education options for their children. He says the measure will resurface in the future.

Other Pension-related Bills
House Bill 358 would provide state universities and community colleges as well as quasi-governmental agencies like local health departments a path for exiting the Kentucky Employees Retirement System and pay off their portions of the pension debts over 25 years. The bill would also freeze the employer contribution rate for one year, delaying a massive spike in pension obligations those same entities faced.

Last week the House refused to concur with a committee substitute the Senate attached to the measure. Thayer says negotiations on the measure continues and the bill could be sent to a conference committee on the final day of the session.

McGarvey says one concern he has about the plan is that it would require entities that leave KERS to create defined-contribution retirement packages for their employees, rather than the defined-benefit pension plan many of them currently have.

House Bill 525, which would have changed how trustees for the Kentucky Teachers’ Retirement System Board are selected, has failed, according to McGarvey, because it did not receive sufficient readings to pass.

Changing Job Duties
Lawmakers approved separate bills that would impact how the Kentucky Secretary of State and Attorney General do their jobs. House Bill 114 limits the Secretary of State’s power over the state elections board and access to voter rolls.

Thayer promoted the change originally embodied in his Senate Bill 34, citing the fact that current Secretary of State Alison Lundergan Grimes, a Democrat, faces several state investigations and newspaper reports allege she improperly used the voter registration system to review data on political rivals. But a House committee rejected Thayer’s original bill, prompting him to attach the measure to an existing House bill. That maneuver drew the ire of Frankfort Democrats as well as Republican lawmaker Jeff Hoover, the former House Speaker. But Thayer dismisses those concerns.

“There are multiple ways to get a bill passed and I used one of those ways to reform the Secretary of State and the Board of Elections,” says Thayer. “I thought we needed to send a message before this year’s statewide elections that our voter rolls’ integrity will be protected.”

Cantrell says it makes no sense to limit Secretary of State Grimes’ authority since she is the only state official with a federal security clearance to know about cybersecurity threats to Kentucky’s voting system.

With Senate Bill 41 Republicans would give the state Finance Secretary, who is appointed by the governor, authority to approve contracts for outside counsel and legal settlements sought by the Attorney General. Democrat Andy Beshear is the current Attorney General.

McGarvey opposed both of those measures.

“I thought there was a disturbing trend in legislation from the General Assembly this year that was going after the offices instead of the officeholders,” says McGarvey. “I don’t think that’s what the legislature should be doing.”

But Thayer says the legislature has the right to change statutes that define the duties of statewide constitutional officers. SB 41 awaits further action by the Senate.

GOP lawmakers also want lawsuits involving state government as well as legislative redistricting disputes moved out of Franklin Circuit Court, whose judges have been the target of Republican criticism. Carney says that simply gives people around the state more of a voice in those legal actions. Senate Bill 214 about redistricting awaits Gov. Bevin’s signature.

The General Assembly is in recess for the governor’s veto period. Lawmakers will reconvene for the final day of the 2019 session on Thursday, March 28. 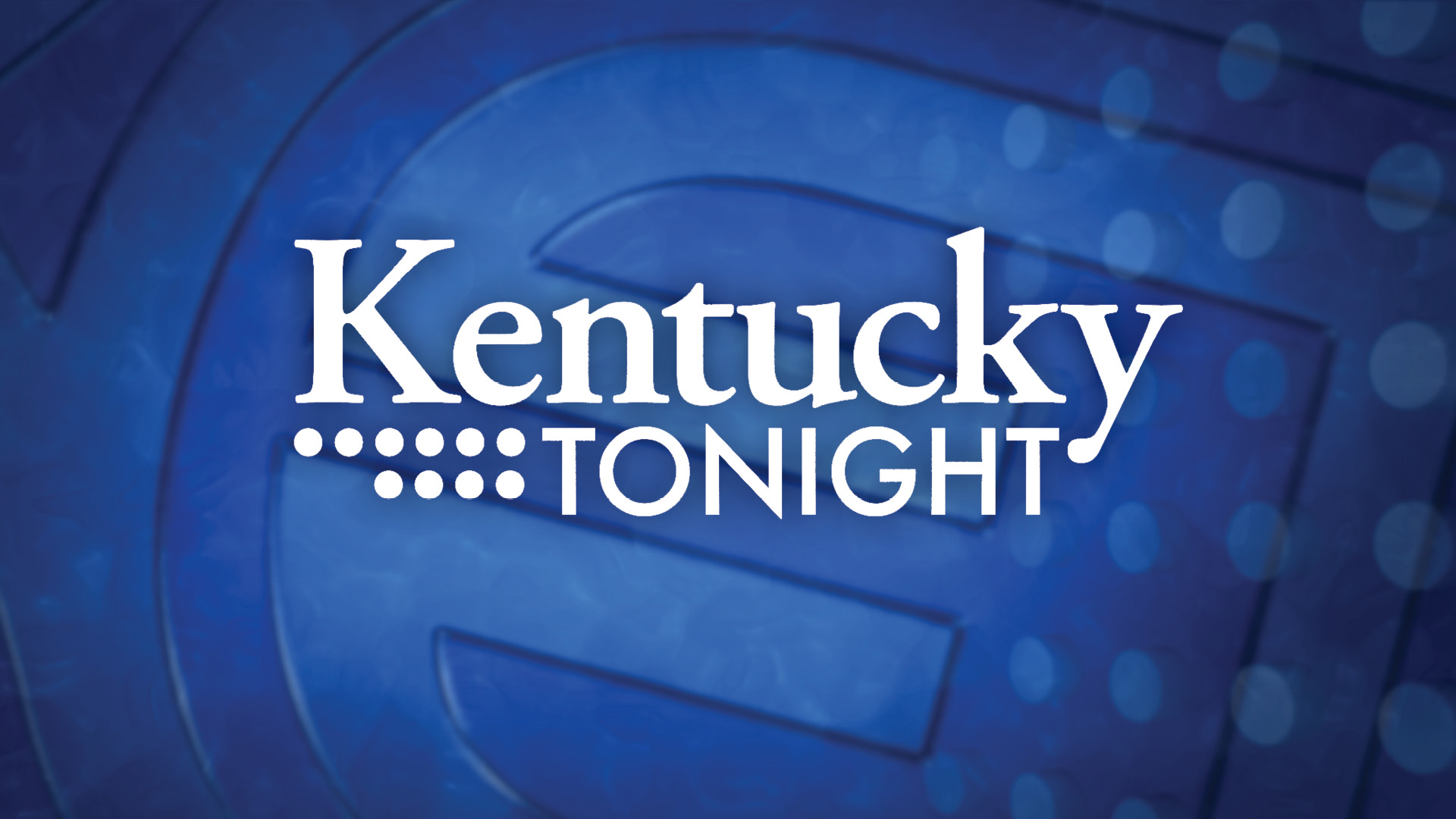