The recent U.S. Supreme Court decision legalizing same-sex marriage has been a source of much celebration and consternation, depending on which side of the issue you’re on.

And while the ruling settled the matter of law, it certainly didn’t end the debate.

That discussion, which sometimes escalated to outright argument, played out on KET’s Kentucky Tonight on Monday as a panel of ministers and activists convened to explore the balance between LGBT rights and religious liberties.

The View from the Pulpit
The days following the June 26 Supreme Court announcement were a time of joyous celebration at St. Matthew’s Episcopal Church in Louisville. Their rector, the Rev. Kelly Kirby, says her congregation held a special ceremony for gay and straight couples to commemorate their love and renew their commitment vows. She says the ruling helped conclude a long debate within the church.

“St. Matthews has wrestled with how we as a church should be pastoral and participate ethically with our gay and lesbian brothers and sisters for decades now,” says Kirby. “So this was an easy end to a conversation that began a long time ago.”

On the other hand, Rev. Hershael York, senior pastor of Buck Run Baptist Church in Frankfort, says the ruling is sad both constitutionally and biblically. He contends the Bible is clear on marriage being between one man and one woman. He says the Supreme Court justices who wrote the majority opinion are reading things into the Bible and the U. S. Constitution that the respective authors didn’t intend.

“They redefined what every civilization in the history of the world have agreed on,” York says. “We’ve said that the gender of those in marriage is irrelevant and next the number of those in a marriage will be irrelevant.”

As for “what would Jesus do?” on the issue of gay marriage, York says Jesus came to save people from their transgressions, which includes encouraging them towards a life without sin. York says he tries to do the same in his own ministry.

“I love gay people as I love straight people. I don’t make a distinction in that but I think the witness of the scripture is clear.” York says.

Kirby says her reading of the Bible includes seeing Jesus as someone who embraced a wide variety of relationships.

Activists Also Strongly Divided
The Family Foundation of Kentucky has long opposed gay marriage and lobbied for the 2004 amendment to Kentucky’s Constitution that defined marriage as between a man and a woman. Martin Cothran, the group’s senior policy analyst, called the recent Supreme Court decision “arbitrary.” He says it was only two years ago that the Court struck down the federal Defense of Marriage Act saying that states should be able to define marriage. Yet the new ruling invalidates state-based definitions of the union.

“I went to bed the previous night [before the decision was announced] living in a democratic republic and woke up the next day under a judicial oligarchy,” Cothran says. “It’s an elite judicial caste that’s making these decisions for us.”

Fairness Campaign Director Chris Hartman disagrees, saying the Supreme Court decision was far from arbitrary. He contends the majority justices sought to strengthen the institution of marriage and protect the rights of kids raised by gay parents. As examples, he says before the Supreme Court ruling both same-sex parents could not legally adopt a child or pass on their Social Security benefits to their child.

County Clerks and Gay Marriage Licenses
Since the court ruling much of the debate in Kentucky has focused on a handful of county clerks who have stopped issuing marriage licenses because of their personal opposition to same-sex unions on religious grounds.

The American Civil Liberties Union has sued Rowan County Clerk Kim Davis for her refusal to issue licenses to both gay and straight couples seeking to marry. An initial hearing was scheduled for yesterday in Ashland, but U.S. District Judge David Bunning suspended the proceedings until Davis could be present.

Chris Hartman argues that Davis can avoid any penalties by simply doing her job. If she chooses not to execute the duties of her office, Hartman says she should resign. Hartman goes further to wonder if clerks who cite religious objections could deny licenses to divorced individuals who seek to remarry.

Rev. York, who is also a professor at the Southern Baptist Theological Seminary in Louisville, says it’s unfair to ask a county clerk to resign for acting on his or her conscience. York says no similar calls were made against Attorney General Jack Conway when he acted on his conscience by choosing not to appeal the 2014 federal judge’s rulings that initially overturned Kentucky’s gay marriage ban.

As for the specific case of the Rowan County Clerk, Rev. Kirby suggests that Kim Davis should seek pastoral counseling to help her discern whether she’s called to stay in her official position or not.

Religious Freedoms Feared at Risk
The Family Foundation’s Martin Cothran says he thinks there are reasonable solutions for the dozens of clerks who are concerned about the conflict between their job duties and their religious beliefs. One is for the state to create an online marriage application process, as some clerks have requested. Another option, says Cothran, is for gay couples to apply for a license in a county where there is a willing clerk.

Conservatives contend the clerks along with other individuals, business owners, and organizations shouldn’t have to relinquish their First Amendment right to religious exercise. Kentucky does have a religious freedom law that says the state can’t substantially burden a person’s “right to act or refuse to act in a manner motivated by a sincerely held religious belief.”

Cothran says anything less than that amounts to religious intolerance.

“In all of our advocacy of traditional marriage, we have never proposed that people who disagree with us be put in jail or that their homes be taken away,” Cothran says. “That’s what the other side is doing here and I think that’s tragic.”

Even if an individual or business isn’t sued for not wanting to, in effect, endorse gay marriage, Rev. Hershael York fears conservative Christians could face persecution for their views.

The Push for a Statewide Fairness Law
Even with the legal question of gay marriage resolved, LGBT activists still fear the prospect of other kinds of discrimination.

“Now in Kentucky it is legal to get married today for LGBT people and then be fired tomorrow for being LGBT,” says the Fairness Campaign’s Chris Hartman. “There are no civil rights protections in the commonwealth of Kentucky that prohibit employment, housing, or public accommodations discrimination based on sexual orientation and gender identity.”

Hartman says eight Kentucky communities have already passed local fairness ordinances that protect the rights of gays and lesbians. He adds that activists have lobbied – unsuccessfully so far – for a statewide fairness law for 16 years. He says the language in the existing and proposed laws includes exemptions for religious institutions and organizations as well as for businesses owned and operated by a religion. Hartman adds that the fairness laws are designed to protect heterosexual individuals as well.

Rev. Kirby says she supports a fairness law because it’s unfair and unjust that LGBT people should live in fear of losing their jobs. After that though, she says she hopes politicians will move on to other matters.

“I think we have more important things to talk about,” Kirby says. “We have already decided [that gay marriage] is the law of the land and it’s time to move on and address the real issues of our day: racism and poverty.” 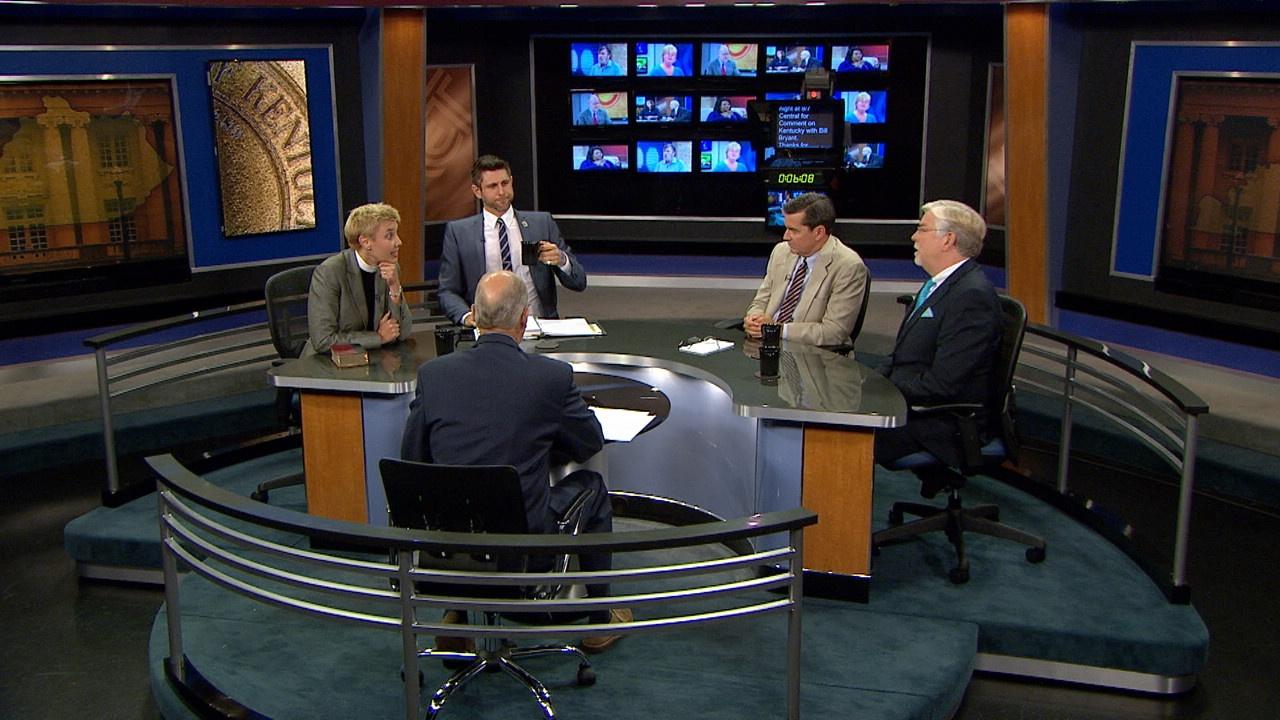