Candidates competing in the race for lieutenant governor of the commonwealth appeared on KET’s Kentucky Tonight.

This was the fourth in a series of discussions with candidates running for statewide constitutional offices in the 2019 election season.

Republican Ralph Alvarado, a physician from Winchester, is the running mate for Gov. Matt Bevin. He was born and raised in California, got his medical degree from Loma Linda University, and completed his residency at the University of Kentucky. He became the first Hispanic member of the Kentucky legislature when he was elected to the state Senate in 2014, where he is chair of the Health and Welfare Committee.

Democrat Jacqueline Coleman is running on the ticket with Andy Beshear. She has taught high school civics, coached basketball, and served as an assistant principal in the Nelson County Schools. Coleman has degrees from Centre College and the University of Louisville, and is pursuing a doctorate at UK. The Mercer County native formed a non-profit in 2013 to prepare female college students for leadership positions.

Coleman says her policy interests include education and economic development in rural communities. She says a lieutenant governor should be prepared to be the governor’s top advisor and not be afraid to “speak truth to power.” She also says being an educator is excellent training for political office.

“Every single challenge that we face in this commonwealth, our teachers face in their classrooms every single day, everything from health care to the opioid crisis to economic development,” says Coleman. “We need a leader in the governor’s office who respects that.”

As a doctor, Alvarado says he’s dedicated his life to helping people and finding practical solutions to problems. He touts his success at moving his bills through the General Assembly and says as lieutenant governor he can help bridge the gap between the executive and legislative branches.

Alvarado credits the governor with raising per-pupil funding for public schools (known as SEEK) to record levels, allocating all lottery proceeds to education, and fully funding the teacher and public employee pension systems.

“He wants to see that the pensions are protected, the promises that have been made are protected,” Alvarado says, “but we’re going to have to see some structural changes probably going forward at some point, otherwise it’s not sustainable.”

Alvarado says he sees no reason why the cash-hybrid pension plan implemented for state employees in 2013 can’t be extended to newly hired teachers. He says a pension reform bill passed last year that included a cash-hybrid plan for new teachers would have generated a better retirement than the existing pension plan. But the Kentucky Supreme Court overturned that legislation as unconstitutional.

Coleman says moving teachers to a 401(k)-style benefit plan would “privatize” their retirements. She contends teachers depend on their pensions since they don’t qualify for Social Security. Even though SEEK dollars are at a record level, Coleman says the Bevin administration has also cut $83 million from other areas of public education, including funding for textbooks, student transportation, and professional development for teachers. She contends those actions hurt students and educators.

The Democrat says an Andy Beshear Administration would make funding for public education their top priority. Beshear also wants to give all educators a $2,000 pay raise, ensure that all school personnel are earning livable wages, and fund universal pre-kindergarten.

“The kids that are most at risk in this state are the kids in their mother’s wombs,” says Alvarado. “That’s the reality of it.”

The Democrat says she opposes late-term abortions. She also says the state should fund education and social service programs that help disadvantaged children and their families.

“These are all programs that directly impact the kids most at risk,” says Coleman. “This governor has underfunded them to the tune of almost $30 million, and now they want to claim that they suddenly care about our at-risk kids.”

Both candidates say access to health care is a critical issue for the commonwealth. As a lawmaker, Alvarado has proposed a constitutional amendment to limit damages in tort cases, and he sponsored a bill to create special panels that would review the validity of medical liability claims before allowing legal cases to proceed. He says the legislature should continue the push to limit what he calls frivolous lawsuits.

“It’s going to [take] persistence and try to see if we can get something like that done,” says Alvarado. “Otherwise in the meantime we’re going to continue to struggle to find people willing to come and practice in the state.”

Alvarado says he supports having insurance policies cover people with preexisting medical conditions, but he says high-risk pools to cover less healthy people don’t work well. He says governor Bevin will explore innovative ideas to improve access to health care such as direct primary care contracts between patients and doctors, and association health plans that could be purchased across state lines.

The Democrat says a Beshear Administration will fight to preserve coverage for people with preexisting conditions and continue the Medicaid expansion that has provided insurance to thousands of low-income Kentuckians who previously had no coverage. Coleman says they will also work to reduce prescription drug prices, especially for those people covered by Medicaid.

“We’ve got make sure that health care is accessible to people,” she says. “We should be using health care policy to create opportunities, not barriers.”

Alvarado says additional tax reforms will be a top priority for a second term of the Bevin Administration. He says the state needs more money to pay pension obligations and address infrastructure needs. At the same time, he says Kentucky needs lower income taxes to better attract more businesses and individuals to locate here. The Republican says Kentucky can learn from other states that have already made the switch from income taxes to consumption taxes.

“Kansas tried to do this all in one fell swoop. It was very unsuccessful, they almost went bankrupt,” says Alvarado. “It might take eight, 10, 12 years to get that fully transformed… but we’ve got to make that transition to compete with states like Tennessee.”

Coleman says increasing sales taxes is a regressive approach that will hurt poor and middle-income Kentuckians. Instead the Beshear campaign wants to enact expanded gaming, which Coleman says could generate more than $500 million a year for the commonwealth. She says gaming revenues would be dedicated to the state pension systems until those plans become solvent. That would free up other revenues to fund public education and other needs in the state, she says.

Alvarado says gambling amounts to a tax on poor people who patronize gaming venues. He also contends that revenue projections from expanded gaming are overly optimistic.

The Democrat argues the state will benefit not just from direct revenues from gaming, but also from new development and jobs created by a growth in gambling-related tourism.

Candidates for Commissioner of Agriculture, Auditor of Public Accounts, and State Treasurer 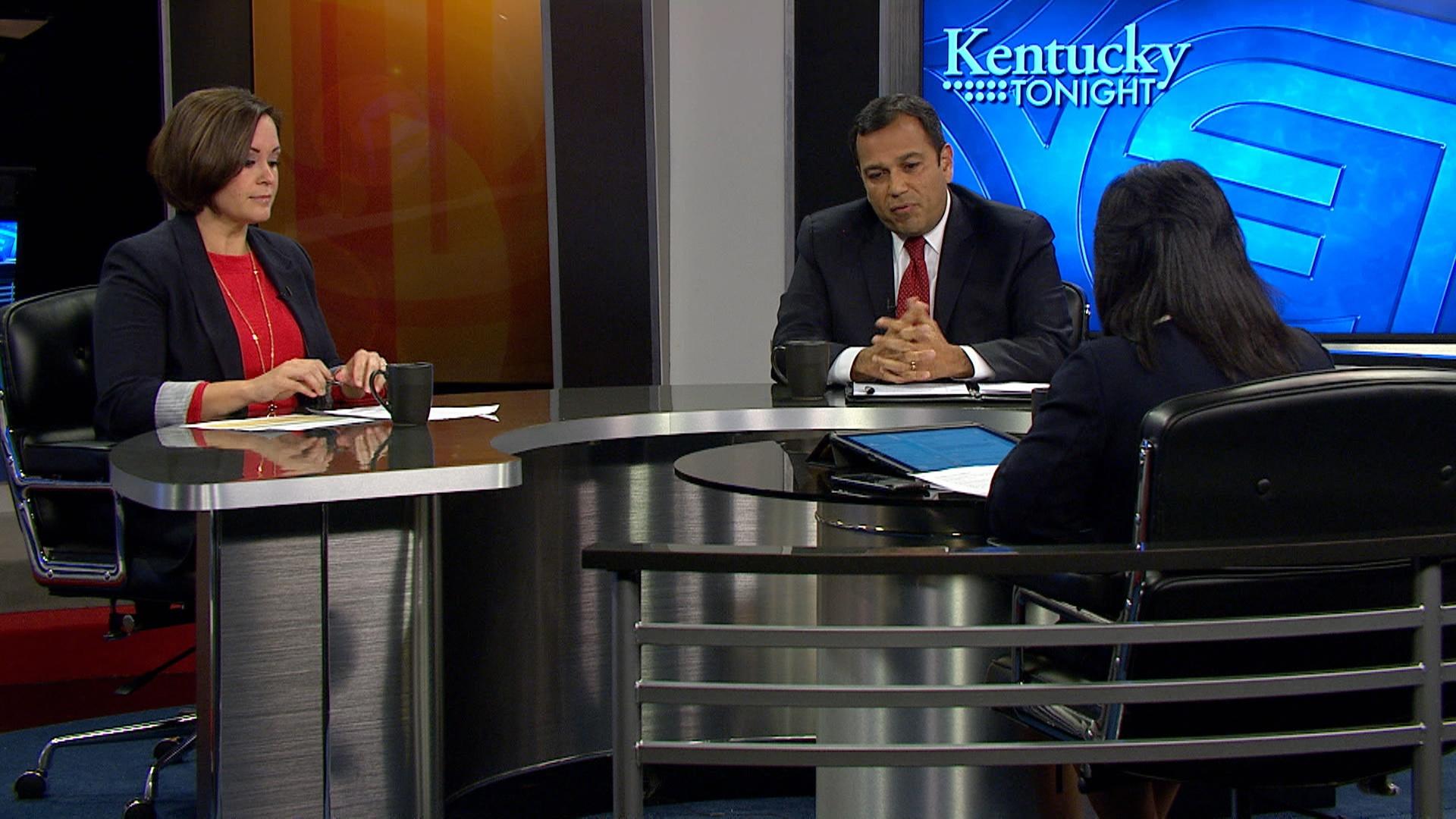