A commonly used definition of a “mass shooting” is an incident in which four or more people (not counting the perpetrator) are killed or wounded.

Using that criteria, there have been more than 300 mass shootings in the United States this year, according to the Lexington-based website Gun Violence Archive.Those incidents resulted in 352 deaths and more than 1,250 injuries.

Taking an broader view, nearly 13,000 Americans have been killed by gunfire of all kinds so far this year. Almost a quarter of them were youth under the age of 17.

The Toll of Gun Violence in Kentucky
Mark Bryant has been shooting guns since he was a five-year old back in his native Harlan County. But after the 2012 Sandy Hook, Conn., elementary school shooting, he decided to use his computer science background to create a website that would track gun violence in the United States.

As part of his work, Bryant, who is a former NRA member, says he’s especially interested to track gun violence in his home state and compare it to New York City, where he once lived.

“We have three times the gun deaths in Kentucky and we don’t have any [firearms] bans,” he says. “New York City has some of the strictest gun controls. They have much less shootings, they have much less death and injury.”

For example, Bryant says 498 Kentuckians have been wounded or killed by guns so far this year. In New York City, which has twice the population of the entire commonwealth, there have only been 413 gun deaths or injuries in 2018.

Kentucky has also experienced its share of mass shootings. There have been four such incidents so far this year, including the January attack at Marshall County High School that left two dead and 14 injured, and a February shooting spree in Paintsville in which five people died.

Too Many or Too Few Guns?
The debate that usually emerges after a high-profile mass shooting usually pits persons who think too many Americans have guns against those who believe not enough Americans are armed.

Minister, social activist, and one-time Democratic Congressional candidate Nancy Jo Kemper falls squarely in the too-many-guns camp. She even says Americans have something akin to an addiction to firearms. Kemper contends that true security will come when no one has guns.

“What we need to do is create not an armed society, but a caring society,” Kemper says. “One where we can rely on one another.”

Kemper does not advocate confiscating weapons from properly trained and licensed gun owners, but she says more can be done to keep firearms out of the hands of children and persons who pose a danger to themselves and to society. She also advocates for universal background checks, limits on ammunition sales, and a ban on AR-15 semi-automatic rifles. The AR-15 is one of the most popular guns sold in America.

“They don’t need an AR-15 to go deer hunting,” Kemper says. “We need to figure out ways to prevent people from killing so many people inside of a minute. That’s crazy.”

Stephen McBride of the Kentucky Concealed Carry Coalition says he appreciates Kemper’s vision of a caring society, but he says he wants to be able to defend himself and protect his family until that world actually exists.

“If my life is on the line,” says McBride, “I’m going to try to put every bullet in the person who is endangering my life.”

McBride says that when confronted with an armed criminal, there’s not time to wait for the police to save you. That’s why he wants more law-abiding citizens to be armed so they can protect themselves. In his view, criminals, drug addicts, and those with a mental illness would not be allowed to have guns.

“A person in Kentucky has been able to carry a gun since 1792,” says McBride. “You can do that today without one second of training. You’re born with the Constitutional right to own that gun and carry it in Kentucky.”

In his training sessions in Shepherdsville, Pagano says he covers things like safe gun handling and basic marksmanship as well as shooting under stress. He contends that in a mass shooting situation, armed civilians could disable the shooter or at least distract that person from killing innocent victims until law enforcement arrives.

“I don’t carry a gun just for my protection, I do it to protect you,” Pagano says. “If someone came in here to try to shoot you, I’d feel incumbent upon myself to try to do something not only to protect me, but to protect you.”

That’s the basis of an NRA credo arguing that the only thing that stops a bad guy with a gun is a good guy with a gun. Critics of that philosophy argue that it could lead to even more victims in a situation where multiple people are shooting. Bryant says trained professionals like New York City police officers only have an accuracy rate of 18 to 25 percent, so he wonders how an average gun owner would perform in a chaotic mass-shooting scenario.

Critics often cite another challenge posed by the good-guy approach.

Concealed Carry Could Expand in Kentucky
A bill pre-filed for the 2019 legislative session would enable Kentuckians to take deadly weapons into many places in the commonwealth where guns are currently restricted. The legislation proposed by state Rep. Robert Goforth (R-East Bernstadt) allows those with a concealed carry license to take a gun into schools and college campuses, as well as bars, private businesses, and government meetings. Guns would still be banned in jails, prisons, courtrooms, and airports beyond the security checkpoint. Goforth calls his measure a “public protection bill,” according to the Lexington Herald-Leader.

“I don’t think it’s true that the only thing that will stop a bad guy with a gun is a good guy with a gun, but it’s certainly the most probable solution,” McBride says. “It’s unfortunate that we have to resort to this, but the facts are that we do.”

McBride says people are required to complete an eight-hour training course to qualify for a concealed carry permit. They must also have a clean criminal record, no history of domestic violence or alcohol and drug addictions, and be fully paid on any child support obligations. In a shooting test, the individual must hit a paper target in 11 out of 20 shots.

Kemper contends that forcing a business owner to allow employees or customers to bring a gun into their establishment would violate the rights of the proprietor. Plus, she says she will leave an establishment if she sees a person carrying a weapon. She says she doesn’t want her or her grandchildren around a “John Wayne wannabe.”

Pagano counters that he has a right to feel safe wherever he is, and if a shopkeeper won’t allow him to carry his own weapon then that business should have armed security to protect its customers.

“In a perfect world, we would like to beat our swords into plowshares, but until then I’d like to have a sword, or the option for it” Pagano says.

Gov. Matt Bevin recently made headlines when he blamed violent movies, television shows, and video games for creating a culture that celebrates death and disregards the sanctity of human life. Pagano and Kemper agree that mass media as well as social media and music can influence people in negative ways. Pagano says this country puts too much emphasis on trying to use technology to curb violence at the expense of fostering interpersonal relationships and working to detect and help people who exhibit dangerous patterns of behavior.

Kemper says violent shows and games as well as news coverage combine to create a narrative that the world is crazier and more dangerous that she believes it actually is. She says children and adults need to be encouraged and even trained to be more empathic, respectful, and loving.

“You use that way of love not naively because love doesn’t stop bullets,” Kemper says. “What you do with love is you begin to work with people on the things that they are so afraid of, and you help them learn how not to be afraid of people who are different.” 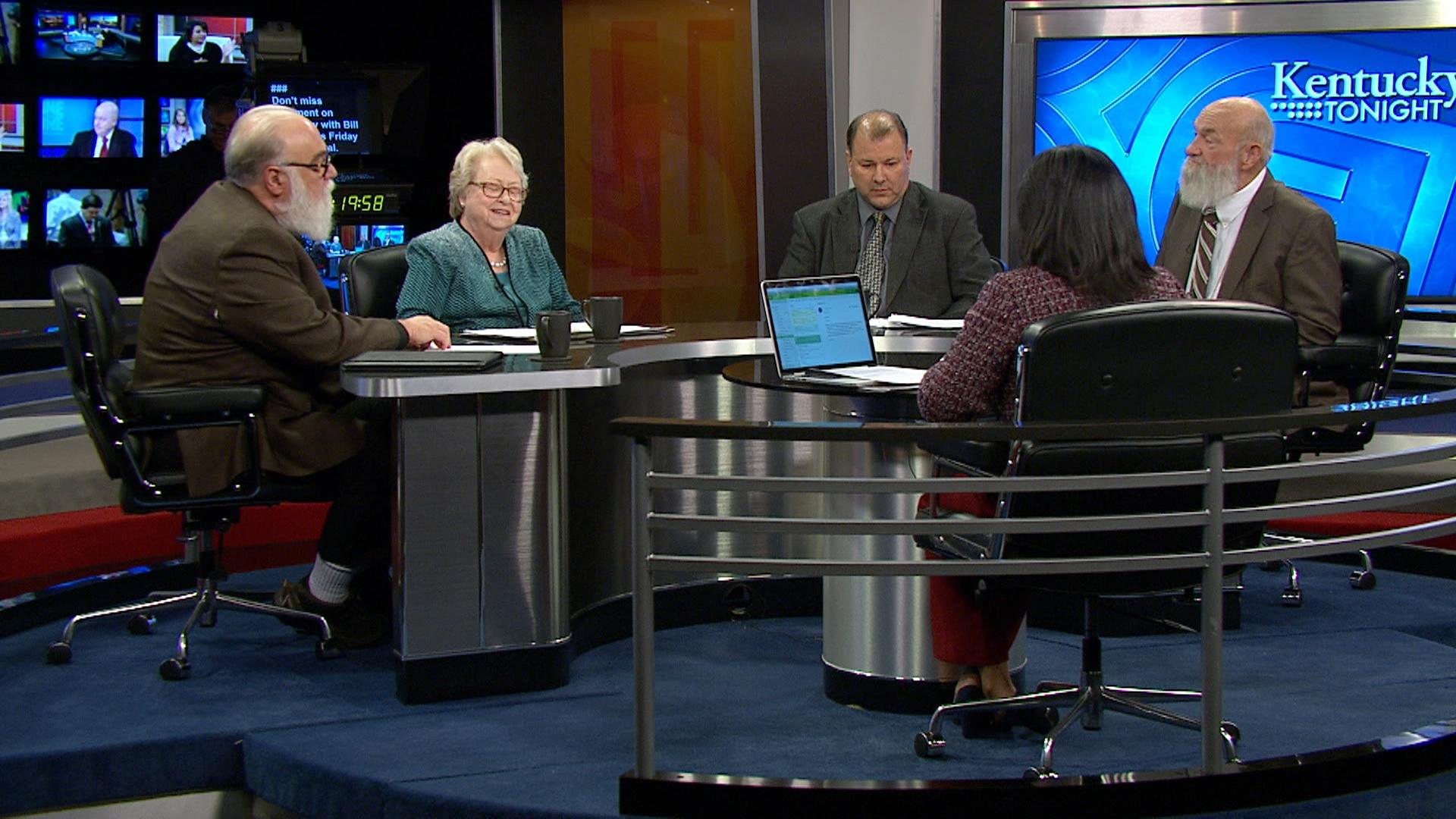