As lawmakers return to Frankfort this week, they face a range of issues to tackle in the remaining 21 days of the General Assembly session. In addition to passing a one-year state budget, which they are required to do by March 30, legislators are also expected to consider bills on medical marijuana, gaming, teacher pensions, and taxes.

There’s also the matter of impeachment petitions against Gov. Steve Beshear and other state officials, as well as potential gubernatorial veto overrides of legislation dealing with executive powers, state courts, and regulation of abortion providers.

During the opening days of the session, the Republican-controlled House of Representatives and Senate passed three bills that change a governor’s powers to declare emergencies and issue executive orders and administrative regulations. A fourth bill seeks to reverse many of the public health measures Beshear put in place in response to the COVID-19 pandemic. The governor vetoed each of those measures. On Tuesday lawmakers voted to override those vetoes.

“I don’t think this is a stripping of executive power,” says freshman Rep. Jennifer Decker (R-Waddy), who represents Shelby County.

Decker, who is an attorney, says the measures are designed to correct state statutes that she contends give governors emergency powers that are too broad, especially in circumstances like a pandemic that can last for many months.

“The powers that were given have now been extended to really creating policy over a long term, and that is the proper role of a legislature,” says Decker. “This bill, as I see it, restores the balance of power... so that in the future, we will be ready for any type of emergency.”

In November the Kentucky Supreme Court upheld many of Beshear’s emergency actions as constitutional. But Decker argues that just because the measures are constitutional doesn’t make them effective or appropriate long-term policy.

Sen. Karen Berg, a Louisville Democrat and radiologist who won a special election to the Senate last summer, says the GOP-backed measures are more about partisanship than policy.

“This is a political battle to maximize the power of the Republicans,” says Berg. “They are taking advantage of this pandemic to do this.”

Berg contends Beshear saved thousands of lives precisely because he was able to take swift and decisive action. She says involving the legislature in an emergency response is unwise and impractical.

“To get 138 elected legislators from around the state, teach them what they need to know, and then ask them how do we respond to a national health crisis, it doesn’t make sense,” says Berg.

Rep. Pamela Stevenson (D-Louisville) agrees that involving the legislature in such situations would be too cumbersome. The attorney and retired U.S. Air Force colonel also says the legislation violates the constitutional balance of power between the state’s chief executive and legislature.

“I am a big believer... in democracy working the way it was intended to,” says the first-term representative. “If you have one branch trying to tell the other branch how to run their business, then it doesn’t work. It nullifies the checks and the balances.”

Decker says legislatures in many states are reviewing gubernatorial emergency powers, including Indiana, where Republicans control the legislative and executive branches of state government.

London attorney and fellow legislative freshman Sen. Brandon Storm says the governor’s statewide emergency mandates aren’t good policy because what’s best for Paducah may not work for Pikeville. The Republican argues the collection of bills on executive power passed by the legislature will create better governance of the commonwealth.

“It affords transparency, it affords checks and balances, and it affords the people’s branch of government to have equal footing and equal say in what’s going on in our lives,” says Storm.

Beshear’s emergency actions are at the heart of an impeachment petition filed against the governor by four Kentucky citizens (one of whom has since requested his name be removed from the petition). A special House committee is considering that petition. Storm and Decker say they won’t comment on the case, since they could be called to vote on the matter should the petition be referred to the chambers.

Stevenson questions why Republican leadership has handled this impeachment petition differently by forming a special committee rather than simply referring it to the House Judiciary or Rules Committees as has been done in the past. She contends Beshear shouldn’t be impeached for doing the best he can to protect Kentuckians from the coronavirus. Berg says the legislature has much more important things to do with its limited time.

The four lawmakers share some common ground when it comes to budget issues, saying education funding, infrastructure, and economic development should be fiscal priorities for the state. Stevenson says the best way to get the economy back on track is to get COVID under control. She says families and small businesses need pandemic relief, and she says it is past time for the state to fund better roads and broadband internet access for all Kentuckians.

“We have to have an infrastructure,” says Stevenson. “You either pay now or you pay later. Since we didn’t pay then, we’ve got to pay now.”

“We cannot tax our way into prosperity,” says Decker. “We have to get our economy open safely. We have to get people back to work.”

The Republican says businesses also need liability protection from COVID-related lawsuits. While infrastructure is a critical concern for Decker, she says she’s not convinced the state needs to increase the gasoline tax to fund road and bridge projects.

Berg says COVID relief for families and education funding are among her priorities, especially restoring funding cuts to higher education. She contends businesses won’t look to locate or expand in the commonwealth without a better-trained workforce.

Lawmakers will also likely consider legislation to allow the use of marijuana for specific medical purposes. A similar bill passed the House last year but died in the Senate.

Storm says he’s heard comments both for and against medical marijuana, but he says lawmakers should not take up the issue so long as marijuana is listed as a Schedule 1 controlled substance.

“Until that issue can be resolved by the federal government, I don’t know that the Kentucky legislature should really take a step into that area,” says Storm.

Berg says the federal scheduling of marijuana is a racist “shame on our history,” which prevents American scientists from conducting much needed medical research on the plant. She says there’s scientific data from other countries that proves marijuana’s effectiveness as a treatment for epilepsy and chronic pain. She says it also helps people in addiction recovery be less likely to relapse.
“It is not the danger that people think it is,” says Berg, “and for a lot of people it makes a difference.”

Stevenson says that by not legalizing medical marijuana, the government is needlessly interfering in medical care.

“We need to get out of the business of telling doctors how to advise their patients,” says Stevenson.

Decker says many of those same benefits can be derived from cannabidiol (CBD), an active ingredient in marijuana and hemp. In 2014 state lawmakers approved limited use of CBD from industrial hemp for certain medical conditions.

“So I’m not clear why we need medical marijuana when we have the same properties in an already legal drug,” Decker says.

Decker and Storm also fear that allowing medical marijuana will open the door to legalizing recreational marijuana, which they oppose.

Gov. Beshear has said he wants to tax the production and processing of medical marijuana to help pay the state’s costs of regulating a medicinal program. Berg says she opposes taxing medical marijuana, since state law precludes taxes on prescription drugs. But she says the state should legalize and tax recreational marijuana, and use the revenues to fund teacher pensions.

House Speaker David Osborne (R-Prospect) has proposed a constitutional amendment that would remove the mandate that the legislature adjourn on certain dates. Lawmakers could then reserve some working days for use later in that calendar year. Under House Bill 4, lawmakers would call themselves into session to use those days. The measure passed the full House in early January and awaits action by the Senate.

“This is great idea,” says Storm. “Issues in our lives don’t just occur during the session, so we need to be flexible.”

But Democrats fear more protracted sessions will be less convenient for citizen-lawmakers that have to hold regular jobs. Berg also says the proposal could cost taxpayers more money by allowing legislators to pay themselves to work extra days.

“What are the limits on that?” says Berg. “What is to stops us from abusing that?” 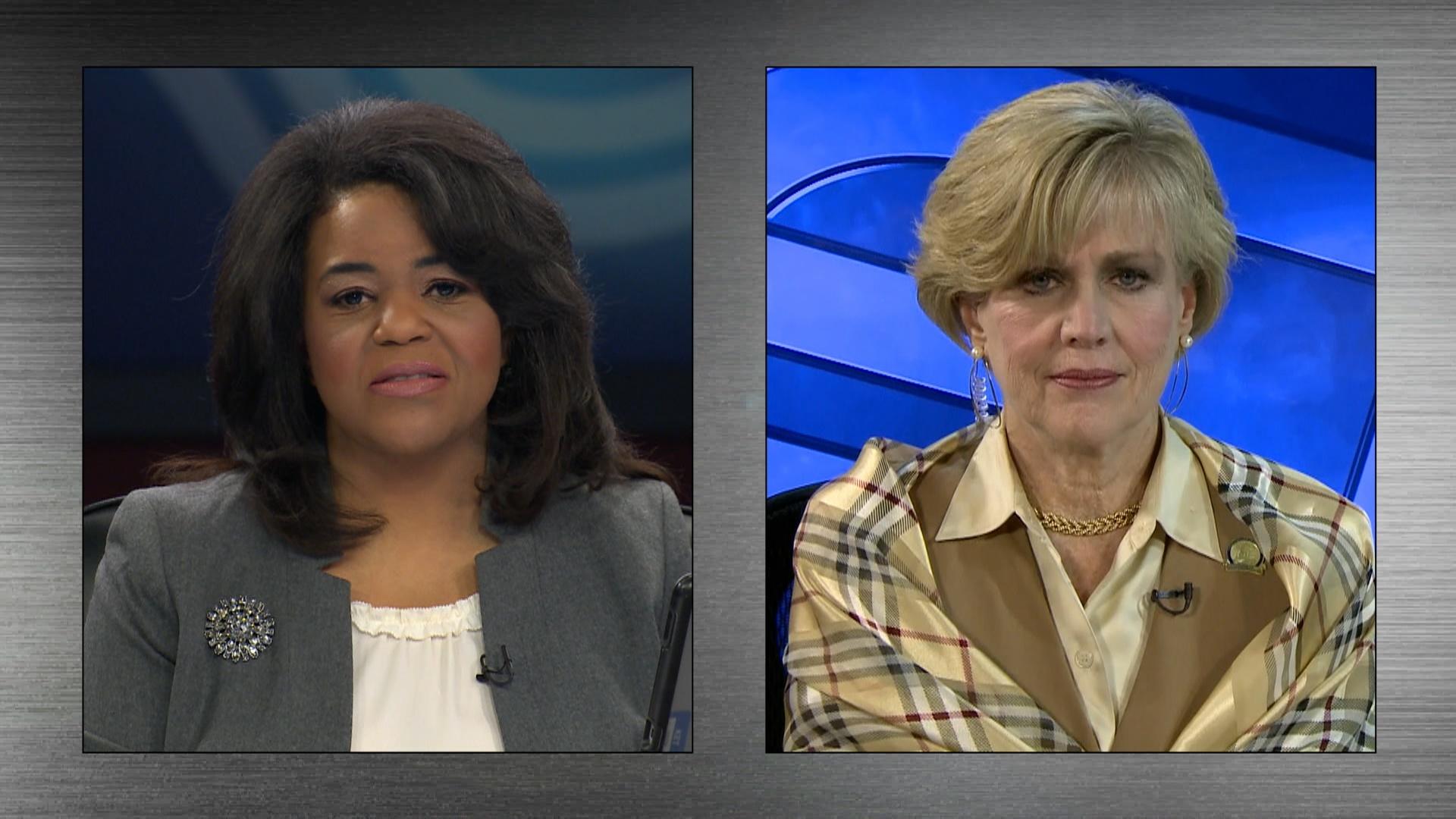