Options for Reforming Police and Policing

Although news about protests against police brutality targeting African Americans has faded from the headlines, the calls for reform continue. The debate often pits community activists against law enforcement, police unions, and policymakers over issues of tools and tactics, accountability, and transparency.

“Community members have a right to have a voice,” says Rebecca Ballard DiLoreto of the Institute for Compassion in Justice, “most particularly when it comes to these questions of discipline, but also when it comes to questions of policy and whether or not we want you to use military force in our town against our citizens, or whether or not we want you to target a particular neighborhood in the manner in which you’re doing it.”

From the viewpoint of officers on the street, Jason Rothermund, immediate past president of the Fraternal Order of Police Bluegrass Lodge 4, says policing only works if the community steps up to work with law enforcement. Despite the recent incidents of Black men and women dying at the hands of police, Rothermund says officers are inherently good people who work to preserve the good in a community.

“Nobody wants those bad actors,” says Rothermund, “but to hold all officers accountable for those specific actions, that’s not a logical argument.”

“Whether you think it’s true or not, the perception is real that there’s injustice out there, and as a law enforcement officer, I can’t ignore that. As a Black man, I can never ignore that,” says Weathers. “I have to listen to what people tell me, even if it is their perception because my job is to make sure people feel safe, make sure they’re treated with respect.”

Improving the Culture within Law Enforcement

The recent police-involved killings and the protests that have followed have already fostered self-examination in many departments.

Somerset Police Chief William Hunt says he and his officers are reviewing their policies and training procedures. He says leadership must set a tone that racism is not acceptable and that officers should speak up when they see fellow cops acting improperly.

Then there’s the composition of police forces. Tracie Keesee, co-founder and a senior vice president for the Center for Policing Equity, says departments need to be more diverse to better reflect the communities they serve.

“But it’s not just diversity at the lower levels,” says Keesee. “It’s at every rank where policy is being created, where things are being implemented.”

Others have called for departments to be more selective in the people they recruit. Keesee says screening tests for implicit bias are often suggested as a way to weed out potential bad actors. But she says the issue goes beyond identifying biases. She says the trick is to disrupt underlying biases so they aren’t activated in a high-pressure situation that demands quick decision-making.

DiLoreto acknowledges the challenges officers face on the job. They may have to confront an armed assailant and later help a woman give birth in her car.

“The kind of disposition that’s required most of all,” says DiLoreto, “is a capacity to de-escalate situations and the ability... to take a step back and see the humanity of the other person.”

Raymond Burse, general counsel for the NAACP, agrees that a sense of respect is crucial.

“I would like to change the blue culture to a culture that values everybody’s human life,” says Burse, “and everyone gets judged based on the same rules and regulations and is accountable for them.”

Much of the public anger against police stems from officers who aren’t punished or prosecuted even after their misconduct has been caught on video. Weathers says most discipline happens internally, usually out of the public eye, and often as a result of cops issuing complaints against other cops.

If a department punishes an officer, Weather says they must report that to the Kentucky Law Enforcement Council (KLEC). He says if an officer has a formal complaint on file, they cannot take a job with another police department without first getting approval from the council. That independent administrative body is comprised of police chiefs, sheriffs, police union representatives, the state attorney general, the United States attorneys for the eastern and western districts of Kentucky, a mayor, a county judge executive and a citizen-at-large member.

But the system isn’t flawless. Burse says a county sheriff in western Kentucky was elected to his post after having been fired by three other police departments. He also cites an officer hired by the Prospect Police Department despite having a record of misconduct on the Louisville police force. Burse says that individual was fired once the officer’s record came to light.

“Making these disciplinary records public and the public having access to them to know what’s going on is one of the things that needs to happen if we’re going to rebuild confidence in policing,” says Burse.

Hunt says under legislation passed by the General Assembly in 2019, an officer who has an internal investigation on their record can have their KLEC certification revoked if they try to move to a new department.

Still, officers face accusations of protecting their own and staying silent about misconduct. Rothermund rejects such allegations.

“There are good officers out there that are willing to speak up, and I think they’re the majority,” says Rothermund. “I don’t believe that the FOP has provided shade to misconduct in any way, and I think to infer that is insulting to the service that police officers provide every day.”

Reviewing a Range of Police Policies

Reform advocates are also calling for bans on no-knock warrants and chokeholds, an end to qualified immunity for officers, and the creation of civilian review boards. They also want police to examine a range of internal policies from the use of decommissioned military equipment to the targeting of so-called high-crime neighborhoods, which activists say leads to overpolicing of people of color.

In Lexington, Weathers says his department has been selective in the military equipment it has acquired. He says they do have armored vehicles to shield against high-powered weapons, but he says his department only uses those vehicles in active-shooter situations and not for crowd control.

Rothermund says the military-grade gear helps protect officers from the kinds of weapons found on the street today.

“There is a need at times for specialized equipment that the military also uses,” says Rothermund. “We don’t know what we’re walking into and we have to, in order to be successful, have the equipment.”

There’s also a debate about reallocating law enforcement funding to other agencies better suited to addressing social issues like homelessness and mental health concerns. Keesee says police are often called upon to deal with those problems because they are always on duty and can respond quickly.

“We should not be in these spaces, we should never have been in these spaces,” she says. “What the goal and focus should be is making sure that folks are not in crisis in the first place where we have to respond.”

From his perspective, Weathers says police aren’t being asked to do too much, they simply have too few tools and resources to properly respond to the social ills they encounter. He says he welcomes community suggestions on how to improve public safety.

“Our policies have to be living and breathing,” says Weathers. “We must mold them and shape them to what our citizens want, so we want input.” 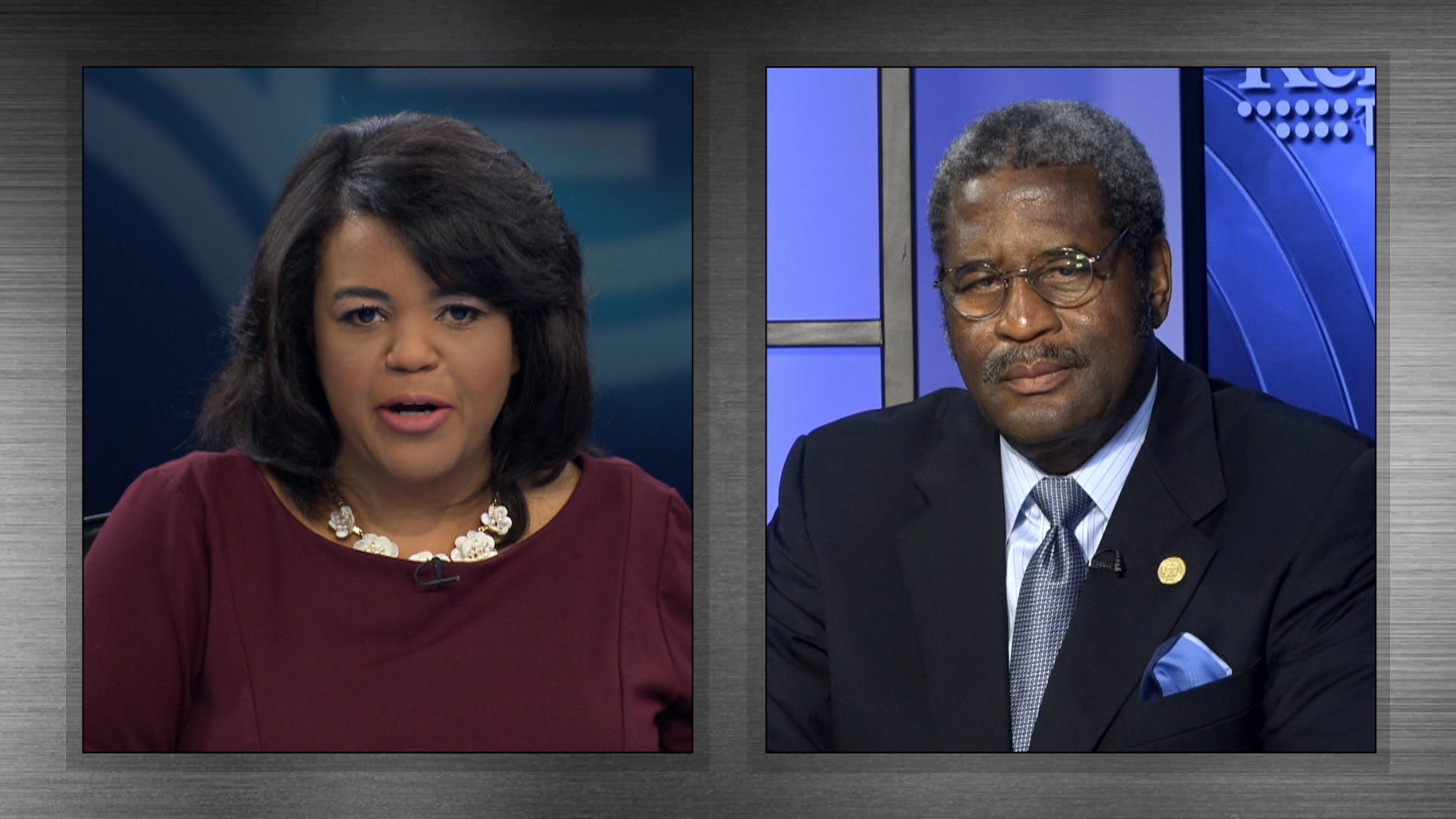