State lawmakers have big hopes heading into the 2016 for legislation regarding education, right to work, tort reform, the minimum wage, and a host of other policy goals.

But all of those debates will pale in comparison to the primary challenge facing the next General Assembly. Money.

After legislators pay the mandated contributions to the state employee and teacher pension plans, and Kentucky’s portion of expanded Medicaid coverage, little, if any, extra funding will remain for other budget items.

“The needs are great [but] the money is not there,” says Senate Minority Floor Leader Ray Jones (D-Pikeville).

“And that’s why I caution those who are asking for more money in other areas to really lower your expectations,” says Senate Majority Floor Leader Damon Thayer (R-Georgetown).

Funding State Pensions
Sen. Thayer is one of six lawmakers on a working group Gov. Steve Beshear formed to examine the Kentucky Teachers’ Retirement System. Early next month that panel is expected to deliver its recommendations for addressing the billions in unfunded liabilities in that system.

Thayer says those options will likely include making new hires pay a greater contribution toward their pensions and requiring them to work longer before they can retire. He says current employees could see changes to benefits that aren’t covered by the inviolable contract obligations of the retirement plan.

The working group probably won’t suggest a tax increase or a bonding issue to cover the pension debts, says Thayer. Otherwise, he says lawmakers will have to look at budget cuts in other areas to find money for the teacher plan and the state employees retirement system.

Rep. Rand, who is chairman of the House Appropriations and Revenue Committee, said the lower chamber offered a solution to the KTRS funding problem last year with a plan to issue $3.3 billion in new state bonds. That proposal died in the Republican-controlled Senate.

Beyond the KTRS working group recommendations, Rand says House Democrats are eager to see what Gov.-elect Matt Bevin will propose to address the pension debts.

Higher Education Funding
More than 30 states already tie a portion of public college and university funding to the school’s performance on metrics like degrees rewarded and the number of years students take to graduate. Some lawmakers in Kentucky have promoted that idea, and recently the state’s Council on Postsecondary Education endorsed allocating new money to state schools based on a performance-based formula.

“If we are tasked with the purpose of providing education and providing degrees, then those who succeed in that should be rewarded,” Koenig says. “They just want to have the money flow to the people that are having the success.”

Since little new money is likely to be available for higher education in the next biennium, Sen. Thayer wants to make a portion of existing college and university funding contingent on performance outcomes. He suggests measuring criteria like freshman retention, graduation rates, and the number of students gaining degrees that the marketplace demands.

The Democrats on the program had a more divided view of changing the funding mechanism.

“Performance-based funding is a good thing. It’s a step in the right direction,” says Rep. Rand. “It lets universities know we are looking at results.”

But Sen. Jones worries such a funding formula could hurt some state universities and community colleges.

“It would be punitive to schools that serve more economically depressed areas because those students, logically, would have a harder time completing a college degree in many instances,” Jones says.

The Pikeville Democrat contends that if schools like Morehead State and Eastern Kentucky University receive less state funding, they will raise tuitions to cover operating costs. Jones says those higher tuitions would, in effect, be a tax increase on already struggling working-class families who are trying to put their children through those schools.

Changes to Primary and Secondary Education
State Republicans have long pushed for legislation to allow charter schools in the Commonwealth. They see their prospects for success on the issue significantly brightened now that they’ll have a GOP governor who also supports school choice.

Sen. Thayer says charter schools are working across the country. In Kentucky he says they are desperately needed in districts like Jefferson County that have persistently under-performing schools. Charter schools would be relieved of certain regulatory requirements so they can better meet the unique academic needs of their students.

Many state Democrats have opposed the charter movement, fearing it would drain money away from already chronically underfunded public elementary and high schools. Sen. Jones says the state should commit to better funding existing schools and attracting and retaining the best teachers.

Rep. Rand, who represents farming communities in north-central Kentucky, generally agrees with that position, although he does see one possible use for charter schools.

“I’m skeptical of the charter school movement and what they represent,” says Rand. But “if it’s their goal to improve schools in mainly urban areas, then I’m for that.”

Medicaid Costs
The federal government is fully funding the first years of Medicaid expansion, but starting in the next budget biennium, Kentucky will have to pay a percentage of those costs. That price tag is estimated to be about $250 million for fiscal year 2017. By 2020, the commonwealth will have to pay 10 percent of the total coverage costs.

Sen. Jones says the expanded eligibility for Medicaid is well worth the extra money. He says anything that can be done to improve the health of Kentuckians will benefit the state. He says he’s curious to see how Gov.-elect Bevin will want to change the Medicaid system and the Kynect health exchange.

Instead of keeping Medicaid as it is now, Sen. Thayer wants to seek a federal waiver and get a block grant to build a Medicaid program that’s tailored to the state’s specific health care needs. He also says managed care organizations should have to reimburse health care providers in a more timely fashion. Otherwise, he says, those hospitals and doctors have less incentive to treat Medicaid patients.

Despite bipartisan support for public-private partnerships (P3) on transportation projects, such legislation has yet to become law. Proponents say it would give the state more funding flexibility for major infrastructure needs.

“I think there is a place in government for public-private partnerships, but I don’t think it’s on our roads,” says Sen. Thayer.

The Republican contends that P3 highway projects in other states have had significant problems. He says when revenues don’t meet the private contractors’ expectations, the roads fall into disrepair.

Sen. Jones says P3s should apply to transportation projects. Otherwise he fears some roads, especially those needed in rural areas, will never get funded.

Rep. Koenig says he’s sympathetic to the needs of smaller communities but he says his region of northern Kentucky remains desperate for a new connection across the Ohio River to Cincinnati. He says state lawmakers on both sides of the river are searching for creative ways to pay for a new bridge since the federal government hasn’t offered any money for the project.

“We’ve been hoping to find some method to fund it,” Koenig says. “It carries 2 percent of the nation’s GDP over the course of a year, so it’s a very vital artery, not just for Kentucky and Ohio, but for the nation.” 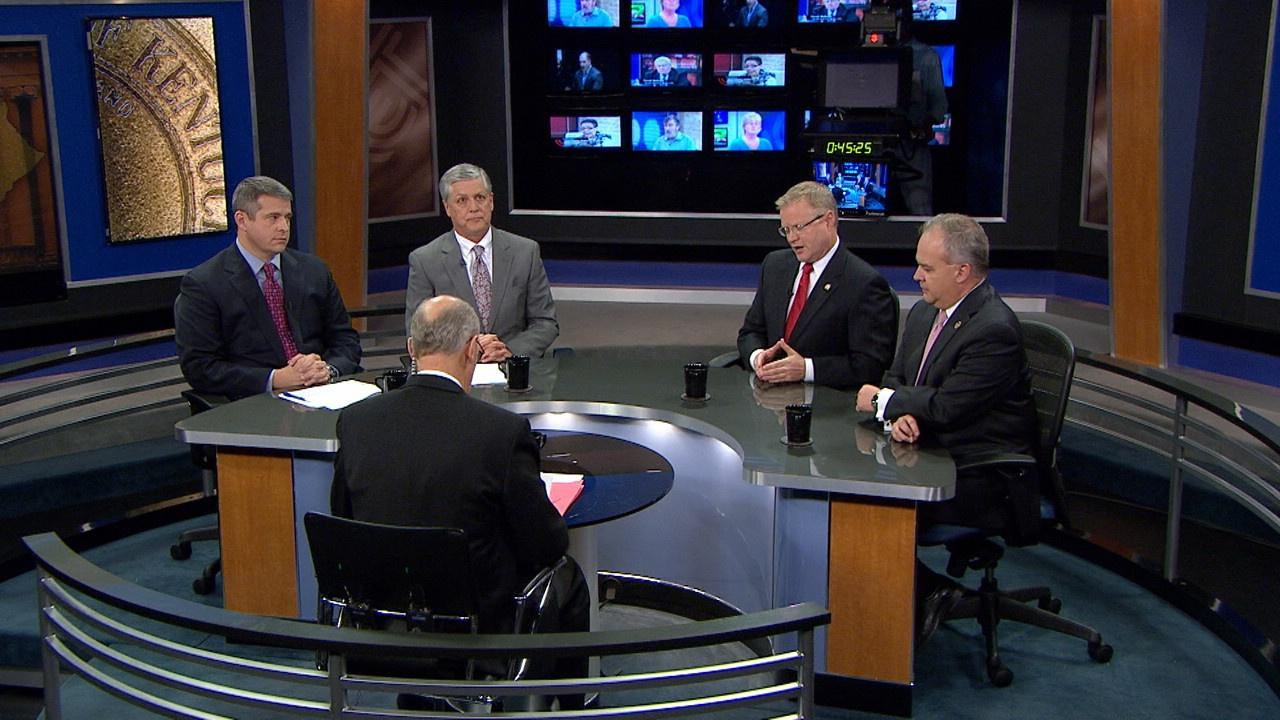