The top race in the 2022 primary elections Kentucky is the contest for the U.S. Senate. Republican incumbent Sen. Rand Paul faces five challengers on the GOP side, while Democrats have fielded four candidates.

Paul, who is seeking his third term in Washington, goes into his campaign with a significant fundraising advantage. Republican strategist Tres Watson says the senator also enjoys high favorability among Kentucky voters, even with those who disagree with him on policy.

“He consistently polls as one of the most popular politicians in the state,” says Watson. “You have to run a very well-oiled machine to knock him off and I just don’t think we’re going to see that this year.”

“His message of ‘get the government off my back’ whether you like it or not is playing extremely well in Kentucky right now,” says Morgan. “We have a number of candidates from the county level through the state legislature who are running exactly on that message.”

Democrats contend Paul is vulnerable because of his iconoclastic approach to politics.

The leading contender in the Democratic primary is Charles Booker of Louisville. The former state representative made a late surge in the 2020 Democratic primary for U.S. Senate as a result of his high profile during the protests over the police-involved death of Breonna Taylor that spring. He eventually lost that contest to former Marine Corps fighter pilot Amy McGrath.

Democratic strategist Morgan Eaves says Booker has faced some fundraising challenges this year, but she contends he can an inspirational candidate for Kentucky voters.

“I think he has a unifying message,” says Eaves. “Now more than ever, Kentuckians and folks across the country are looking for someone that’s going to be a unifier, that’s going to promote consensus building, and not stoke division.”

Given the long-shot status of any Democratic candidate in the race, Watson says he doubts national Democratic groups will direct much money to Booker’s campaign in favor of funding races that may be more winnable. But Elridge contends that the Democratic National Committee is eager to help defeat Paul in November.

After a decade and a half in Washington, 3rd district Congressman John Yarmuth is stepping down at the end of this term. The Louisville Democrat has served as the chair of the House Budget Committee and sponsored the American Rescue Plan Act.

Two Democratic state lawmakers are vying to succeed Yarmuth in Congress: Sen. Morgan McGarvey and Rep. Attica Scott. Elridge says either candidate will be strongly positioned to win in November and continue to fight for the values Yarmuth championed.

“Both are progressive in terms of a host of issues,” says Elridge. “Where they differ… there’s not a lot of daylight there.”

Nine candidates are competing in the Republican primary for the district that comprises nearly all of Jefferson County.

“It shows a lot of energy on the Republican Party’s part that there are a number of candidates running in the primary in the 3rd District who are out there willing to fight the liberal federal agenda,” says Morgan.

All 100 seats in the Kentucky House of Representatives and half of the seats in the state Senate are up for election this year. But only about half of these races have candidates from both parties actually competing in them, while a number of incumbents have primary challengers.

Watson describes this as a “strange election.” Douglas, though technically the incumbent, only arrived in Frankfort in January after winning a special election to replace Sen. Tom Buford, who died unexpectedly last year. Meanwhile, Cooperrider had been campaigning for another state Senate seat when redistricting moved him into the 22nd Senatorial District.

“They’re not very separate on the issues, it’s just Cooperrider is attempting to make this into a Frankfort-versus-us-type thing,” says Watson. “Honestly it’s anybody’s guess what’s going to happen there.”

The contest is also drawing significant money. Watson says Cooperrider has out-fundraised Douglas, but Morgan says Republican political action committee GOPAC has jumped in to spend $120,000 on behalf of Douglas.

“Outside groups have spent for both of these candidates,” says Morgan. “Cooperrider has been a very present candidate, he’s been at a lot of local meetings… while Sen. Douglas has been in the General Assembly session.”

The only Democrat in that race is Chuck Eddy, a Lexington salesman who ran as a Republican candidate for Congress in 2018 and 2020.

“The fact that they have opponents is just a symbol of the fact that our party is growing in power and number, and more people want to run against them,” says Morgan. “But they’re all conservatives running against conservatives.”

On the Democratic side, incumbent Rep. Pamela Stevenson of the 43rd state House District in Louisville has her own primary challenge from Robert LeVertis Bell. Stevenson, an attorney and retired U.S. Air Force officer, is seeking a second term in Frankfort. Bell is a middle school English teacher, community activist, and a self-described “democratic socialist.”

“Rep. Stevenson is a great legislator [and] a great candidate, she has the support of most of her colleagues in the Democratic House caucus,” says Eaves. “But I think Mr. Bell, the party would embrace him and support him if he’s ultimately the victor.”

There is no Republican running in that district this year, so the Democratic primary will determine who occupies that seat come January.

What’s Ahead for Both Parties

The Democratic and Republican Parties in the commonwealth face very different issues going forward. Establishment Republicans are up against a rising tide of challengers from the far-right fringes of the GOP, while Democrats continue to struggle to field candidates and win local, state, and federal races in an increasingly red state.

“My party absolutely needs to do better in building a bench,” says Elridge.

The party chair says Democrats of his generation have simply not been as active or engaged in politics as they should be. Eaves says finding good candidates has been hard in an era of hyper-partisan politics and negative attack ads.

“It’s very difficult to recruit people of character and of integrity when they know that’s what they’re going to be faced with,” says Eaves.

Watson says it can take negative ads or making “aggressive contrasts” to get people to change their voting behaviors. He says he’s concerned about the rise of outside groups funding ads for or against an incumbent candidate based on a single vote that individual has made.

“That’s a dangerous game to play because you’re going to end up electing somebody who you don’t necessarily agree with on a whole lot of stuff just because you’re mad about one vote,” says Watson. “I don’t think it’s good for party, it’s not good for the state to boil everybody down to just one issue.”

Watson describes himself as a mainstream Republican who is not “entirely pleased” with the direction of the national GOP. But he also says politicians must make compromises sometimes to be able to get into office or stay in office so they can be the “sensible voice” in policymaking discussions. 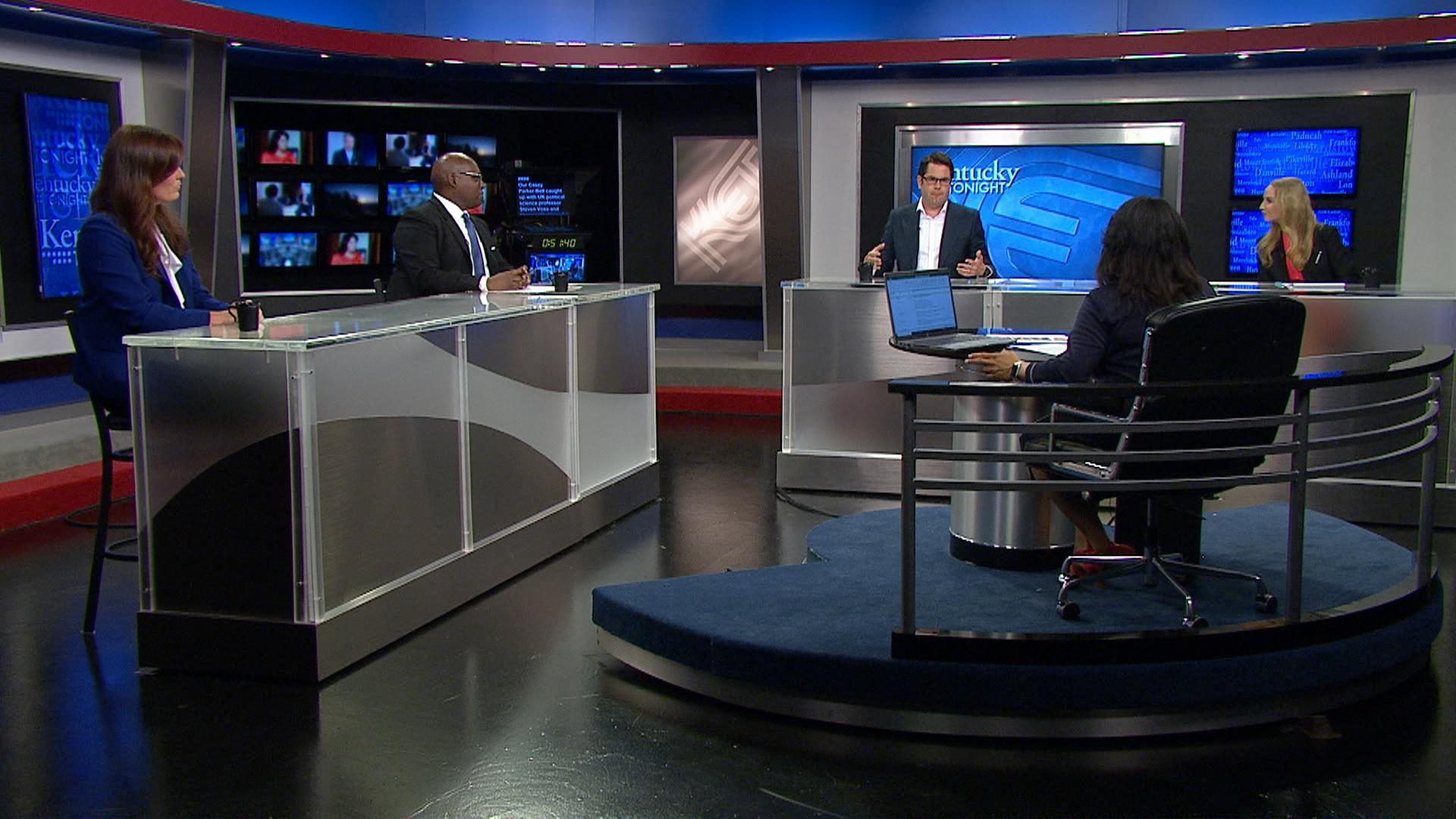