During the 2018 General Assembly session, teachers from around the state swamped the capitol to protest a pension reform measure that Republican legislative leaders slipped into a wastewater bill and rushed to final passage.

The Kentucky Supreme Court eventually overturned the bill that changed pension benefits for current and future teachers, saying lawmakers and the public weren’t given the proper time to consider the legislation.

Three years later, a new teacher reform proposal is before the General Assembly. State. Rep. C. Ed Massey (R-Hebron), the architect of the new measure, says hopes to avert many of the hard feelings that accompanied the so-called “sewer bill.” He spent more than a year working with education stakeholders to craft House Bill 258.

“There had to be some trust rebuilt after 2018 and all the problems that were associated with that,” says Massey. “I didn’t want anything to be forced upon anyone, so that’s why we brought these groups to the table to build that collaboration.”

HB 258 focuses solely on new educators hired after Jan. 1, 2022. They would be placed into a new retirement tier that blends a defined-contribution or 401(k)-type plan with a traditional defined-benefit pension.

“This is a true hybrid plan, and it was built on a consensus of all the groups,” says Massey. “There was no appetite to discuss something that would affect current teachers or retired teachers. This is what we could agree on.”

Rep. James Tipton (R-Taylorsville), a cosponsor of the bill, says public school teachers enrolled in the new tier would pay slightly less into the foundational part of the plan (the defined-benefit portion): 9% for future hires versus 9.105 percent for current employees. But now they would also contribute 2 percent of their pay to a supplemental account (the 401(k)-type portion), which will be matched by state. The health insurance contribution remains the same at 3.75 percent, says Tipton.

(New university teachers enrolled in this tier would pay slightly different amounts for their retirement package.)

“We want a fair compensation package to our teachers that will attract them to the industry, says Tipton. “But we also have to have a system that is fair to the citizens and taxpayers of the commonwealth.”

The House approved HB 258 on a 68-28 vote in early February. It now awaits action by Senate.

Reaction to the Proposed Plan

So far the Kentucky Education Association has not taken a position of the legislation. But KEA President Eddie Campbell does say the group would prefer that no changes be made to the teacher pension plan.

“KEA has a long standing position that the existing defined-benefit system works, and will continue to work well into future – as long as it is properly funded,” says Campbell.

Campbell says the proposal will make it more difficult to recruit new people into the teaching profession. Instead of adding a fourth tier to the teacher retirement system, he says lawmakers should focus on providing more support to new educators, including paid professional development, mentorships, and funding needed classroom resources.

Unlike the KEA, the board of the Jefferson County Teachers Association has endorsed the plan. JCTA President Brent McKim says since lawmakers were determined to create a new tier for newly hired teachers, he wanted educators to be part of those discussions. He says it was critical that any plan maintain existing benefits for current teachers and retirees and also provide new hires similar retirement benefits.

“When you look at the total benefit package for the current tier and the proposed new tier, they are roughly equivalent, depending on what age you start working and what age you retire,” says McKim.

Rep. Patti Minter (D-Bowling Green), who is a history professor at Western Kentucky University, says teachers deserve better than to have another pension plan rushed through the legislature. She contends the move from a straight defined-benefit plan to a hybrid plan for new hires will result in a 10 percent cut in benefits over the course of a teacher’s retirement.

“Why did we vote for a plan that pulls the rug out from under our next generation of teachers at a time that our working teachers are having the most difficult academic year of their lives as they teach our children in this COVID environment?” says Minter.

Minter and fellow Democrat, Rep. Buddy Wheatley of Covington, say the plan will either cause aspiring teachers to move to neighboring states that offer better pay and pension packages, or simply choose another profession.

“The risk is being shifted from the state to our new teachers. That concerns me,” says Wheatley. “I think they deserve a secure retirement, and a fully funded... defined-benefit pension system is the best way to do that.”

Critics of HB 258 also say the plan does nothing to address the estimated $15 billion in unfunded liabilities currently facing the Kentucky Teachers’ Retirement System. Democrats contend that launching a fourth tier of teacher pensions will only further weaken that plan.

“When you create a new system that’s going to reduce the number of people in the defined-benefit plan, obviously you do, over time, put benefits for people who are currently in the system or retired in jeopardy,” says Minter. “The system works by bringing people in constantly. You fund it by having new people.”

Tipton says HB 258 was never meant to reduce the existing unfunded liability, but he contends it will stop that obligation from getting larger.

Massey says an actuarial analysis of his bill indicates it could save the state as much as $3.57 billion over the next 30 years – money that could be put towards the current unfunded liability. Without stopping the bleeding in the current pension deficit, Massey and Tipton say the state will face an even greater funding crisis in the future as ever more General Fund dollars get allocated to pension liabilities.

“We would all like to see more money go in to teacher salary, to programs to support teachers,” says Tipton. “However, all the growth over the last few years that we’ve had in our General Fund budget has gone to the increased costs of the teacher pension system and also our Kentucky Retirement System.”

Another benefit of HB 258, according to Massey, is that it includes a provision to prevent the new hybrid plan from adding to the overall pension deficit already facing the state. If the defined-benefit portion of the new plan falls below 90 percent funding, the legislation requires the teachers’ retirement board to take corrective action.

For example, the board could move money from the supplemental fund into the foundational plan to ensure it remains funded at proper levels, says Tipton. Massey adds that only the KTRS board can make that decision. He says lawmakers would not be allowed to raid the supplemental account for money to fund other state needs.

Wheatley and Minter say they appreciate the work Massey has done to craft the legislation with stakeholder input, but if HB 258 continues to move forward, they want teachers to have the flexibility to choose between the existing retirement plan and the new tier.

“I hope there’s some consideration about making this an option as opposed to a mandate to go to a new whole system,” says Wheatley.

The bill is now before Senate State and Local Government Committee, and Massey says he expects the panel will take it up in the next two weeks. 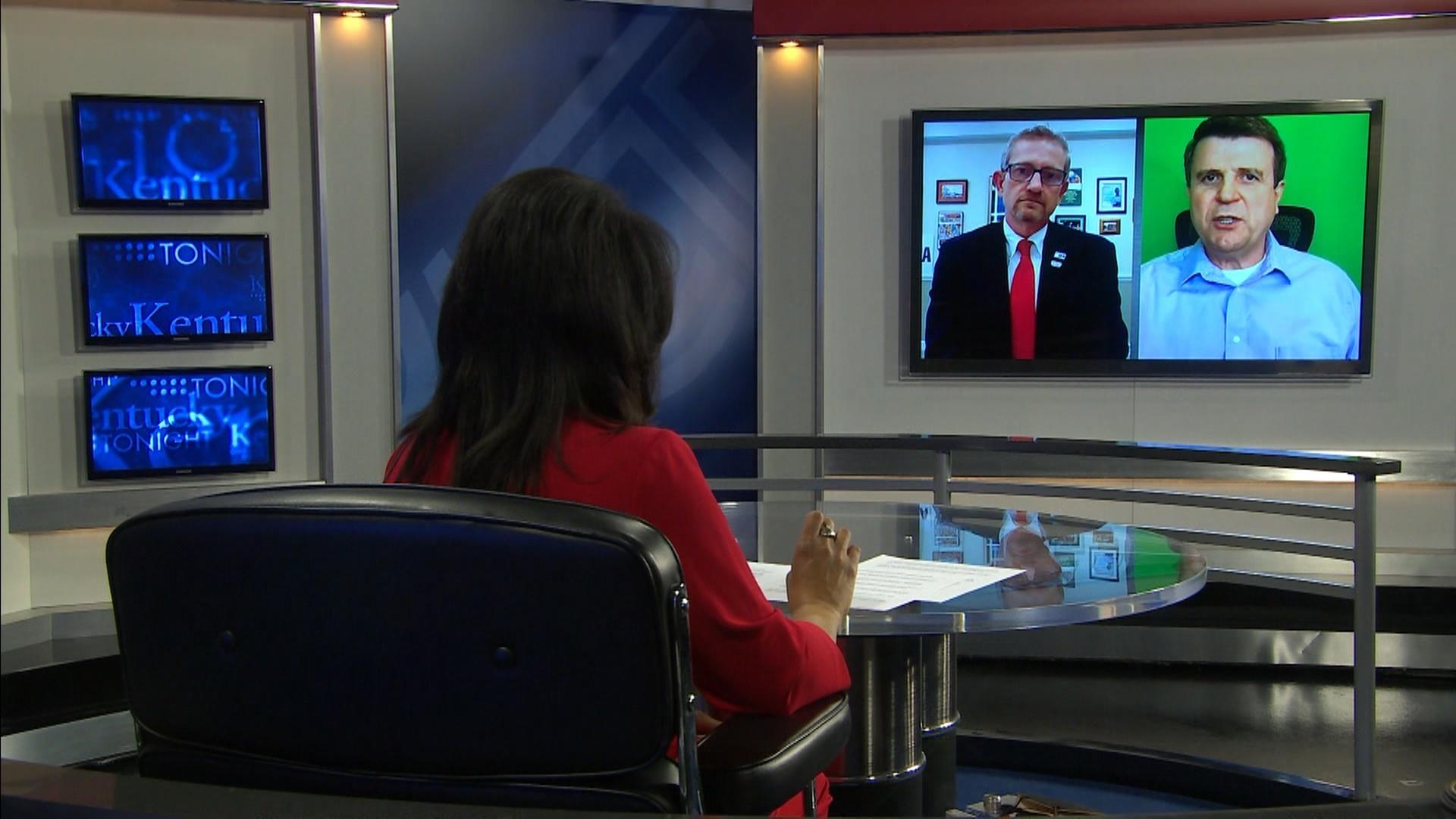