Candidates running in the Republican primary for the U.S. House of Representatives in the state’s 6th Congressional district appeared on Monday’s edition of Kentucky Tonight on KET. The show featured incumbent Rep. Andy Barr and challenger Roger Q. Brill.

Andy Barr was elected to Congress in 2012. He studied law at the University of Kentucky and worked in private practice in Lexington. He served as legal counsel for Gov. Ernie Fletcher.

Roger Q. Brill earned a civil engineering degree from the University of Nebraska. He is a certified welder who has owned and operated a steel fabricating shop in Cynthiana for 37 years.

National Security and Defense Spending
Barr contends President Obama has created a leadership vacuum in the fight against terrorism, which he says has allowed ISIS to grow more powerful. He says Congress needs to fully fund the military as well as counterterrorism and intelligence activities.

Barr also calls for more technical assistance to help American allies disrupt terrorism networks; banking and financial services reforms that would intercept money for terrorist groups; and tighter immigration policies to keep would-be terrorists out of the U.S. He says the way to defeat terrorism is to capture and kill terrorists.

Brill says the primary responsibility of the federal government is to protect the territorial integrity of the United States. He contends politicians have failed to secure the southern border even though Americans have begged them to do so.

On defense spending, Brill says he would give the military “pretty much everything” they request, but he adds that he doesn’t think the United States needs to be the world’s policeman.

“I believe that a lot of things that happen in the world are just simply none of our business,” Brill says. “I think that we need to be very measured about the degree to which we meddle in the affairs of other countries.”

The Federal Budget
Brill criticizes congressional Republicans for passing omnibus appropriations bills that he says have allowed President Obama to borrow as much money as he wants. Instead of fearing a public backlash, Brill argues that Republicans should allow a government shutdown and tell Americans that filibustering Democrats in the Senate are to blame for it.

“We sent [congressional Republicans] to Washington to be an opposition party and they have declined to do so,” Brill says.

“I voted to prevent catastrophic cuts to our military at a time when the threat environment is on the rise,” Barr says. “I’ve never voted to raise the debt ceiling when we’re not doing something to also reform the way Washington operates.”

Barr is co-sponsor of a balanced budget amendment, and he voted for legislation to withhold lawmaker pay if they fail to pass appropriations bills. He says he also supports mandatory spending reforms to address what he calls the “entitlement-fueled debt crisis.”

Health Care
Both candidates agree that the Affordable Care Act should be replaced.

“Obamacare has been an unmitigated disaster,” says Barr. “It’s resulted in a shrinking U.S. labor market, it has increased premiums and deductibles, [and] people have lost their choices of hospitals and doctors.”

Brill says the Affordable Care Act is “a monument to liberal arrogance and liberal stupidity” and should be replaced as soon as possible. He says he supports free-market mechanisms that will keep health care costs low, and he prefers a solution that will enable those with preexisting medical conditions to get and keep insurance coverage. 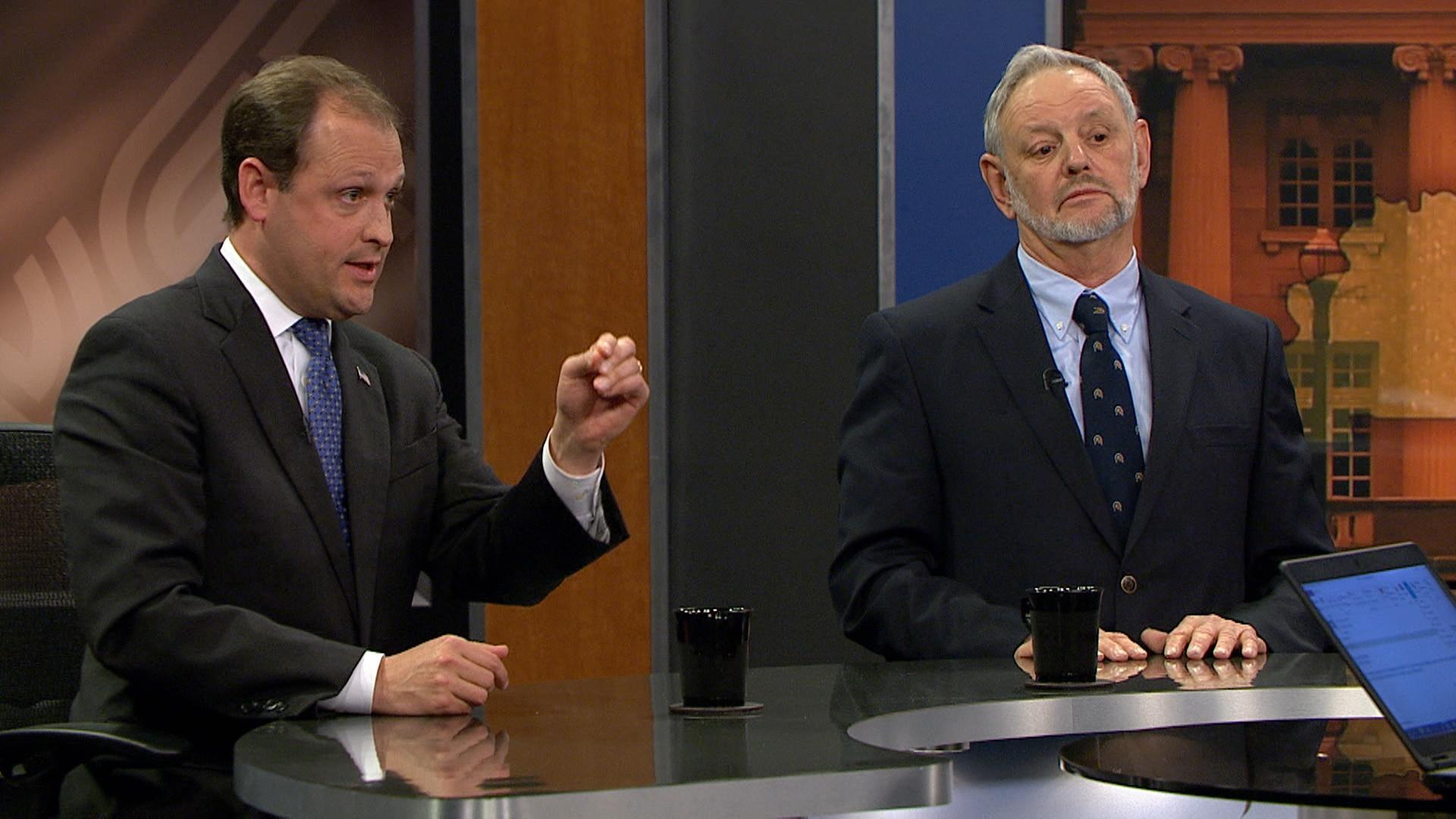