Candidates competing in the race for Kentucky Secretary of State appeared on KET’s Kentucky Tonight.

This was the second in a series of discussions with candidates running for statewide constitutional offices the 2019 election season.

Michael Adams and Heather French Henry shared their priorities for the office and their views on improving voting processes in the commonwealth.

Republican Michael Adams is a native of McCracken County and a graduate of the University of Louisville and Harvard Law School. He worked for U.S. Sen. Mitch McConnell, Gov. Ernie Fletcher, and the U.S. Department of Justice under President George W. Bush. He operates an election law practice that assists Republican candidates nationwide, and he was member of the Kentucky Board of Elections.

Democrat Heather French Henry was commissioner of the Kentucky Department of Veterans Affairs under Gov. Steve Beshear and deputy commissioner under Gov. Matt Bevin. She managed 900 employees, a $102 million budget, and veterans’ programs in all 120 counties. Henry was raised in Maysville and Augusta, and graduated from the University of Cincinnati. She lives in Louisville and was Miss America 2000.

The Republican says his top priority is to advocate for a law that requires Kentuckians to show a photo identification to be able to vote.

“A lot of people think we already require that, but we don’t,” says Adams. “Our law says that the poll worker does not have to ask for a photo ID, and if they do chose to ask, the voter can refuse.”

Adams says his proposed law would include funding to provide a state-issued photo ID to any qualified voter who cannot afford one. He contends a photo identification requirement is a commonsense way to prevent election tampering. Adams says vote fraud is not as rampant as some people allege, but he contends it does happen in the commonwealth.

Henry says a government-issued ID is a good idea for a number of reasons, not just voting. She says the photo ID requirement is worth “a very serious discussion” if it can be implemented in a way that is “fair, affordable, and accessible.” She downplays the importance of an identification requirement, saying that local elections officials tell her they’re more concerned about cybersecurity issues.

The Democrat says her top priority is to secure more money for county clerks to offset election-related expenses.

“I would be one of those Secretaries of State that would go forth in a budget session to request some additional funds,” says Henry. “Legislators, they can always say no, but they can’t say yes unless you ask.”

Another budget priority for Henry is to hire a chief information security officer to oversee cybersecurity for state and local elections systems.

Adams is also concerned about cybersecurity. He says a recent review of county clerks by the state elections board found that many offices use insecure WiFi connections. He pledges to travel to all 120 counties to train county clerk staffs on best practices for cybersecurity.

The Republican also wants to expand voting hours to make it easier for people to cast their ballots. He says there’s some concern that such a change could require a constitutional amendment, but he says his reading of the state constitution gives the General Assembly the flexibility to modify voting hours.

In a candidate survey for Greater Louisville Inc., Henry said she would push to change the state’s voting system to paper ballots. She says that will improve election security and allow for an auditing of the vote. But she acknowledges that will come with a steep price tag.

“We can’t be so cavalier when we talk about switches in these systems, says Henry. “It all costs money, it all has a huge fiscal impact.”

“Paper ballots counted electronically is a gold standard,” he says. “That gets you the benefit of having paper-trail records of what people did in their votes, but also the ability to count them very quickly.”

But Adams says he won’t push for a statewide switch to paper because he contends many counties simply can’t afford it.

Both candidates say the political parties should decide whether to allow open primaries in which people can vote in any primary regardless of their party affiliation.

On early voting, Adams says Kentucky law already provides sufficient rules for enabling a person to vote before election day. He says requiring a legitimate reason to vote early, such as being ill or in the third trimester of pregnancy, or traveling out of town, helps protect election integrity.

Henry says those restrictions should be eased because people don’t always know whether they will be sick or traveling on election day. She contends the current rules may force a person to lie to be able to vote early. As with any election reform, she says she would solicit feedback from all county clerks before changing election procedures and practices.

Adams opposes automatic voter registration, saying people should be able to consent to being on the voter rolls. Instead he wants to clean up the state’s voter registration data because he says some 300,000 people are on the rolls that shouldn’t be.

Henry agrees the voter information need to be accurate, but she says she wants a clear-cut process for conducting regular maintenance on registration data. She also says there should be a better method for voters to change or delete their registration rather than having to do it by mail.

Neither candidate favors lowering the voting age to 16 as a way to improve election participation. But Adams says he could support allowing 16-year olds to pre-register to vote to get them interested in the electoral process. Henry supports more civics and voter education in public schools. She also suggests creating public service announcements that feature veterans talking about how their military service has helped protect Americans’ right to vote.

Henry says she would consult with law enforcement, commonwealth’s attorneys, probation officers, and others before promoting a specific voting rights restoration proposal that would likely unfold in incremental steps. She says it’s important to restore those rights, especially for younger Kentuckians.

“If we don’t do something,” says Henry, “then I fear that we will be creating future generations of non-voters.”

Adams says he prefers a targeted approach to restoration.

The Republican says he would prohibit violent felons and those who committed election law-related felonies from qualifying for automatic restoration. 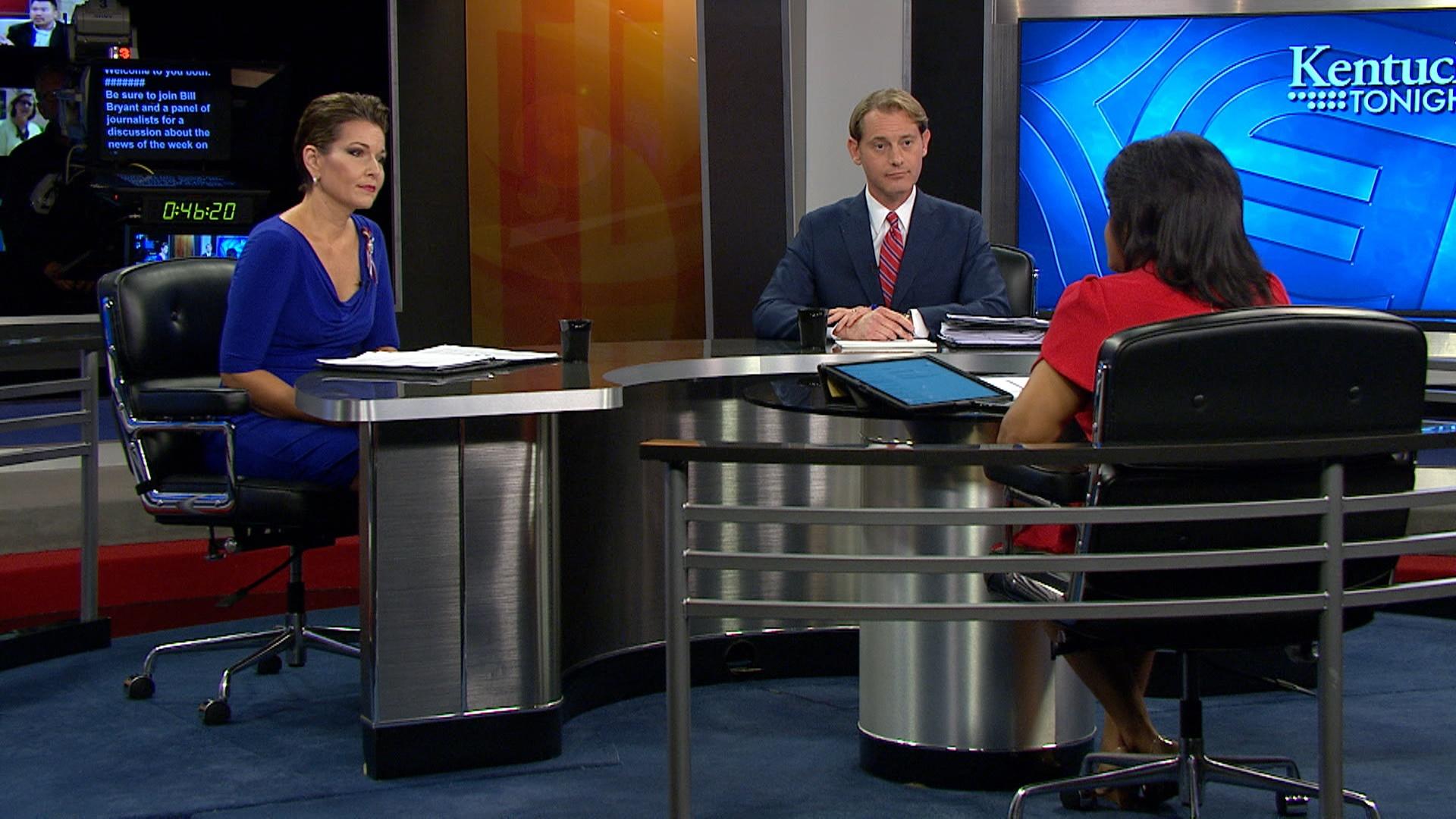