Achievement gaps, charter schools, testing and accountability measures, and college costs are among the many education issues awaiting lawmakers in the 2017 session of the General Assembly.

Achievement Gaps
Speaking to USA Today reporters last week in Washington, U.S. Education Secretary John King called out Kentucky for failing to address performance inequities among the state’s public school students. Among the achievement gaps outlined by King, the story said, “60 percent of white elementary students scored at either the proficient or distinguished level in reading, while only 38 percent of black students scored that high. For Hispanic students, the figure was 43 percent.”

A recent report from the Prichard Committee for Academic Excellence [LINK to this week’s Connections recap] further detailed the issue, saying as many as 70 percent of Kentucky children may be at risk of under-performing. The study said achievement gaps can start as early as kindergarten. See this week’s Connections.

“If there’s a pressing problem right now in Kentucky education, this is it,” says
Rep. Stone. “This is the time for all hands on deck and really be thinking about ways to remedy the situation not in the next generation but in this generation.”

Stone recommends boosting funds for early childhood education, saying that addressing achievement gaps sooner will reduce the need for remedial interventions later. Sen. Wilson adds that more money for kindergartens would help. He says the state pays for half a day now, and could consider full-day funding. Wilson also says more parental involvement, such as reading to a child from a very early age, can improve academic achievement.

Charter Schools
Last week the Kentucky Board of Education said it would study the possibility of bringing charter schools to the commonwealth. Such schools, which are usually publicly funded, are freed from some academic regulations and allowed to employ innovative teaching strategies in return for meeting certain accountability and student achievement standards. Frankfort Republicans have pushed charter school bills in several recent legislative sessions, but the measures have stalled in the Democratic-controlled House of Representatives.

Rep. Moffett contends that since traditional schools are failing some students, especially low-income and minority pupils, parents should have the option of sending their children to a charter school that can better serve their needs. He says the charter concept has been well tested: Minnesota started the first American charter schools in 1994. They now operate in 43 states.

“We have the opportunity to take all of the lessons learned over the years from all of those states that have done it and fashion a charter school law that’s effective, that will have accountability that we want,” Moffett says. “And If they don’t work well, we should close them and start them over. “

Democratic opponents of charters argue the schools drain money away from traditional classrooms, can lack proper oversight, and can result in the privatization of public education if for-profit companies are allowed to operate the schools. Stone says student achievement gaps can be solved within the existing public school framework without risking dollars to create a charter school system. He favors suspending some regulations or laws to give traditional schools more flexibility to try new instructional methods.

Sen. Webb says she’s not been impressed with the performance of charter operations she’s tracked in other states.

“I’m not saying there’s not a model that might work,” says Webb, “but I am very cautious based on the success or lack of success in some jurisdictions with the charter school as a be-all, end-all to solve the education problems.”

Moffett acknowledges that charter schools aren’t a “silver bullet” but instead should be considered another “tool in the tool shed” to address achievement problems. He and fellow Republican Wilson support legislation that would allow pilot projects to test the charter concept in urban Jefferson and Fayette counties where achievement gaps have been the most persistent. Wilson says that would give educators, lawmakers, and parents a chance to evaluate whether charters would be a good option for Kentucky.

Greater Transparency for Test Results
Moffett has prefiled a bill for the 2017 session to make it easier for parents to know exactly how well the school their child attends or might attend is performing. The legislation would require every school and school system to clearly display in the upper right corner of its website homepage the percentage of students performing at proficient or above in six categories of the state’s standardized test scores.

Although that data is already available online, Moffett says it takes effort to search it out for each school. Wilson says anything that helps parents gauge their child’s school’s performance is a step in the right direction.

“Right now it’s really hard for parents to figure out exactly how their child is doing or how the school itself is doing,” says Wilson. “A lot of times it’s a summative score and you can’t see how different groups are performing.”

Since the bill was only prefiled on Monday, Webb and Stone hadn’t had a chance to review the legislation. They say the concept is good, but Webb wants to ensure that any topline percentages that are presented take into account demographic differences that exist among school populations. Stone says some people may not feel comfortable seeking out this information online, so he hopes parents will go to the child’s school to ask for it.

Other Primary and Secondary Issues
Kentucky’s lawmakers and education officials are busily preparing to implement the new federal Every Student Succeeds Act, which Stone says will return more decision-making authority to the state and to local districts, especially over testing and accountability measures. Part of the process, says Wilson, is to “purge our laws” of regulations enacted to implement earlier federal legislation like No Child Left Behind and Race to the Top that some education advocates found too restrictive.

Scholarship tax credits is another issue that could come before the legislature in 2017. Wilson and Moffett say the idea is to grant tax credits to individuals or corporations that donate money to a nonprofit organization that gives scholarships to low-income students so they can attend the public or private school of their choice. Moffett says this will give at-risk students the ability to leave a school that is failing their needs, while legislators continue to debate the larger challenges facing public education.

And all four lawmakers say the unfunded liabilities in the Kentucky Teachers’ Retirement System will be an ongoing problem for the commonwealth. Wilson says the nearly $1 billion allocated to paying down the debt in the current biennium is a good start. Webb says legislators must come up with a solution to the funding crisis or else risk loosing high-quality teaching talent to other states and other professions.

Wilson says not all families can otherwise afford the cost of a dual credit courses. He emphasizes that the classes can help students get a jump start on traditional college course work or they can put them on a path to a technical certification that can lead to a good-paying job. The legislature appropriated $15 million over the next two years to cover dual credit course costs for students.

This program offers additional advantages, according to Stone. Since the scholarship money pays for the classes, students can enjoy lower college tuition costs because they’ve already completed some of their coursework. Plus he says high school students who fear they’re not academically suited for higher education can experience college-level work. As they succeed in the dual credit classes, they may feel encouraged to attend a college or university.

Starting in 2017 students pursuing a two-year degree or certificate program can receive assistance from the new Work Ready Kentucky Scholarship Program. That will provide gap funding to students who receive financial aid so that any costs not already paid for by a scholarship or grant will be covered, thus making their schoolwork essentially free. Stone says the program represents the kind of “outside the box” thinking that can help reduce higher education costs for many Kentucky students and develop a better-trained workforce. 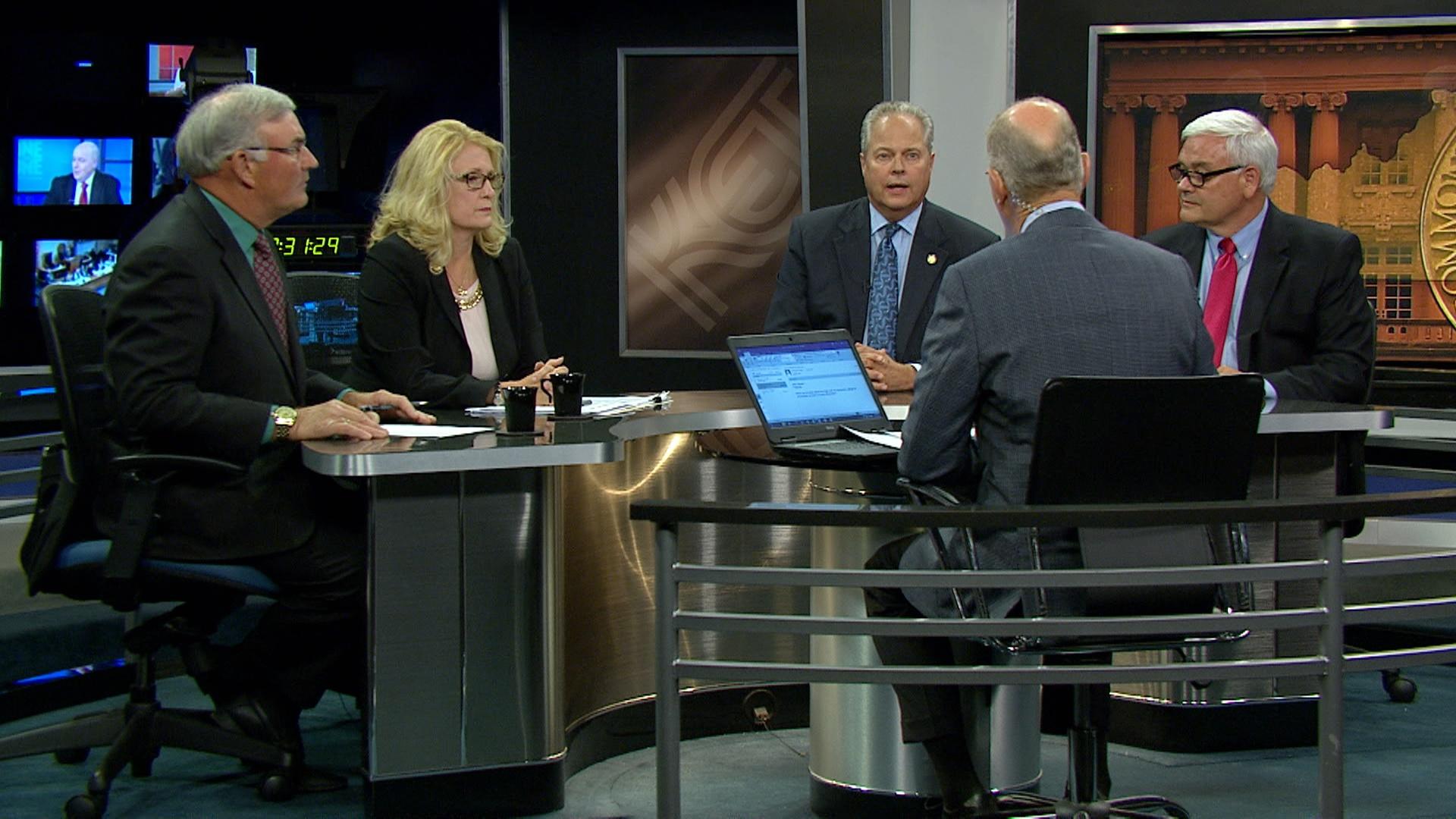