As lawmakers head into the final stretch of the 2022 General Assembly session, they are faced with resolving differences between House and Senate versions of the state budget and tax plans.

“The number one priority that we had was to begin to work on adjusting state workforce pay so that we can retain appropriate people inside of governmental service,” says Senate Appropriations and Revenue Committee Chair Chris McDaniel (R-Taylor Mill).

The Senate plan calls for a $4,500 pay raise for all state employees in the first year of the biennium. State police officers and social workers would receive additional increases. In the second year of the biennium, state workers would receive another bump based on a study to be done by the Personnel Cabinet of all state positions and regional cost of living differences.

“When you look at how much money we have to spend, we’re not pinching pennies this time,” says Senate Minority Caucus Chair Reggie Thomas. “We’ve got opportunity.”

The Lexington Democrat says the Senate proposal adds some $3.6 billion in new debt, yet shortchanges health care and education. For example, he criticizes the plan for not funding full-day kindergarten, which the House version of the budget does, or universal pre-kindergarten.

Another sticking point for Democrats is that neither the House nor Senate plans allocate specific funds for teacher pay raises. McDaniel and House Budget Chair Jason Petrie (R-Elkton) say their budgets provide other funding to school districts, plus public schools in the commonwealth received millions of dollars in federal pandemic assistance. They say that should free up funds at the local level so individual districts can decide what pay raises are appropriate for their teachers.

“To go over the top of that with a bulldozer mentality and say we’re going to mandate this despite what your pay-scale needs are at the local level and your history at the local level, I think, is irresponsible and not a function of state government,” says Petrie.

The Senate plan also provides less transportation funding for schools than the House version. McDaniel says schools can tap federal dollars to help with those costs, plus he says districts should have transportation funds left over from when schools were closed to in-person instruction because of COVID. Petrie says the House budget focuses its school transportation spending on the districts that need the most help. But he adds that he’d like to eventually move to fully funding transportation costs for schools.

Another difference between the two plans is that the Senate removed a House appropriation of $10 million in annual funding for a grant pool to be divided among all 138 state lawmakers. Every senator would have $130,000 and each representative $50,000 to award grants in their districts for education activities or to governmental or quasi-governmental entities.

Petrie says this would enable lawmakers to fund worthy projects that are too small to get funded through the regular state budget process. He says all grants would be in the public record and would be administered by the Department for Local Government.

Rep. Buddy Wheatley (D-Covington) says he appreciates the intent of the proposal even though he opposes the idea.

“I really do appreciate innovative looks at ways that we can help Kentuckians,” says Wheatley. But he adds, “it’s just not quite baked enough.”

McDaniel offers no explanation as to why the Senate budget omitted the grant pool from its plan. But Thomas says he supports the pool as a good way for lawmakers to return tax dollars to their local communities and support worthy causes.

“If it’s done the right way, it could help a lot of people across the state,” says Thomas.

An Income Tax Cut and a Tax Rebate

Republican leaders are carefully guarding the state’s surplus funds to provide them the fiscal cushion needed to promote tax-related bills, including an income tax cut offered by the House and a tax rebate proposed by the Senate.

House Bill 8 would drop the individual income tax rate from 5 percent to 4 percent starting next year. The measure also calls for further reductions in the rate as the state meets certain revenue benchmarks.

“Over time it would take the personal income tax rate from its current flat rate of 5 percent to zero ultimately,” says Petrie.

To make up for the lost income tax revenue, the state would add sales taxes to a range of goods and services not currently taxed. Food, prescription medicines, and utilities would still be excluded.

The Kentucky Center for Economic Policy says the 1 percent cut to the income tax would reduce state receipts by $1.1 billion a year. Further reductions would benefit the wealthy far more than lower- and middle-class families, the group argues.

“It is the thing that helps states grow, helps wages grow, and provides opportunities for people,” says McDaniel.

Wheatley says the issue is a matter of fairness, not class warfare. He says a graduated income tax is fairer than the current flat tax. He also fears how the plan will impact the state budget, since he says the proposed sales tax changes won’t compensate for lost income tax receipts.

“We’re going to look at some really draconian cuts in the future if we don’t correct this or stop it now,” says Wheatley

Thomas says the plan hurts working families, and will preclude vital investments in the state’s future.

At the same time, Senate Republicans have proposed a plan to give Kentuckians a tax rebate. Senate Bill 194 would send $500 to individual taxpayers, and up to $1,000 to households. That is expected to cost the state $1.15 billion.

McDaniel says the state can afford the rebate since there will be more than $2 billion in unanticipated revenues this fiscal year and since the Budget Reserve Trust Fund is at record levels. He says Kentuckians need the rebate to help offset the costs of inflation.

“That’s the people’s money,” says McDaniel. “It needs to be spent wisely and frankly one of the best places is for them to spend it themselves.”

Thomas criticized the plan on the Senate floor, saying it would do nothing to help the poorest Kentuckians who don’t make enough money to pay income taxes and would therefore be ineligible to receive the rebate.

The Senate approved SB 194 on a vote of 28 to 7 with most Democrats opposing it. The tax cut bill passed the House 67 to 23. Neither chamber has taken action yet on the other chamber’s bills, but McDaniel says he thinks the state can do both the tax cut and the tax rebate.

A Pay Increase for Legislators

Democrats offered an amendment to make the boost for legislators a separate measure, but that proposal was defeated. Petrie says it’s been since 2008 since senators and representatives got a salary increase. McDaniel says the Senate hasn’t discussed the issue yet, but he says if lawmakers get a bump it shouldn’t exceed what all other state employees receive.

Thomas says it makes no sense to improve lawmaker pay but not give the state’s teachers a raise.

“To say we’re going to give ourselves a raise and not give teachers a raise, that just frankly troubles me,” says Thomas. “I think qualified teachers are probably a little bit more important.” 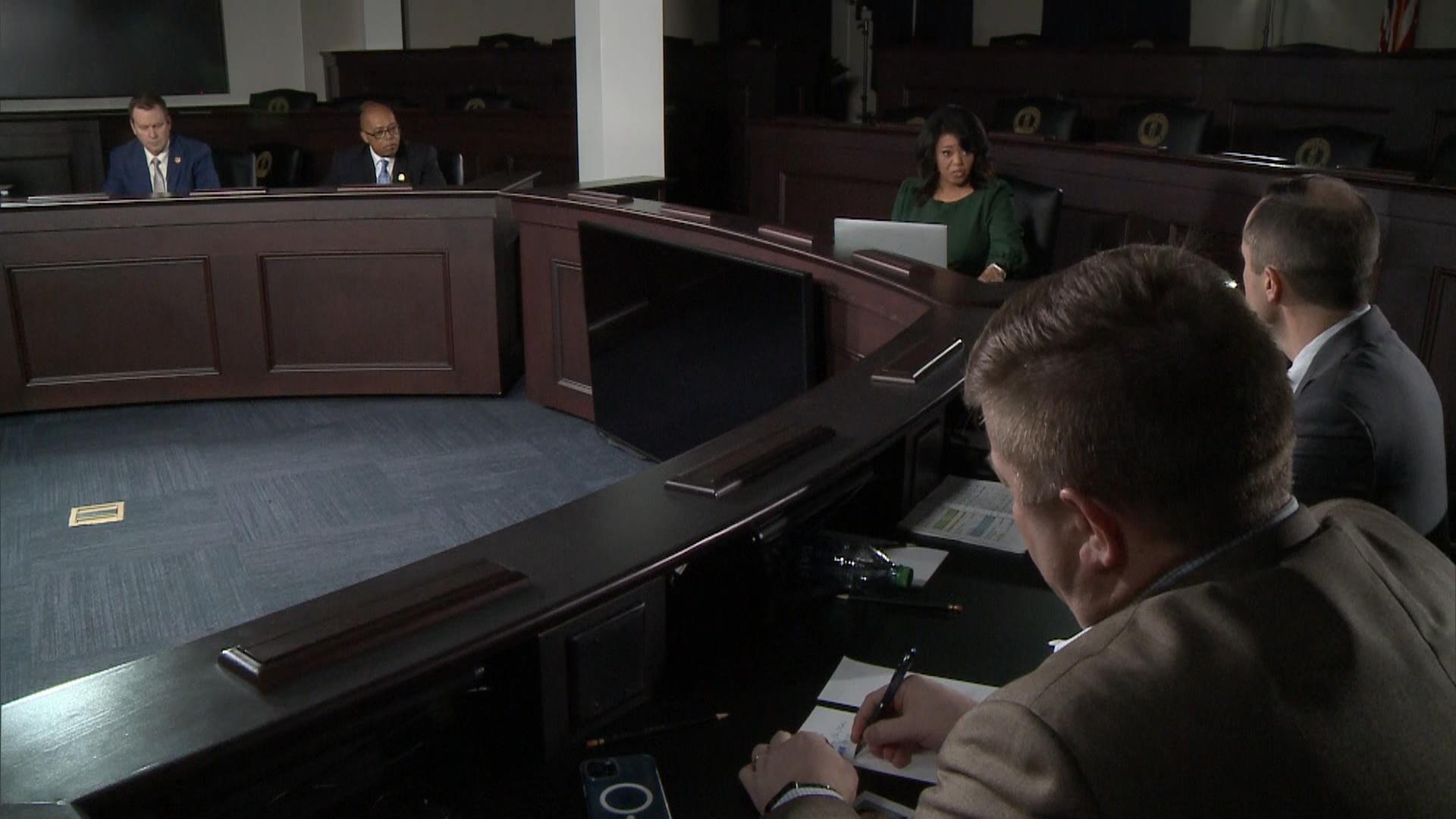