2016 Presidential Election: the Debate and Beyond

Earlier in the evening, four Kentuckians talked about the debate and what to expect from the two major party candidates during the remainder of the campaign. The Kentucky Tonight guests were state senators Ralph Alvarado (R-Winchester) and Reginald Thomas (D-Lexington) as well as political operatives Mike Ward, a Democrat, and Iris Wilbur, a Republican. Here are five key points from their conversation.

1. Appearances Matter
Alvarado said voters, especially the ones who are still undecided, want to see which candidate can appear presidential and exhibit the characteristics they expect in a leader. Thomas put the appearance factor into more succinct terms. He contends that Clinton must come off as warm and relatable, not stiff and distant, whereas Trump has to avoid sounding “wild and crazy.”

Wilbur said the first 20 minutes of the debate are the most important for the candidates. She agrees that the Republican must avoid any major mistakes while still remaining true to his genuine personality. On the other hand, she says the Democrat has to demonstrate how her decades of government experience will make her an unflappable leader.

People expect Clinton “to have a flawless performance and if she has the slightest stumble, it will be seen as a huge failure,” Wilbur said. “I’ll be the first to say I think those expectations are unrealistic.”

2. To Change or Not to Change
Both candidates like to position themselves as change agents, but Clinton faces the challenges of being the Democrat who wants to follow a Democrat who has been in office for eight years. And whether that’s a good or bad thing depends on how voters view the state of the country.

Ward and Thomas point to lower unemployment rates, stability in the housing market, and more Americans with health insurance as indicators that the country is on the right track. They say Clinton will build on those gains to take the nation forward.

Alvarado and Wilbur argue that Clinton will maintain a status quo that includes a failing coal industry, growing racial tensions and terrorism threats, increased regulations, and failures in the health care system.

3. Experience Versus Personality
Although the candidates like to tout their decades of experience, Trump’s in business and Clinton’s in government, Wilbur says the debate and the election will likely turn more on broad themes and personality than on their personal resumes.

Experience does matter but it has to be the right experience, says Alvarado. He contends Clinton was a failure as secretary of state and the nation doesn’t need that kind of experience moving into the Oval Office. The Republican is strongly critical of how Clinton handled the 2012 attack on an U.S. diplomatic compound in Benghazi, Libya. Alvarado says Clinton misled Americans about what happened there, which makes her unfit to be president.

“What you have is someone who knew the truth, knew what it was, and then came out and said something [that’s] a complete lie,” Alvarado says. “I want a leader who’s going to look into the camera and say, ‘we’re going into a conflict, this is exactly what’s going on,’ and they’re going to tell me the truth.”

Citing Trump’s statements about President Obama’s place of birth, Ward contends the Republican has his own problems with honesty. He also points to Trump’s statements that appear to encourage violence against people who disagree with him. Thomas adds that he is troubled by how Trump has failed to disavow connections to former Ku Klux Klan leader David Duke and the so-called alt-right movement that promotes white superiority and American nationalism.

“So you have someone who has made it a point to widen divisions in this country between black and white, and who has constantly preached a rhetoric of hate,” Thomas says. “Donald Trump is not going to do anything…to heal our racial tensions.”

4. The Undecideds and the Unfavorables
Recent polls show that about 8 percent of voters remain undecided with six weeks until Election Day. If the race remains close, how those undecideds swing could make the difference in who wins the White House.

Wilbur says she believes that suburban housewives and millennials comprise the majority of undecided voters at this point. She says women are concerned more about jobs, economic policy, and security issues than who might be the first female president.

Wooing voters off the fence is even harder when the candidates have such high unfavorability ratings. Recent polling shows that more than half of Americans have unfavorable opinions of both Trump and Clinton.

Ward says he’s not surprised that so many people have a poor view of Clinton.

“Forty-two years of people beating on that woman have gotten her negatives really high,” Ward says. “You’ve got to give it to Donald Trump: He’s been able to match her negatives in just a year.”

5. Flipping the Kentucky House
State senators Alvarado and Thomas agree that Trump will likely win the commonwealth, but they differ on whether the Republican will have sufficient coattails to help candidates running for the state House of Representatives. The GOP hopes to wrest control of the House from Democrats for the first time in nearly a century.

Thomas predicts voters will do a lot of split-ticket balloting this year, which he says will result in Democrats maintaining control of the state House. He says Kentuckians appreciate the check-and-balance function that a Democratic House provides against the Republican-controlled Senate and governor’s office. 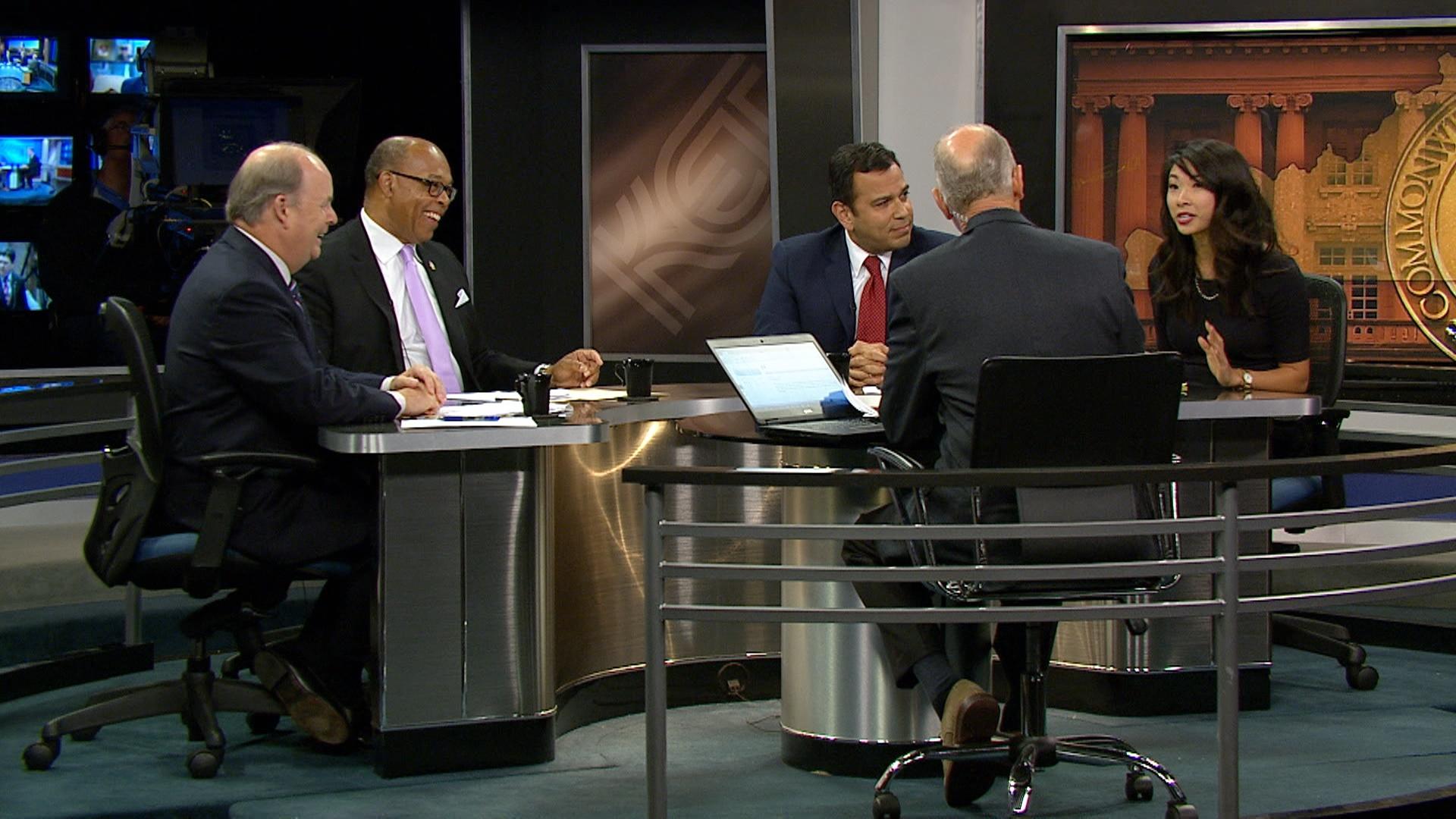