Whether it’s fair or not, the accomplishments of the first 100 days of a presidency have become a milestone against which many Americans judge their national leader.

President Donald Trump cleared his 100-day hurdle last weekend. So how has the Republican performed so far, especially on issues like coal, immigration, and health care?

Grade A or Grade F
Scott Jennings says the president has gotten off to a “pretty good” start. He gives Trump an A grade for making America stronger on the world stage, nominating Judge Neil Gorsuch to the U.S. Supreme Court, and using the Congressional Review Act to roll back a number of Obama Administration regulations that Republicans opposed.

Jennings says Trump “has signed twice as many bills into law in his first 100 days in office as former President Obama did.” He contends Trump would have had even more legislative victories were it not for the differences between mainline and Tea Party Republicans in the House.

Sen. Smith says Trump is inspiring more optimism and confidence among American citizens and businesses. He says voters in his southeastern Kentucky district appreciate how the president doesn’t talk like a polished politician and doesn’t pretend to be one either. But Smith admits that Trump’s off-the-cuff style can have its disadvantages.

“He makes me nervous [when Trump speaks] because you now that he’s kind of winging it, but also there’s something so American about that,” Smith says. “I think people were hungry for seeing our flaws and saying that we’re not perfect.”

From the Democratic side, Rep. Wayne gives Trump an F for being dishonest and failing to unify voters. He says Trump not only wants to build a literal wall on the border with Mexico, but he says the president is also erecting figurative walls between America and its international allies, and among U.S. citizens who disagree on his policies. Wayne describes Trump as someone who would ruin a family holiday dinner and says the president’s erratic behavior has set the country on edge.

Mike Ward is more succinct in his evaluation of the president.

“He is a bully and blowhard who doesn’t like being challenged,” says Ward.

The consultant says it’s difficult to take Trump seriously, especially after the president said, “I don’t stand by anything,” during a weekend interview with John Dickerson of CBS News. Ward also criticizes Trump for not seeking the counsel of former presidents and for continuing to claim that the Obama Administration surveilled his campaign staff and transition team.

Upending Conventional Politics
During the general election campaign last year, Trump had trouble getting more than 80 percent of Republicans behind his candidacy, according to Jennings. He says that changed in the final days of the election, when Trump finally mustered some 90 percent of Republicans to vote for him, helping him secure the White House.

So far President Trump has maintained that base, Jennings says, because those supporters like what they hear from their new commander in chief. He says congressional Republicans once skeptical of Trump are also warming to the president. He says that will result in the executive and legislative branches of government working together to get big things done, which Jennings contends didn’t happen during the politically divided government of the last six years of the Obama administration.

“Now we have unified control of government because the voters wanted to take down the roadblocks to movement,” Jennings says. “If Republicans move, they’ll be rewarded in the midterm [elections]. If the Republicans don’t move and we get more incrementalism, I think they’ll be on a short leash with the voters.”

Jennings adds that the 2016 election cycle exposed a growing weakness in the Democratic and Republican parties. As examples he points to how well Trump did with Republicans even though he ran more as a political independent, and to how blue-collar Democrats in Midwestern states voted for the Republican billionaire. If those traditional party barriers continue to erode, he says Washington may begin to behave in new and unusual ways.

In addition to upending conventional politics, the president has also crusaded against what he calls “fake news.” Mainstream media outlets have pushed back on Trump’s allegations against them, and Ward says a strong Fourth Estate is vital to the health of the nation.

“If we have a total disintegration of trust in our institutions, our country is not going to do better,” Ward says.

Finally Jennings says he thinks public opinion polling is underestimating the new president’s approval rating. He says “those who vociferously oppose Trump are left-wing groups still angry over losing the election”. He contends that rage is not a winning strategy, and that Democrats will continue to lose until they come up with a plan for America’s future that connects with rural voters.

Coal and Energy Policy
Smith says he’s already seeing “unprecedented growth” in the coalfields of eastern Kentucky thanks to Trump’s efforts to reverse environmental policies that he contends hurt the mining industry. The state senator says several companies are preparing to open mines in the region and upwards of 2,000 people in his district alone have recently returned to work. Smith says the market for Appalachian coal suffered under government policies that hurt mining and favored natural gas and renewable energy sources.

“If they want to find out what the market can do… quit subsidizing, quit penalizing, and let’s see what’s going to happen,” Smith says. “I can tell you it’s going to change what you see right now.”

Demand for Kentucky coal will also grow in the coming years, says Smith, thanks to the president’s support for domestic steel production, which depends on burning metallurgical coal mined in Appalachia.

Those gains may only be temporary, though, says Wayne. The Democrat contends that other Trump policies will strike even bigger blows against residents of the struggling region. He points to the president’s budget proposal that would have cut funding for the Appalachian Regional Commission, community development block grants, job training, housing assistance, and drug treatment programs. Wayne says Kentucky and the nation need a visionary president who takes a more progressive approach to energy and environmental policies.

“It’s not a leader who’s going to say let’s make the coal mines great again, let’s go back and dig more coal,” says Wayne. “In the long run Appalachia needs diversification and they need the infrastructure necessary to grow that economy.”

Immigration Issues
Trump can attribute his victory to two types of voters, says Wayne: those who are worried about jobs and the economy, and the ‘America First’ crowd, who Wayne describes as anti-immigrant. Smith counters that people who want to put America first aren’t necessarily against immigration. He says illegal immigration is the problem and that the “bad apples” must be deported, a position Smith says his constituents wholeheartedly support.

Wayne fears that the deportations happening now are being conducted indiscriminately and without proper justification.

Ward adds that Trump fanned the flames of anti-immigrant sentiment by blaming “others” such as Mexicans or Muslim refugees for crime, poor job prospects, and other national ills. The Democrat argues that America’s problems stem from a lack of quality education and economic opportunities, not from immigrants seeking a new life in the United States.

The Next 100 Days
Going forward, Jennings says, Washington Republicans must keep their promise to repeal and replace the Affordable Care Act. He says middle class families can’t pay ever-increasing premiums, and states like Kentucky can’t afford to maintain the Medicaid expansion enacted under the ACA.

A key part of the repeal-and-replace debate is whether preexisting medical conditions will continue to be covered. Trump pledges that people with cancer, diabetes, or other ongoing health issues will be able to get and keep insurance coverage. But Ward notes that some versions of the [newest] Republican replacement plan would allow states to opt out of mandating coverage for those with preexisting conditions.

Jennings also hopes Trump will focus his legislative efforts on infrastructure improvements and taxes. If the president succeeds with those, Jennings says Trump will be well positioned for a second term.

“If we get movement on tax reform, you get some kind of movement on infrastructure, and you ultimately make health care more affordable for working families, that’s a resume any president can run for reelection on,” Jennings says. “And he has got plenty of time to get there.” 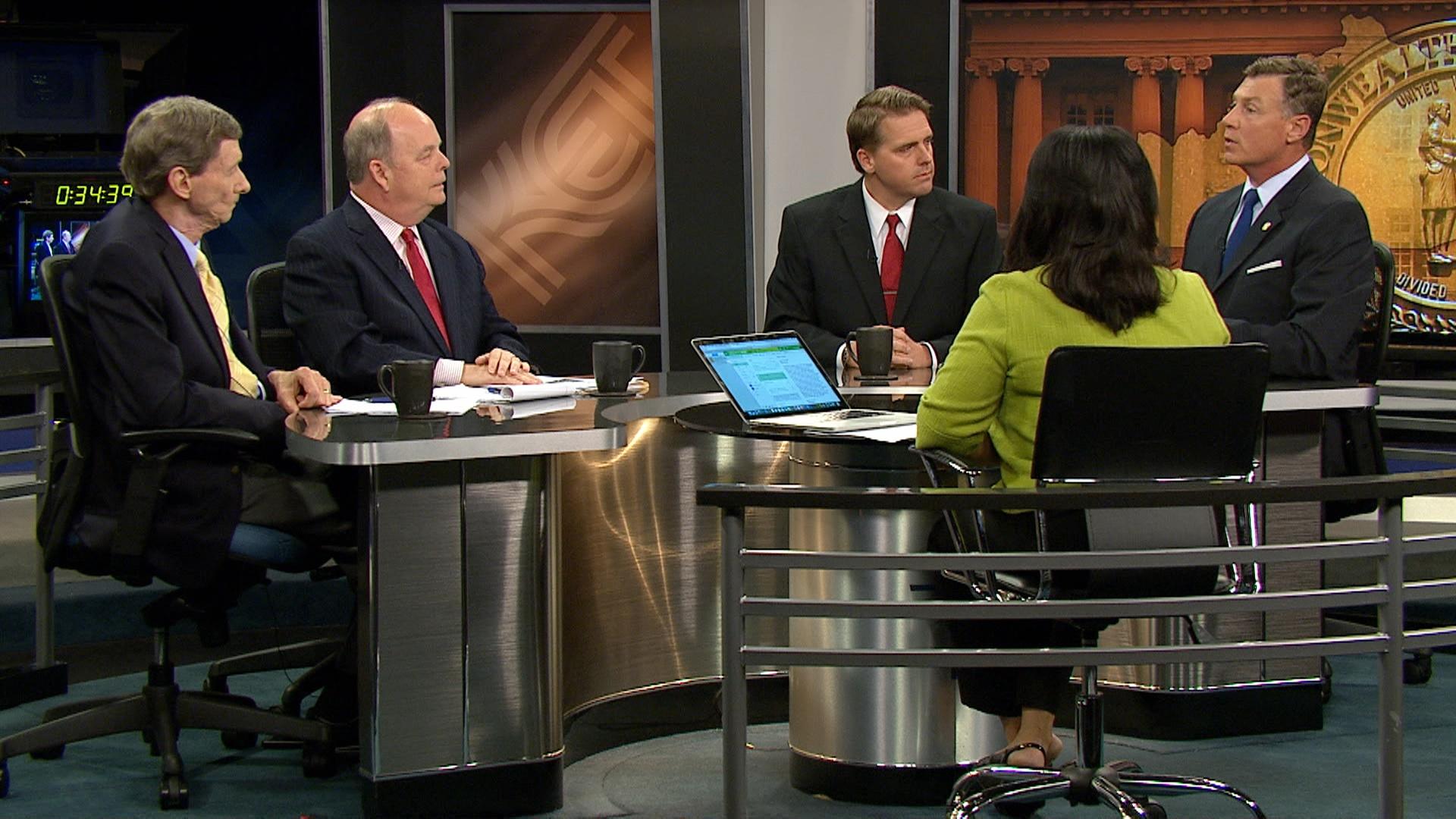