The September news that no Louisville Metro Police Department officer involved in the shooting of Breonna Taylor would face indictment in her death brought a new spotlight to the work of grand juries. These panels provide a distinct and important function in the criminal justice system – a role that is often misunderstood by those who have never served on one. Grand juries have also faced a range of criticisms that have spurred some advocates to seek reforms in how they operate.

What is a grand jury?

A grand jury in Kentucky is a panel of 12 citizens who decide whether there is sufficient evidence to bring formal criminal charges (an indictment) against someone accused of a felony crime. The body does not determine innocence or guilt of the accused, or determine a punishment. Jefferson Circuit Court Judge McKay Chauvin describes grand juries as the buffer between government authorities and people accused of wrongdoing.

“It’s perceived as an arm of the government, that it’s part of the prosecution mechanism, and it’s not,” he says. “It’s opposite of that... It is a body of citizenry to whom the government has to go to get permission to prosecute somebody.”

Not all felony cases go before a grand jury. Although she advises against it, Campbell County Circuit Court Judge Julie Reinhardt Ward says defendants can waive their rights to a grand jury proceeding as a way to expedite the legal process.

“They want to go ahead and get to the trail in which there actually is going to be a jury impaneled... to look at all the evidence and the facts, and weigh it and make a determination of guilt or innocence,” she says.

As many as a third of felony defendants in Jefferson County waive their rights to a grand jury proceeding, according to Judge Chauvin.

The United States Constitution and the Kentucky Constitution provide for grand juries, but not all states use them. Chauvin says since a 1972 U.S. Supreme Court ruling, states are not required to have them. Connecticut and Pennsylvania have abolished the use of grand juries in most cases. In other states, grand jury indictments are optional.

Who sits on a grand jury?

Grand jurors are selected at random from a list of potential jurors provided by the Administrative Office of the Courts. To qualify for service, jurors must be at least 18 years old and be residents of the county in which the grand jury is impaneled. Fayette County Commonwealth’s Attorney Lou Anna Red Corn says jurors must also speak English, have no felony convictions, and not be breast-feeding mothers.

Red Corn also says people selected for a grand jury don’t get the additional scrutiny that potential jurors for a jury trial face.

“They don’t go through a voir dire process... about any biases or other information or experiences that they have that would prevent them from being fair and impartial,” says Red Corn.

How does a grand jury proceeding work?

Unlike a trial jury, judges do not preside over a grand jury proceeding. Instead the jurors elect a foreperson who swears in witnesses, signs the indictment if there is one, and reports the finding of the grand jury back to the judge.

That includes the power to subpoena other witnesses and request additional documentation without first seeking permission from a judge or prosecutor.

“A lot of times they don’t understand their power,” says University of Kentucky College of Law Professor Allison Connelly.

That can be the result of the judge or prosecutor failing to give them proper instructions.

In her experience, Red Corn says grand jurors usually ask for more evidence than prosecutors provide. Although hearsay evidence is admissible in a grand jury proceeding, Red Corn says the jurors often what to hear directly from witnesses themselves.

Once the grand jury has heard all they evidence they need, they decide whether to indict the accused. Nine of the 12 grand jurors have to agree to bring charges. If nine jurors don’t agree, the case is dismissed.

Rebecca DiLoreto, a lobbyist for the Kentucky Association of Criminal Defense Lawyers, says prosecutors generally seek the highest possible charges against the accused and may not always inform grand jurors of lower level charges they could also consider. She contends that can lead to defendants being charged with bigger crimes than may actually be warranted.

Chauvin says prosecutors do that knowing they can amend the charges down in subsequent legal proceedings, but they can’t seek a higher charge without going back to the grand jury.

Why are grand jury proceedings secret?

Grand juries do their work behind closed doors with no public or media present. Generally the jurors, the prosecutor, a witness giving testimony, and a court stenographer are the only people in the room.

“This concept that we’re doing something that’s cloaked in secrecy – we are,” says Red Corn, “because that’s what the Supreme Court rules say that we should do.”

The secrecy is designed to protect the reputation of the accused from what was said against them if no charges are brought. Red Corn says the secrecy also protects the safety of any witnesses. She says there have been instances where a witness has been killed for appearing before a grand jury. Witness testimony is recorded, however, and if the defendant is indicted, they can receive a transcript of that testimony.

Members of the grand jury are sworn to secrecy. Chauvin says they can face jail time if they speak publicly without first getting permission from a judge.

Connelly says a judge can decide to release details of a grand jury proceeding if they determine that disclosure of that information is in the best interest of the public. Last month, Jefferson Circuit Court Judge Annie O’Connell ruled that records from the Breonna Taylor grand jury could be released and jurors could speak publicly about what occurred during the proceedings. She said the historical reasons for secrecy were “null” because of the high profile nature of the case and questions about the government’s conduct.

Should the grand jury process be changed?

Grand juries have faced a range of criticisms over the years. There’s an old adage that claims “a grand jury will indict a ham sandwich,” meaning the jurors will do whatever the prosecutor tells them to do.

“I don’t think there’s any doubt that prosecutors have an outsized part of the grand jury process,” says Connelly. “They shape the testimony, they shape what is presented, and that can affect the charge that is made and whether or not someone is indicted.”

Chauvin disagrees, saying that in his experience on the bench grand jurors take their duties seriously and provide a balance to prosecutors.

“What we’re asking them to do on behalf of the community is a sacred duty… Indicting someone is a big deal,” he says. “I take great comfort and put great faith in those people... who accept the awesome responsibility of making that decision.”

One reform that DiLoreto would like to see implemented is to have the entire grand jury proceedings recorded. Now, just the witness testimony is taped but not comments from prosecutors. She contends that change could provide much needed transparency regarding what prosecutors tell grand jurors about potential criminal charges.

“We aren’t suggesting transparency in that you make the tapes available to all,” says DiLoreto. “But what we ought to release... to the defense is the conversations that the prosecutor might have in case they’re not doing it the way they ought to do it.”

Another change proposed by DiLoreto involves evidence offered by the accused. While defendants have a right to present evidence, DiLoreto says grand jurors are not required to hear it. She contends that could influence how the grand jurors perceive the case and the potential charges.

But Judge Chauvin contends that this proposal is not practical.

“If you change that rule to require that the grand jury hear everything that the defense wants, you’ll shut the system down,” he says. “It’s not designed for that.”

Another criticism often leveled at grand juries is that they protect law enforcement from prosecution for alleged misconduct. Connelly confirms that it’s rare for grand juries to indict police officers. Citing the research of a Bowling Green State University professor, Connelly says since 2005, only 121 officers have been arrested on charges of murder or manslaughter related to on-duty killings even though law enforcement across the nation kill an average of 1,000 people a year. Of those that have been charged in the last 15 years, she says only 44 have been convicted.

“People are dissatisfied with the result and so they’re speaking out,” says Connelly.

Red Corn says prosecutors do work closely with police officers, but that doesn’t stop them from acting ethically and independently in the grand jury room. She says if a prosecutor has a relationship with law enforcement that prevents them from effectively presenting a case, they can request the judge to appoint a special prosecutor from a neighboring county to handle the proceeding.

DiLoreto says there’s also a tendency for law enforcement and prosecutors to immediately charge poor people or persons of color with a crime, whereas police officers and people of means get the option of facing a grand jury.

“People without power are charged right away by people who hold the power,” says DLoreto.

Judge Chauvin admits that institutional racism is a real problem. But he says there’s no procedural mechanism that can change how people, especially Black Americans who have endured 400 years of oppression, think judges and prosecutors in the criminal justice system will treat them. 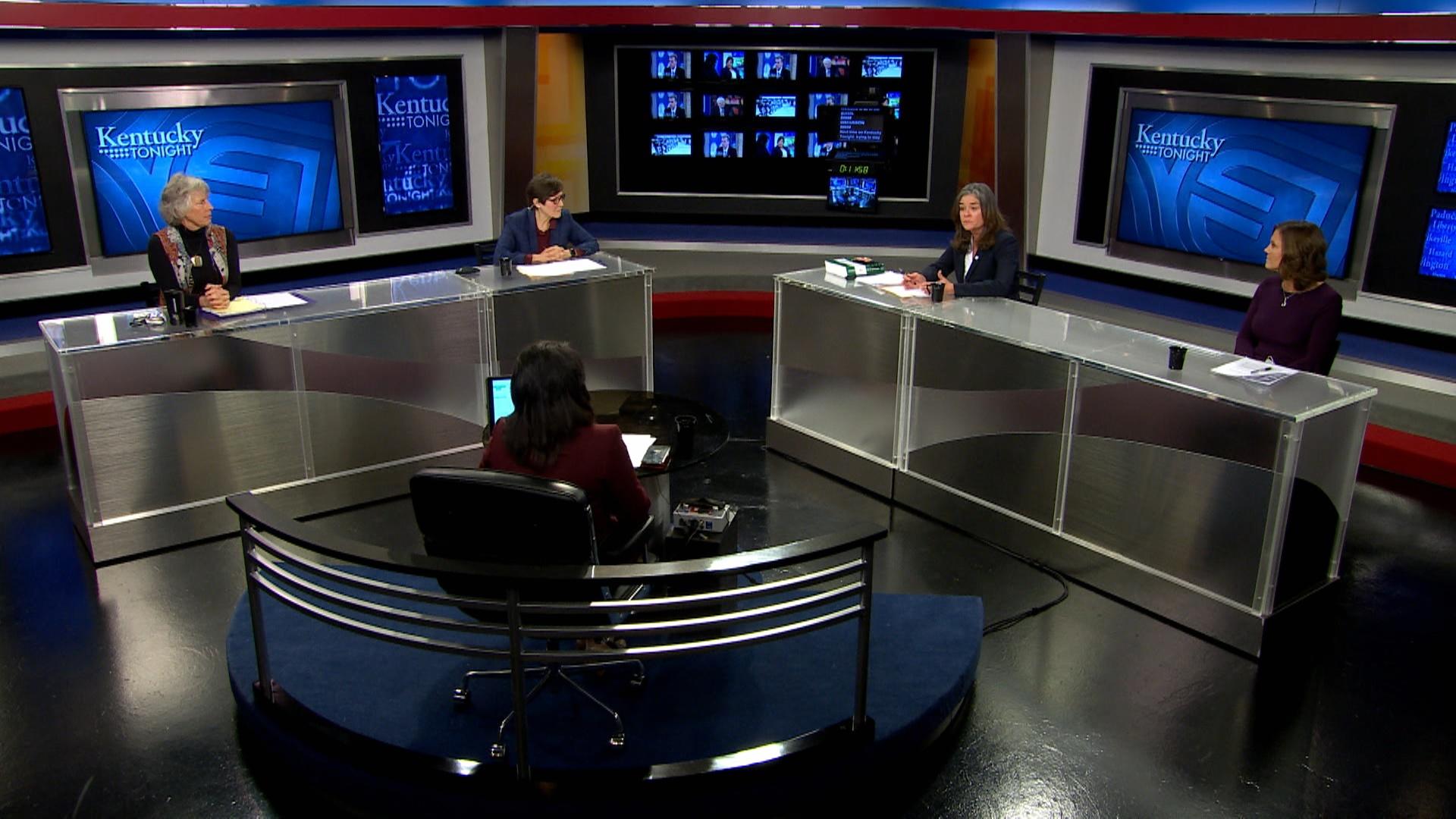