So it’s Election Day, and despite all the political ads, debates, and news reports, you’re still not sure which major party candidate for governor should get your vote.

Well, then, you’ve come to the right place.

Representatives from the state Democratic and Republican parties appeared on Monday’s Kentucky Tonight to make their final arguments for why their nominee deserves your support. Here are five takeaways from that conversation.

1. The Insider Versus the Outsider
Do you think the best person to be governor at this point in Kentucky history is someone with significant business credentials but no public sector experience, or someone with more than a decade of government service?

Kentucky Democratic Party Chairman Patrick Hughes says Jack Conway’s two terms as attorney general (plus another six years working in the administration of Gov. Paul Patton) have prepared him to lead the commonwealth and navigate the challenges ahead.

“The common theme across all 120 counties is [voters] want a governor that’s going to be familiar with the issues, whether it’s an education issue, a health care issue, or infrastructure issue,” Hughes says.

But Conway’s political tenure also comes with baggage, according to Ellen Williams, the former chair of the Republican Party of Kentucky.

“Voters are sick and tired of career politicians who appeal to specific interest groups,” Williams argues. “They want somebody who’s going to lead without being encumbered by promises they’ve had to make on the campaign [trail].”

“Voters [are] going to decide whether they want to continue down the path that we’ve had in Kentucky or do we want a change,” McCarthy says. “And there’s one thing about Bevin that he’s going to bring, and that’s going to be change.”

But monumental challenges await whoever becomes the next governor, which is why former Democratic party chair Jennifer Moore says Bevin’s inexperience is a liability.

2. Health Care
One of those complex policy decisions will be what to do with the health care reforms Gov. Steve Beshear enacted by executive order: the creation of Kynect, the state’s health exchange, and the expansion of Medicaid to include people at 138 percent of the federal poverty level. Some estimates put the state’s tab for Medicaid coverage at $300 million by the year 2020.

KDP’s Moore says Conway has pledged to maintain both Kynect and the Medicaid expansion. She says as more people get insurance, the state’s population will become healthier and more productive, and health care providers will see higher revenues.

Bevin wants a system that requires people to have “skin in the game” by paying a small portion of their coverage fees, says Williams of the RPK. Plus, she says it makes no sense to put able-bodied people on Medicaid. Williams adds that Bevin wouldn’t eliminate any coverage, but he does want to find a better way to pay for it.

3. Public Pensions
The state’s unfunded pension liabilities, which are upwards of some $30 billion, are another potentially budget-busting obligation awaiting the next governor.

John McCarthy of the RPK says Bevin’s experience with investment and pension fund management has prepared him to resolve Kentucky’s retirement system woes. He says the Republican will work with legislators to best determine how more revenues can be allocated to the pension debts.

Bevin has also said the state must move new hires into a defined contribution plan, but Democrats Moore and Hughes say that puts those employees at greater financial risk and it could actually increase the unfunded liabilities in the pension program. They say Conway is committed to making the annual actuarially required contributions to the state plans, and to exploring expanded gaming as a potential dedicated revenue source for the retirement systems.

4. Legislative Relations
Addressing pensions and health care, not to mention all the other issues the candidates tout, ranging from Conway’s early childhood education platform to Bevin’s right to work push, will require approval of the Kentucky House and Senate. So which candidate might be better suited to negotiating deals with lawmakers?

“I think you will see Bevin be party neutral in who he works with as long as it’s about accomplishing goals for the state,” says Williams.

She adds that while Bevin will bring a businessman’s sensibility to governing, he will surround himself with people who have government experience to ensure a successful administration.

Even with those aides to guide Bevin, Hughes doubts the Republican has the proper temperament for legislative deal-making.

Moore says Conway has experience working in a bipartisan fashion, and is trusted to keep his word. The RPK’s John McCarthy counters by saying the Democrat has a limited record of legislative success to show for his nearly eight years as attorney general.

5. Energizing the Electorate
One thing the party representatives do agree on is that voter turnout will likely be disappointingly low – around 28 percent, by some projections. They blame voter fatigue from last year’s Senate and congressional races as well as the deluge of coverage already coming from the 2016 presidential election. And then there’s the abundance of negative campaign ads from both sides, which tend to dampen voter enthusiasm.

McCarthy says he thinks the elections for statewide office should be held on even-numbered years as a way to increase turnout. Until then he believes voters become engaged when there’s an issue that hits close enough to home.

“What’s going to drive people to the polls is what their individual interests are and where these candidates match up on those,” McCarthy says.

With such stark differences in personalities and policies between Bevin and Conway, Jennifer Moore says this election will have significant ramifications for the commonwealth.

“Voters actually do have a choice this time that will bring major implications to this state, depending on which [candidate] they choose,” Moore says. 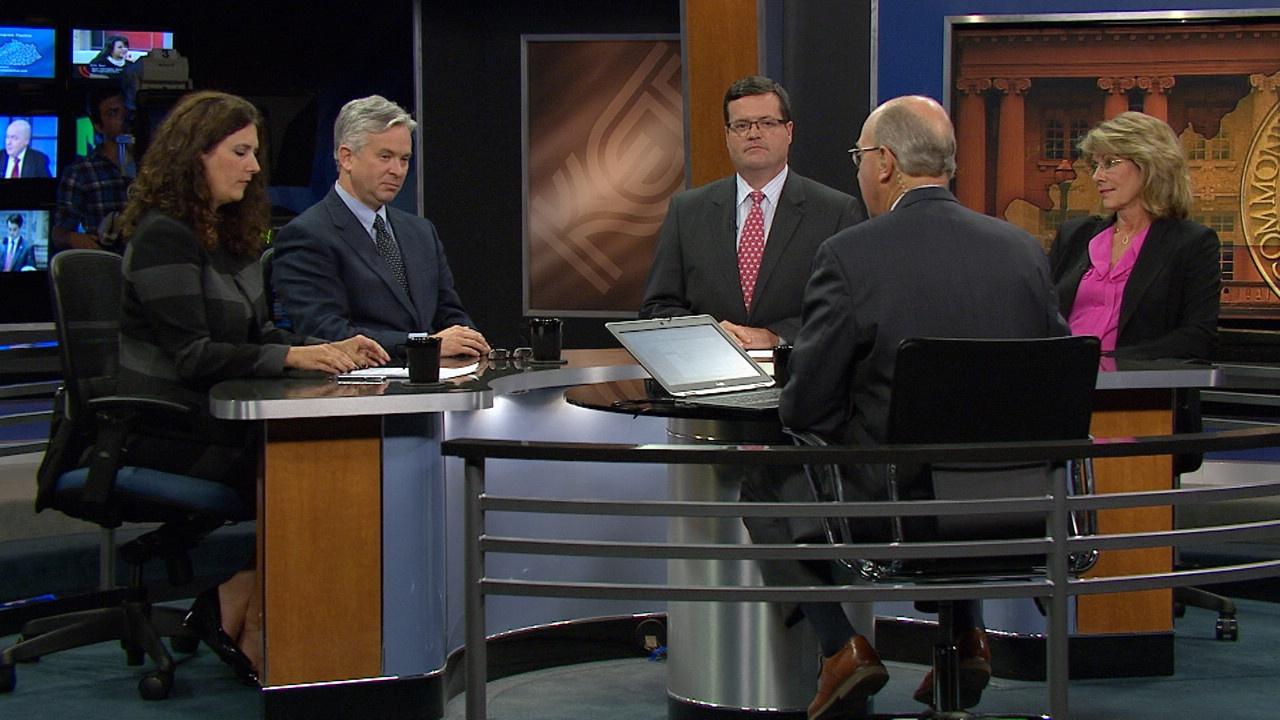