It’s been more than 20 years since Kentucky’s workers’ compensation system has been updated. Those employees, business owners, and insurance companies hoping for some changes to the program will have to wait a little while longer.

Earlier this year lawmakers considered an overhaul of the workers’ comp system. While legislation did pass the state House of Representatives, it stalled in the Senate under mounting opposition from labor, police, and firefighter unions.

Business and Insurance Company Concerns
The current workers’ comp system for the commonwealth has been in place since 1996, according to Rep. Koenig. He says an overhaul is long overdue because of changes to workplace environments, social concerns, and court rulings that can affect related statutes. He says the new Republican majorities in the state House and Senate see updating workers’ comp as part of their efforts (along with right-to-work legislation and a repeal of prevailing wage laws) to make Kentucky friendlier to businesses.

“Kentucky is the most generous…when it comes to medical expenses in how we treat our injured workers,” says Hahn about how the commonwealth compares to other top manufacturing states. “We don’t want to take medical expenses away from an injured worker. … We want to have the people treated adequately and [put] back to work as soon as possible.”

Business interests also opposed so-called “double dipping” by some injured employees, says Hahn. That occurred when individuals who had sustained a temporary total disability were allowed to return to work to perform lighter-duty jobs. In some cases they could receive a salary for that work and disability benefits at the same time.

Koenig says employers are also concerned that workers’ comp insurance premiums could increase without any legislative action. For example, a recent Kentucky Supreme Court decision throws into question when disability benefits could end for an injured worker who has reached the age they would normally receive Social Security. If insurance companies have to continue to pay on such claims, instead of shifting that burden on to taxpayers, Koening says that could lead to a 5.6 percent increase in insurance rates for businesses.

Current System Has ‘Good Qualities’
The 2016 General Assembly created a bipartisan task force to explore an overhaul of the workers’ compensation program in the commonwealth. Koening and attorney Ched Jennings participated on that panel, which released a 748-page report of its findings last November.

Jennings says the group learned that Kentucky’s workers’ comp system is performing well compared to similar states, and that insurance rates for employers have decreased over the past decade. He says it’s now 56 percent cheaper for businesses to pay workers’ comp premiums than it was in 2006.

At the same time, profits for insurance carriers and for Kentucky Employers’ Mutual Insurance, a Lexington-based company that provides workers’ comp insurance for more than 24,000 businesses in the state, have soared, according to Jennings. Yet benefits for injured workers have not increased since 2000, he says.

“What we’ve found is the injured workers of Kentucky and their families have shouldered the profits that these insurance companies have been making off of workers’ compensation,” Jennings says. “That indicates there’s a need – and a substantial need – to have legislation that increases benefits for injured workers.”

However, the task force made no specific recommendations on how workers’ comp should be changed because the group could not reach consensus.

Legislation Scaled Back Some Benefits
Meanwhile Republicans flipped the state House in the 2016 elections, putting them in a position to propose legislation that addressed their longstanding concerns about the workers’ comp program. The result was House Bill 296, sponsored by Koening.

The original version of the legislation included provisions to limit claims on repetitive motion injuries after an employee had been moved to other work; stop disability benefits for many injured workers at age 70 and shift them to Medicare; and create treatment guidelines to ensure proper standards of care.

The most controversial part of HB 296 would have ended after 15 years the medical benefits paid to many individuals who had suffered a partial permanent disability.

Freshman Rep. Al Gentry, who lost his right arm to a workplace injury in 1993 and is permanently partially disabled, says he was shocked to discover that provision the morning the bill was introduced in committee.

“I started asking questions about that and I could not find and still have not found any justification, either medical or financial, why we would want to do that,” says Gentry.

Koenig says he doesn’t want to take benefits away from someone who can’t work. But he contends that people with a partial disability can still work, so after a certain period they should no longer receive those benefits. He says the changes are needed to make Kentucky more competitive with other states when it comes to doing business.

Jennings counters that the workers’ comp task force found nothing to support the changes that Koening’s legislation sought to make.

“How much more competitive does Kentucky need to be in looking for industry to come to [the state],” says Jennings. “We have one of the best workers’ comp statutes and we’ve got one of the best programs, and still we start messing with it.”

Proposal to be Revived in 2018
The manufacturers that Hahn represents applauded the legislation because she says it resolved a number of unknowns that remained in the current workers’ comp system.

“What the employer and the manufacturers are looking for is to take off our books the medical expenses for people who have long since recovered,” says Hahn. “But under the Kentucky statute right now, we can’t close the books.”

Gentry says he supports aspects of the bill that encourage employers to get injured workers back on the job. He says that’s crucial to helping that employee regain self-confidence and self-esteem. But he cautions that it must happen at the right time.

“If you put them in there before they’re ready to come back, that is detrimental,” says Gentry, “because now all of a sudden they don’t have confidence, they feel like they’re dragging everybody down, they can’t do what they would like to do. Most people in this situation just want to be normal again.”

HB 296 advanced out of the House Economic Development and Workforce Investment Committee in mid-February. Once it got to the House floor, Koenig added amendments to try to assuage some of the criticisms from labor groups. He proposed increasing the benefit amount an injured worker could receive, and changing how lawyers make money when representing workers’ comp clients.

Another floor amendment offered by fellow Republican Rep. Jill York of Grayson would have provided even more of what labor groups wanted, but it was defeated.

When the final vote came, HB 296 passed the House, 58 to 40. As the bill moved over the Senate, police and firefighter unions became even more vocal in their opposition to the measure and the legislation stalled.

Koenig says lawmakers faced a number of massive bills in the short 2017 session, and workers’ comp reform was just too big to pass with everything else on their agenda. Ultimately, Koenig says, that may have been a good thing.

“To have something like this not pass the first time around is completely understandable,” says Koenig. “It’s probably just as well that we are able to take a second look at it next year.” 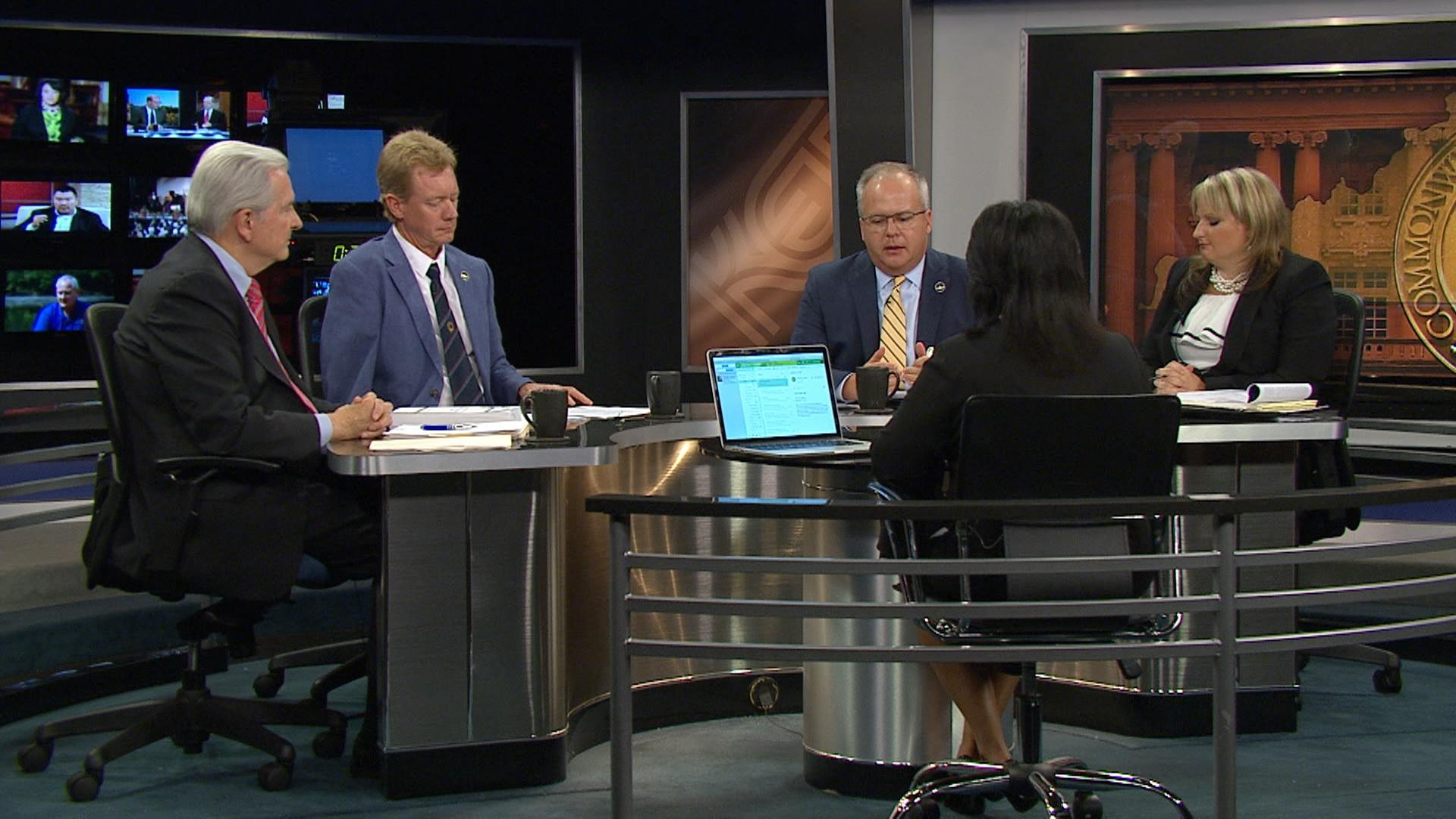