Athlete and activist Muhammad Ali died Friday, June 3, in a Phoenix-area hospital at the age of 74.

Back in 2007, filmmaker Steve Crump took a look at Ali’s life and times as seen from the perspective of his hometown. Interviewed were sportswriter Dave Kindred, radio journalist Bob Edwards, John Y. Brown, Jerry Abramson, and Georgia Davis Powers.

Three-time world heavyweight boxing champion Muhammad Ali was born Cassius Marcellus Clay, Jr., in Louisville in 1942. When he was 12, he asked a local policeman for boxing instruction after his bicycle was stolen. As his enormous talent developed, boxing became a way for him to financially help his family.

Clay quickly gained attention in the boxing world, winning Golden Gloves amateur competitions and a gold medal in the 1960 Summer Olympics. He also began studying the teachings of Islam. Clay won his first heavyweight title in 1964 when he defeated reigning champion Sonny Liston. At a press conference the next morning, Clay announced he was taking the name Muhammad Ali on the instructions of Elijah Muhammad, the leader of the Nation of Islam.

Over the next several years, Ali developed a brash personal style, labeling himself “The Greatest” and boldly predicting the outcomes of his fights down to the round in which he would knock out his opponent. He became a worldwide celebrity by backing up his boasts in the ring.

In 1967, Ali received an induction notice from the U.S. Army, but he refused to serve, citing his religious pacifism and his opposition to the war in Vietnam. He was sentenced to five years in prison for resisting the draft (though he did not serve any time), fined $10,000, stripped of his boxing title, and barred from boxing. While appealing the court ruling, he made many speeches about civil rights and racial inequality. In 1970, the U.S. Supreme Court voted 8-0 in his favor, and he resumed boxing.

Though Ali did eventually regain the heavyweight title, his stand cost him several prime years of his boxing career. In a country deeply divided over race and the Vietnam War, Ali became a lightning rod for both admiration and resentment among his fellow Americans. In Africa, where revolutions were beginning to break the grip of colonialism, Ali was a hero to millions who saw him as a symbol of black pride and principled masculinity.

Connections with Renee Shaw : When the Muhammad Ali Center in Louisville opened in 2005, KET’s Renee Shaw was there and interviewed people close to the boxer known as “The Greatest,” including Ali’s wife, Lonnie; Angelo Dundee, his first trainer; Howard Bingham, honorary curator of photography at the center; and visitors from around the world about Ali’s impact on their lives. Highlights of the dedication ceremony for the center include a performance by Kentucky rap group Nappy Roots. Watch Video

In Their Own Words: In 2015, the PBS documentary series followed Ali’s path from a gym in Louisville to boxing successes and acclaim as an activist. Watch Video

The Trials of Muhammad Ali: This is the story of Ali’s toughest bout: his battle to overturn the five-year prison sentence he received for refusing U.S. military service. Watch Video 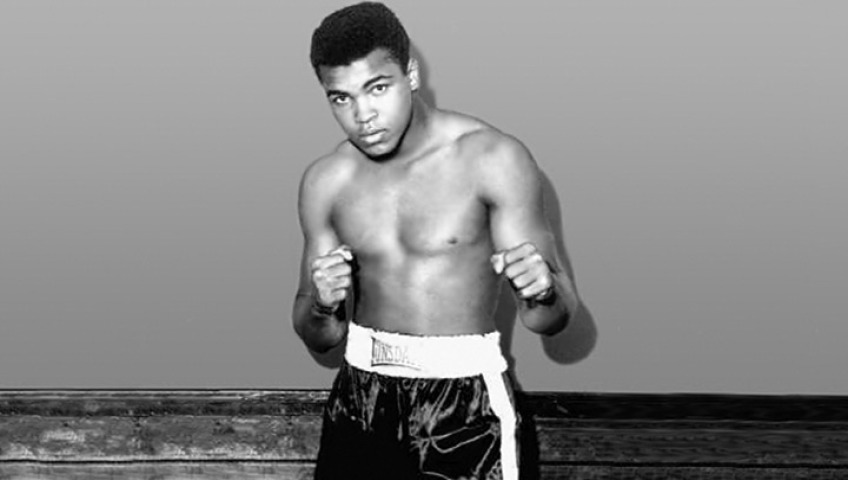