According to former state auditor Adam Edelen and current sports radio host Matt Jones, the best way to fix what’s wrong with Kentucky politics is to infuse the system with bright, energetic, committed individuals who may not be politically inclined. Edelen and Jones are making it their mission to find people just like that in all 120 counties and encourage them to become more civically engaged – and maybe even run for office some day.

The pair appeared on KET’s One to One to talk about their New Kentucky Project, and what they hope it can achieve in the commonwealth.

The project has its roots in two political contests that had very different outcomes.

In 2015, the national Democratic Congressional Campaign Committee recruited Jones to run against incumbent U.S. Rep. Andy Barr in Kentucky’s 6th district. The popular Kentucky Sports Radio host and Middlesboro native was intrigued by the idea, but ultimately decided against entering the race. He says one factor in his decision was that no one from the state Democratic Party offered to support him and his potential campaign.

Jones says that shocked him, especially given his statewide presence on commercial radio and social media.

While Jones was considering his first campaign, Adam Edelen was in a tough reelection fight for Kentucky Auditor. He ultimately lost that contest to Republican Mike Harmon, but Edelen says his time as an elected official and as a staffer to governors Patton and Beshear taught him valuable lessons about state politics.

“I would say a big part of the reason why the system is broken is because we’ve left politics to the ‘political class’,” Edelen says. “When that happens, regular people just feel totally separated from decisions that are being made in their court house, or in the city hall, or the capitol that affect them greatly, but they’re left out of that process and we do that at our own peril.”

That combination of experiences got Edelen and Jones thinking that there needs to be another path for people of both parties to enter public life without needing family connections or having to climb the traditional political ranks.

Building the Bench
Although both men are Democrats, they emphasize that the New Kentucky Project isn’t focused on one party or the other.

“It’s not about the Democratic Party,” Jones says. “I care primarily about the state. Too often I think the issue is that too many politicians, not all, care about the party and then the state.”

The project is a 501 (c)(4) nonprofit organization with a mission to identify and promote new ideas and leaders that can modernize the commonwealth. On its website, the group says it supports equal rights and opportunities for all citizens regardless of age, race, gender, religion, or sexual orientation; a living wage for Kentucky workers; a quality educational system and high-tech digital infrastructure; and access to affordable health care.

Edelen emphasizes that the project cannot electioneer. Instead it has amassed coordinators in all 120 counties who will go about finding individuals with the energy and commitment to move the state forward.

“We’re very much about building a large bank of really good ideas and a large bench of really talented young leaders,” Edelen says. “Not only do we need good candidates, we need people to support good candidates.”

The pair already have examples of the type of leaders the project will recruit and support. They point to African American attorney and Lexington city councilwoman Angela Evans, who Edelen says has an expertise on poverty issues, and Dan Mosley, the 35-year old Harlan County Judge Executive.

Using Sports to Bridge the Political Divide
Jones says he doesn’t mind addressing the occasional political issue on Kentucky Sports Radio. He grilled Democrat Alison Lundergan Grimes and U.S. Sen. Mitch McConnell during their tough election contest in 2014. He also hosted a debate among Republican gubernatorial candidates in early 2015. He describes himself as ‘the one liberal friend’ that many in his statewide radio audience may have.

Jones says sports is one thing that unites Kentuckians regardless of where they live, how much they make, or how they vote. While he doesn’t want to see his show become a current affairs discussion, he says he loves the state too much not to try to improve the quality of life for Kentuckians, especially those in his native Appalachian region.

“I think in one way, being able to talk about basketball and football and make people laugh is good, but I would feel bad about myself if I didn’t take some of that and ask what am I going to do to give back to these areas,” Jones says. “I think both parties have completely turned their backs on the people that I grew up with and rather than sit there and complain I said I’m going to try to do something about it.”

Edelen says Jones’ radio show is an example of how individuals from diverse backgrounds and differing ideologies can come to unite on something important, even if it’s a favorite sports team. He blames the poor showing by state Democratic candidates in 2015 on political professionals who insisted on tearing down Republican opponents rather than giving Kentuckians reasons to vote for Democrats. He says reversing that trend and returning Kentucky to a robust two-party system will take a multitude of new voices willing to work for positive solutions.

“Kentucky doesn’t need one or two political saviors,” Edelen says. “We need 50 or 100 or 500 people. We need folks who are doing big things in their local communities to get some recognition and be able to draw inspiration and insight [from them]. That’s what the New Kentucky Project is going to do.” 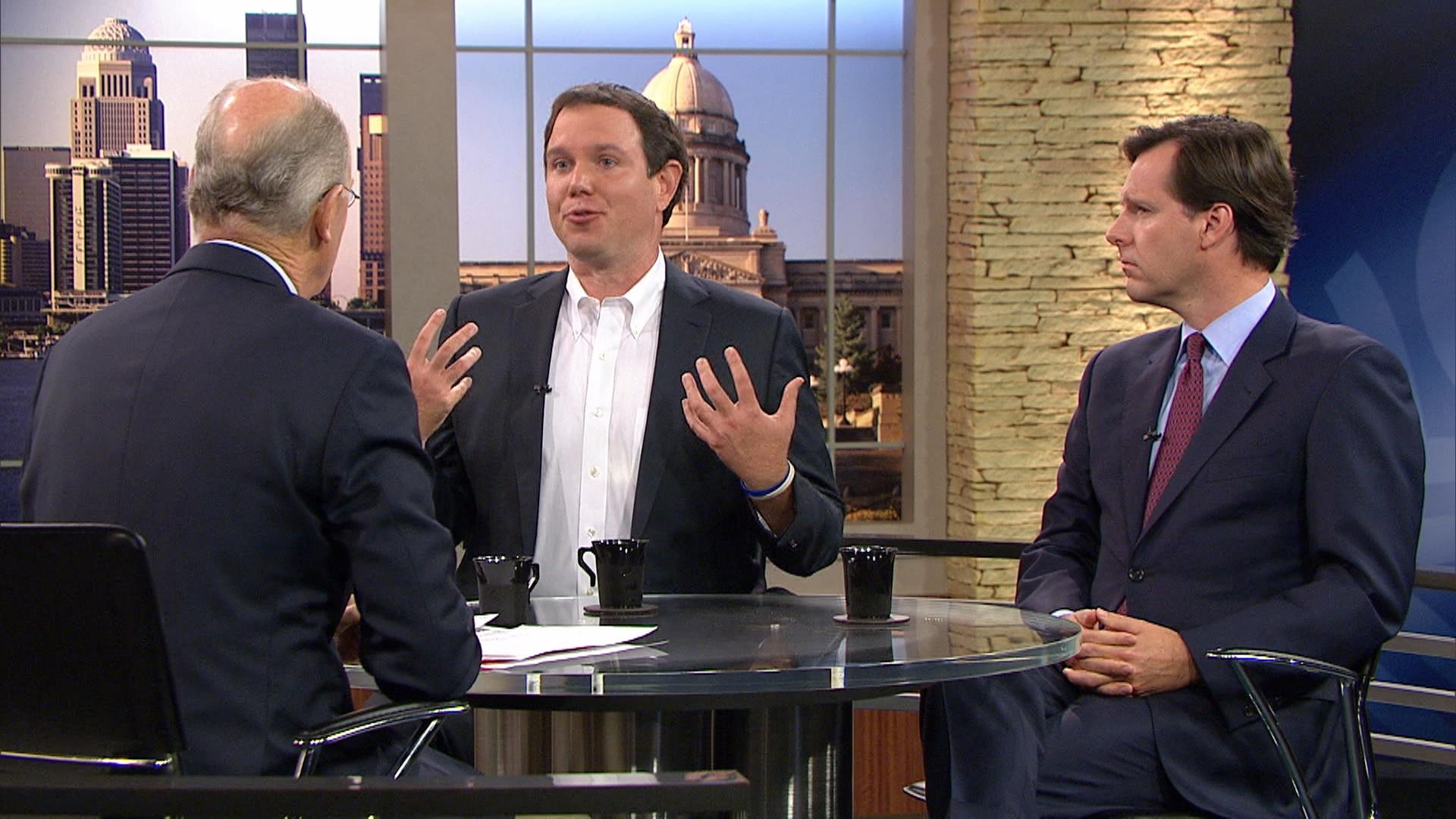