They are two of the youngest statewide elected officials in the country and they have big plans for how they want to improve their offices and life in the commonwealth.

Kentucky Treasurer Allison Ball and Commissioner of Agriculture Ryan Quarles appeared on KET’s One to One to discuss what they’ve learned since they started work in January and their goals for the future.

A Watchdog for the State’s Finances
Although some have questioned the need for a state treasurer, Allison Ball says the importance of the office has been affirmed for her after just three months on the job. She says the treasurer is responsible for timely and accurate payments to the Internal Revenue Service, which if handled incorrectly could result in steep fines for the commonwealth. And she says state retirees and other beneficiaries depend on getting their benefit checks on time. As an example, Ball says she asked staff to work during the January snowstorm when all other government offices were closed so that pension payments to 50,000 retired teachers would still be delivered.

“As I’ve been doing the job, I’ve come to see more and more about how important it is,” says Ball. “You need somebody who’s actually making sure the money is being spent the way it’s supposed to and, as an attorney, I care very deeply about, ‘Is it constitutional [and] is it statutory?"”

Ball says she’s pleased with how well the merit employees in the treasurer’s office have embraced her watchdog philosophy. She relates how one long-time staffer discovered and corrected a printing problem that had occasionally caused duplicate checks to be cut.

In addition to overseeing the state’s checkbook, Ball serves on boards for the Kentucky Teachers’ Retirement System, the Kentucky Lottery, and the state investment commission. Given her background as a bankruptcy attorney in Prestonsburg, Ball says she’s also eager to help Kentuckians improve their personal finances. Since the treasurer’s office has no budget for such an effort, Ball wants to partner with private and civic organizations to promote financial literacy training.

Ball’s other goals for her office include pushing for tax reform to help the state’s economy, and advocating for more transparency in government. She supported two Senate bills during the legislative session that would give the public more access to information about how the state pension funds are invested and what retirement benefits legislators receive.

“Good government is transparent government,” Ball says. “If we’re going to make the right decisions when it comes to our money, we need to know what we’re spending it on.”

Ag Commissioner Hits the Ground Running
The immediate demands of the job left Ryan Quarles little time to settle in to his work as Kentucky’s Commissioner of Agriculture. He traveled the state to attend various winter livestock and commodity meetings, and his office helped address a bird flu threat to the state’s chicken industry, as well as the aftermath of the fire that destroyed the Bluegrass Stockyards in Lexington.

The Scott County native and former state representative has been able to work with his former legislative colleagues on several agriculture-related bills. He notes water resource management legislation backed by the Kentucky Farm Bureau, as well as bills regarding grain inspections, tax exemptions for agricultural activities, restructuring the state fair board, and regulating zipline attractions.

In addition to his regulatory responsibilities (the agency calibrates weights, measures, and gas pumps around the state), Quarles says he wants to build on the success of the Kentucky Proud food products marketing program and the various educational functions of the department. The commissioner is also eager to promote crop diversity in the commonwealth, ranging from hops to supply local craft beer brewers to hemp for the state’s burgeoning fiber industry.

Hemp used to be a cash crop in Kentucky until it was restricted under anti-marijuana laws. Recent legislation has allowed test plots of hemp to be grown, and Quarles says the fibrous plant can be financially viable once again if federal authorities allow it.

“It’s a crop that connects Kentucky’s past to its future,” Quarles says. “So it’s important for us to continue to research the growing methods and also create a business environment to attract processors here and treat them no different than a manufacturer who wants to come to Kentucky to expand or relocate.”

Going forward the commissioner says he wants to promote more international trade for the state’s farm products and fight what he sees as federal regulatory overreach. Quarles also hopes to launch Kentucky’s first-ever commission on hunger.

“I believe the department of ag is the best facilitator to talk about an issue that affects far too many Kentuckians,” Quarles says. “One in six people go to bed hungry … and I believe the Department of Agriculture, which is focused on food, can have that discussion.”

A New Generation of Political Leadership
At 32 years old, Commissioner Quarles is the youngest statewide elected official currently serving in the United States, while Treasurer Ball, age 34, is the nation’s youngest female statewide official. As such, the two say their generation brings a fresh approach to governing that is less partisan and more open to accountability and transparency.

Ball says she hasn’t had time to follow the presidential campaign so far, but she has applied to be a delegate to the Republican National Convention in Cleveland in July.

Quarles says he’s been disturbed by some of the rhetoric coming from the presidential candidates. Whoever wins in November, Quarles says he hopes the new president will address issues that concern millennials, such as the soaring student loan debts. 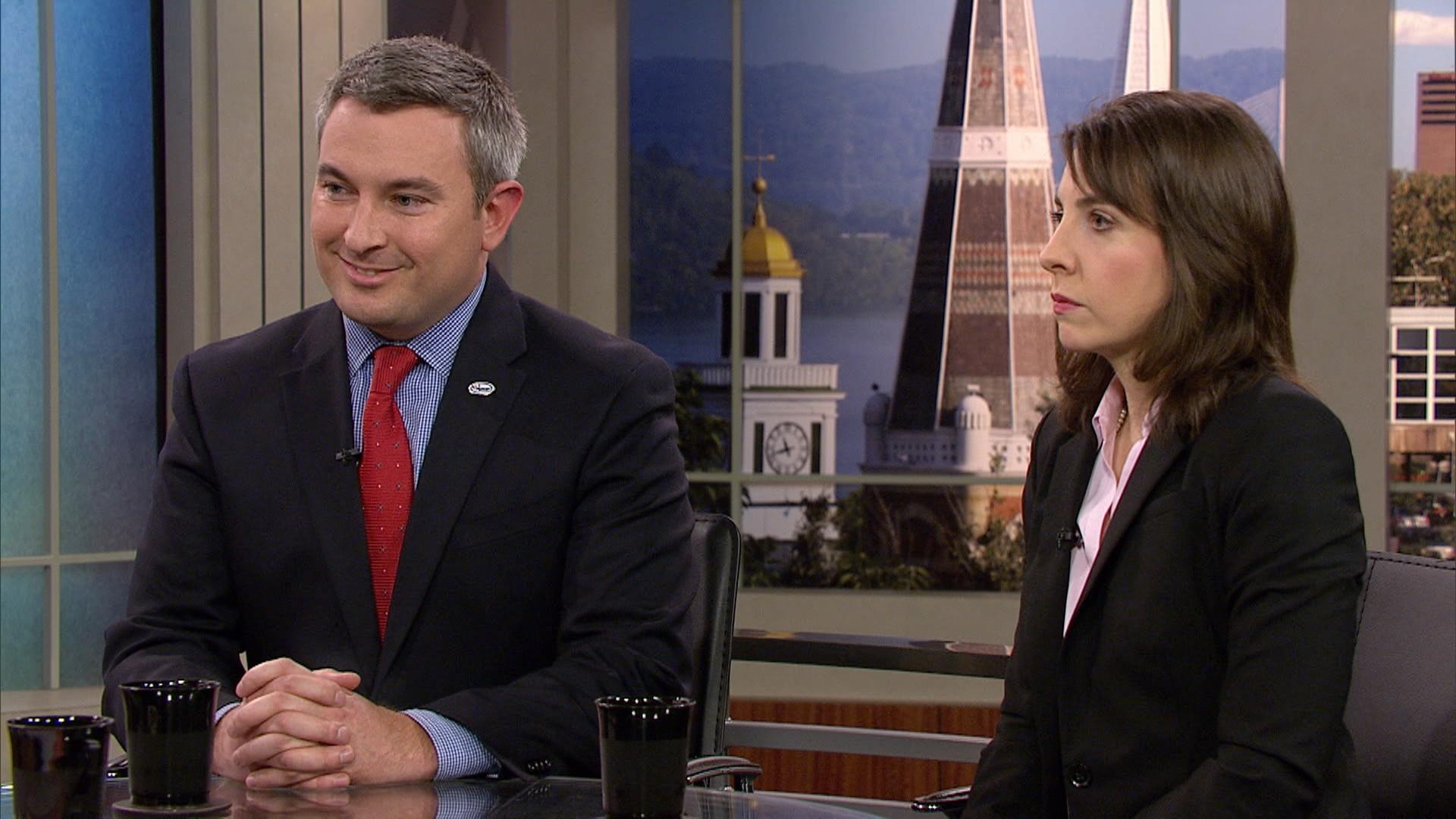