Fenton Johnson on His New Novel

In 1971, Fenton Johnson was preparing for college, a small-town boy from the knobs of central Kentucky with a flair for writing who earned a scholarship to study at what might as well have been a different world: California’s Stanford University.

Fresh in Johnson’s mind was the death of a local character named Charlie Stiles. After numerous run-ins with the police, the man who some called the Robin Hood of Marion County was killed by Kentucky state troopers in an alleged gunfight. The fact that Stiles, a man who thumbed his nose at the law died as the result of what many locals considered a lawless act by official lawmen, stuck with Johnson. In his college application he even said he wanted to write a book about the incident.

Now with “The Man Who Loved Birds,” readers can enjoy the story that’s been percolating in Johnson’s imagination for more than four decades. He appeared on KET’s One to One to discuss the novel, his writing career, and his Kentucky roots.

Johnson says the book explores the conflict between love and the law, as well as the tension between free will and destiny. At the heart of the story are three main characters: A Vietnam War veteran and marijuana grower named Johnny Faye, who was inspired by Stiles; a female Hindu doctor who comes to serve the small Kentucky town where the book is set; and a monk who entered the nearby monastery to escape military service. All three have in some way been shaped by war, and they come together as the result of Johnny Faye’s renegade ways.

“I wanted to bring all the characters to a place where they had to make in a split second a decision that absolutely reflected their characters because they had no time to think about it,” Johnson says.

The Charlie Stiles saga wasn’t the only inspiration for “The Man Who Loved Birds.” Johnson was born the ninth of nine children to a Roman Catholic family in Nelson County about a mile from the Abbey of Our Lady of Gethsemani. Monks from the monastery were frequent visitors to the family home, and Johnson was named for two of them.

He also recalls the arrival of a Muslim woman who set up her medical practice in New Haven after his hometown went a decade without doctor. She inspired the fictional Hindu doctor in Johnson’s novel – a Bengali woman dropped into the historical epicenter of the Catholic faith in Kentucky.

“Conflicts between religions has always been interesting to me,” says Johnson.

The theme of inter-religious tensions has echoed throughout Johnson’s writing. His first novel, “Crossing the River,” was inspired by his mother’s conversion from being a Protestant to Catholicism.

“I wanted to examine what happens when these two very different ways of looking at the world come into juxtaposition with each other,” Johnson says. “With [the new] novel, I wanted to revisit that, but I wanted to take traditions that were as far apart as I could possibly imagine.”

Next Book to Explore Solitude
Johnson, who teaches creative writing at the University of Arizona and in the MFA program at Spalding University in Louisville, also examined religion in his 2004 memoir, “Keeping Faith: A Skeptic’s Journey among Christian and Buddhist Monks.” He’ll delve into another aspect of spirituality in a book about solitude that’s scheduled to be published in 2018. Johnson says that as monasteries like Gethsemani have become less common, people are searching for ways to practice solitude in their daily lives.

As he reflects on his literary career, which spans three novels and two memoirs as well as numerous articles and essays, Johnson says he aspires to be “an honest man and a good writer,” a sentiment he attributes to the African American poet and novelist James Baldwin. He admits, though, that he sometimes wonders who he was when he wrote his first book more than a quarter century ago. Even as he considers that question, Johnson says every book he writes is a journey, one in which each volume is somehow connected.

“In a way I feel as if I put the pen on the page with ‘Crossing the River’ and started writing and that I’m still writing my way through,” Johnson says. 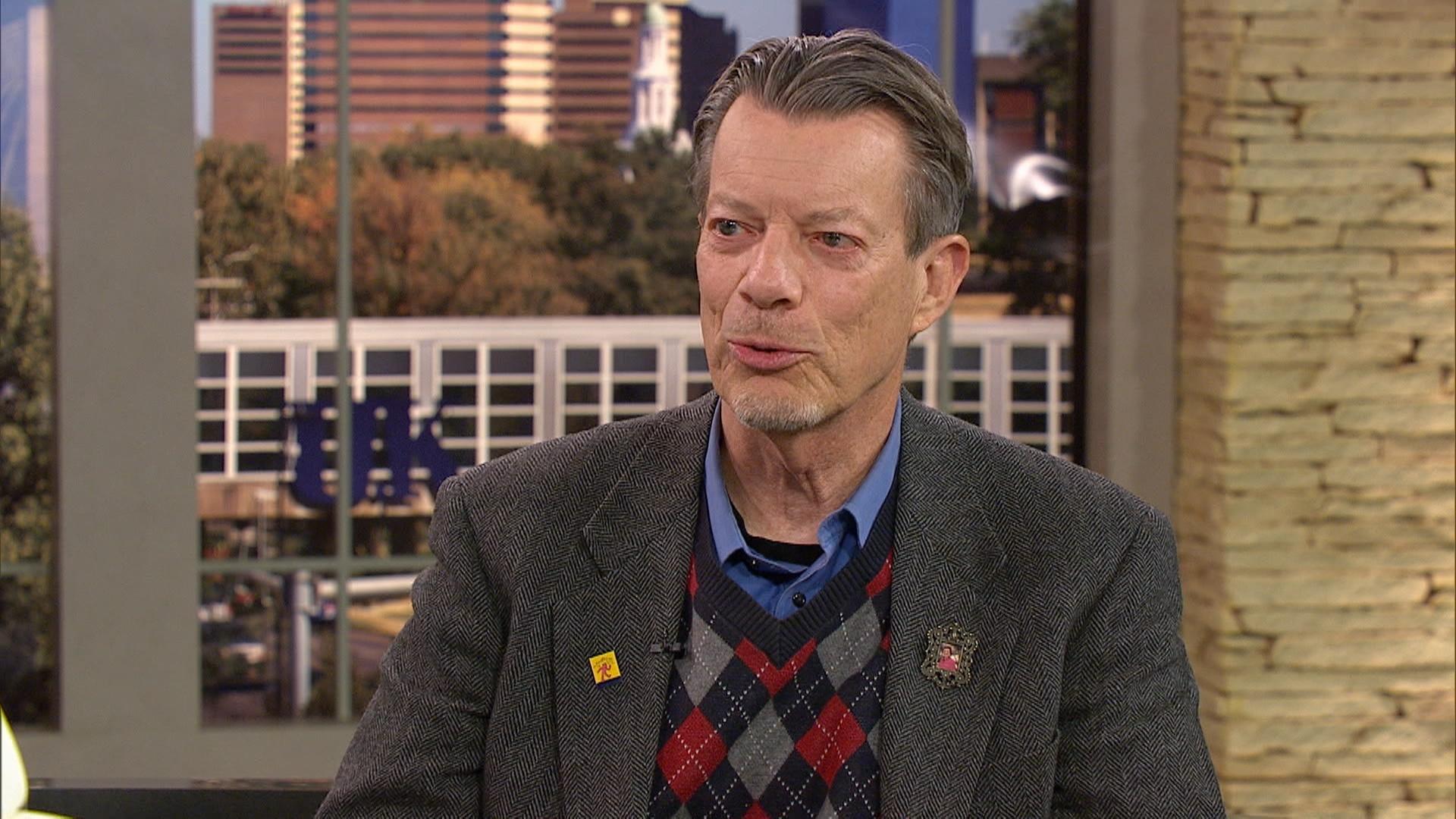