Bill speaks with Katty Kay, BBC World News America anchor. Kay talks about her career in journalism, the U.S. political scene, and her book book The Confidence Code: The Science and Art of Self-Assurance – What Women Should Know, co-authored with Claire Shipman.
Season 11 Episode 29 Length 29:02 Premiere: 08/07/16

British journalist and BBC anchor Katty Kay has lived in the United States for two decades, observing a nation that she considers to be unique on the global stage.

“I have huge confidence in the American people. The political system I’m less sure about,” Kay says. “It’s clearly broken, it needs fixing, the country’s become ungovernable, but the power of the American people to keep on persevering and be entrepreneurial is unlike anything I’ve seen in the world.”

Kay brought her insights to a One to One conversation with KET’s Bill Goodman about journalism, politics, and her books about women in the workplace.

Kay is the anchor (or “presenter,” as the English say) of BBC World News America, which airs weekdays at 6 p.m. on KET. But there was a time when Kay wanted nothing to do with journalism.

The daughter of a British diplomat, Kay grew up in countries across the Middle East. She studied French and Italian at Oxford, and watched as many of her college friends joined the BBC after graduation. But Kay went to the Bank of England to learn about economics, a career move she says was mercifully short-lived.

Kay was working with an aid agency in Zimbabwe in 1990 when she finally succumbed to the journalism bug and began filing radio reports for the BBC World Service. She worked her way up the ranks with posts in London and Tokyo before landing in Washington, D.C. Her reporting has included three U.S. presidential elections, wars in Kosovo, Afghanistan, and Iraq, and the 9/11 terror attacks.

On her nightly program, Kay says the World News team strives to show how events and issues occurring in some distant country can affect all of us.

“The world is connected, whether we like it or not,” says Kay. “What happens in Athens, Greece, affects people in Athens, Ohio, so to try and make sense of that for an American audience that doesn’t get an awful lot of foreign news is a challenge.”

Anger that Fuels Votes
As she covers her fourth presidential campaign, Kay says she sees a common thread between the candidacies of Donald Trump and to a lesser extent Sen. Bernie Sanders, and the recent vote by Great Britain to leave the European Union.

“There is certainly a feeling that established political systems have not benefited people (who have been hurt by the forces of globalization) in the way that those people needed,” Kay says.

She attributes voter anger to a “tectonic shift in the economic plates of the world.” Since policymakers have failed to address working-class concerns about free trade, immigration and tax policies, Kay says an increasing number of people in multiple nations are saying they’ve had enough and want a change.

In England that took the form of June’s Brexit vote. Kay says she expected Britons to flirt with leaving the EU, but she admits she was “gobsmacked” to learn they actually did so. (Her American residency prevented her from voting on the referendum.)

Now, those in England and Europe are watching the American presidential campaign between businessman Trump and former Secretary of State Hillary Clinton. Kay says Europeans are generally disdainful of the time and money Americans devote to their elections, but she says they find the candidates here to be fascinating.

“No one gives us Sarah Palin and Donald Trump in the space of eight years,” Kay says. “For political junkies, it’s crack.”

Helping Women Find Success and Confidence
Kay says she’s not surprised it’s taken so long for a woman to become a major-party presidential nominee in the U.S., while countries like England, India, Israel, and Germany have already had female leaders. She says it’s been easier for women in parliamentary systems to rise through the political ranks and become leader of a party that is then elected to govern a nation.

On the other hand, women who consider running for office in the U.S. know they will face long and expensive campaigns with numerous attacks and intense personal scrutiny. Kay says women here are turned off by what she calls the gladiator nature of American politics. Even with a growing spirit of gender equality in America, Kay notes there are still only 20 women in the U.S. Senate.

The challenges that women continue to face in the workplace, along with her own desires to have a career and children, led Kay to co-author “Womenomics: Write Your Own Rules for Success.” She says the book was a way to reject the notion of “Super Moms” that “have it all” and instead explore how women can empower themselves to make the choices they need to achieve fulfillment on the job and with family.

“I think you can have a good chunk of it all in your private life, and your marital life, and as a mother and in your work,” Kay says. “But if you want 100 percent of your work life and your kids’ life and as a spouse, you’re probably not going to get there and you’re going to bust your gut in the process and no one’s going to be very happy.”

In the course of interviewing dozens of women for the book, Kay noticed that female leaders in business, politics, and sports would often say how lucky they were, or that they were in the right place at the right time to accomplish their achievements. That led Kay and her co-writer, ABC News journalist Claire Shipman, to explore the confidence gap that exists between men and women. The result is their newest book, “The Confidence Code: The Science and Art of Self-Assurance – What Women Should Know.”

It turns out even the highest profile women can struggle with confidence. As an example Kay describes how Christine Lagarde, Managing Director of the International Monetary Fund, has to look deep within herself to find the confidence she needs to meet with male finance ministers.

In addition to talking with physiologists and neuroscientists about the roots of confidence and how it develops, the authors worked with researchers at Ohio State University to develop an online questionnaire that women and men can complete to assess their confidence level. [ The Confidence Quiz] They also discovered the important role team sports can play in helping youth, especially young girls, develop confidence.

“It teaches you to win,” Kay says, “but it also teaches you to lose and if you do lose you have to pick yourself up and keep going… That’s a great building ground for confidence and it’s unfortunate that girls drop out of team sports at a rate much higher than boys do.” 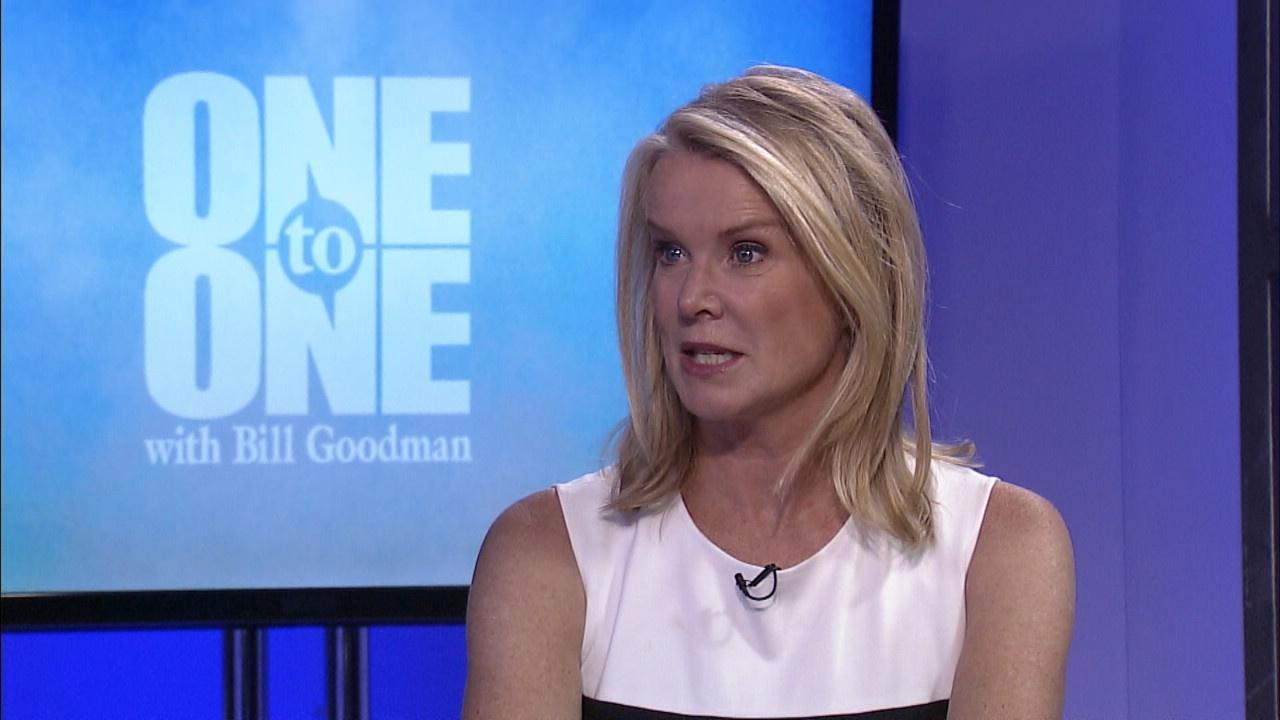