When theologian Albert Mohler Jr. looks at the recent U.S. Supreme Court decision that legalized gay marriage across the country, he sees more than landmark ruling on one particular social issue. He sees another distressing step in the decades-long revolution to redefine the nature of marriage and family in America.

Mohler is president of the Southern Baptist Theological Seminary in Louisville and the author of the new book, “We Cannot Be Silent: Speaking Truth to a Culture Redefining Sex, Marriage, and the Very Meaning of Right and Wrong.” He appeared on KET’s One to One to discuss these sweeping moral changes and how evangelical Christians must fight to uphold what he sees as biblical wisdom.

Sees a Century of Moral Decline
Mohler contends that the court decision on same-sex marriage was possible only because of greater ideological, moral, and social changes that have unfolded throughout the 20th century. According to Mohler, the revolution started with the earliest days of the birth control movement 100 years ago.

The next milestone in the revolution came when then-California Gov. Ronald Reagan signed the nation’s first no-fault divorce legislation into law in 1970. With that, the dissolution of marriage became much easier for couples. Mohler says even as churches preached against divorce, they did nothing to prevent couples from seeking a separation.

So, long before the same-sex marriage movement became prominent, Mohler says the institution of the family was already breaking down. Now that gay marriages are legal, Mohler says America will face even more problems.

“I believe it is a societal mistake that will lead to grave societal injury to define marriage as anything other than the union of a man and woman,” Mohler says. “God gave us marriage as a part of creation, and to tamper with that institution or to reject it in the form he gave us, is to lead not to human happiness but to human injury.”

Ultimately, Mohler says, this moral revolution will create chaos for generations to come. He says gay marriage advocates will be responsible for setting loose a logical argument that won’t stop with same-sex unions.

A Failure of Churches
Mohler doesn’t just credit the proponents of birth control, no-fault divorce, and gay marriage for the success of the moral revolution in America. He blames faith leaders for not being up to the theological challenges these changes brought.

“The church was not complicit in beginning the revolution but what is clear is that the church was insufficiently convictional and courageous to really face that revolution,” Mohler says. “And so many churches and denominations just began eventually to compromise, to accommodate, and to cave to this moral revolution.”

This failure to protect traditional marriage culminated with some churches now blessing same-sex relationships and endorsing gay marriage. Mohler says the one exception is the Catholic Church, which he says has generally been ahead of protestant denominations in framing arguments against birth control, divorce, and homosexuality.

Mohler acknowledges the victories same-sex marriage advocates have won by using the rhetoric of the civil rights movement to advance their cause, even though he says the two movements are morally very different. Now that conservatives are no longer driving the social and political debate on these issues, Mohler says evangelical Christians face a whole new challenge.

“The difficulty for us is that the believing church is going to find itself defining marriage in a different way than the larger culture,” Mohler says. “And for Christians, that’s never happened before.”

In response to these changes, Mohler says evangelicals must strengthen their voice in society and refocus their efforts to spread biblical teachings.

A View from the Scriptures
So what does the Bible have to say about these issues? In his interpretation of the scriptures, Mohler says God intended from the beginning that marriage be between one man and one woman, and that sex outside of marriage or homosexual activity goes against that teaching. And since Jesus Christ came to fulfill biblical law, Mohler says he would’ve opposed homosexuality.

Mohler adds that the Bible describes same-sex acts as an “abomination” but he says the scripture also calls the sin of idolatry an abomination. He contends that
homosexuals are no more sinful than sinful heterosexuals.

“This is a situation where the Christian church has got to be clear because, quite frankly, there has been a reaction to those who are in same-sex relationships or involved in same-sex behaviors that has tried to treat them out of prejudice and fear as if they’re a different category of sinners,” says Mohler. “That’s just not biblically sustainable.”

Mohler says he hopes those who disagree with him will read his book so that they can explore credible arguments that may challenge their thinking on these issues. For those who do agree with his viewpoints, Mohler hopes the book will inspire them to action.

“Christians have no choice but to stand upon all the Bible teaches,” Mohler says. “We have no right to be silent.” 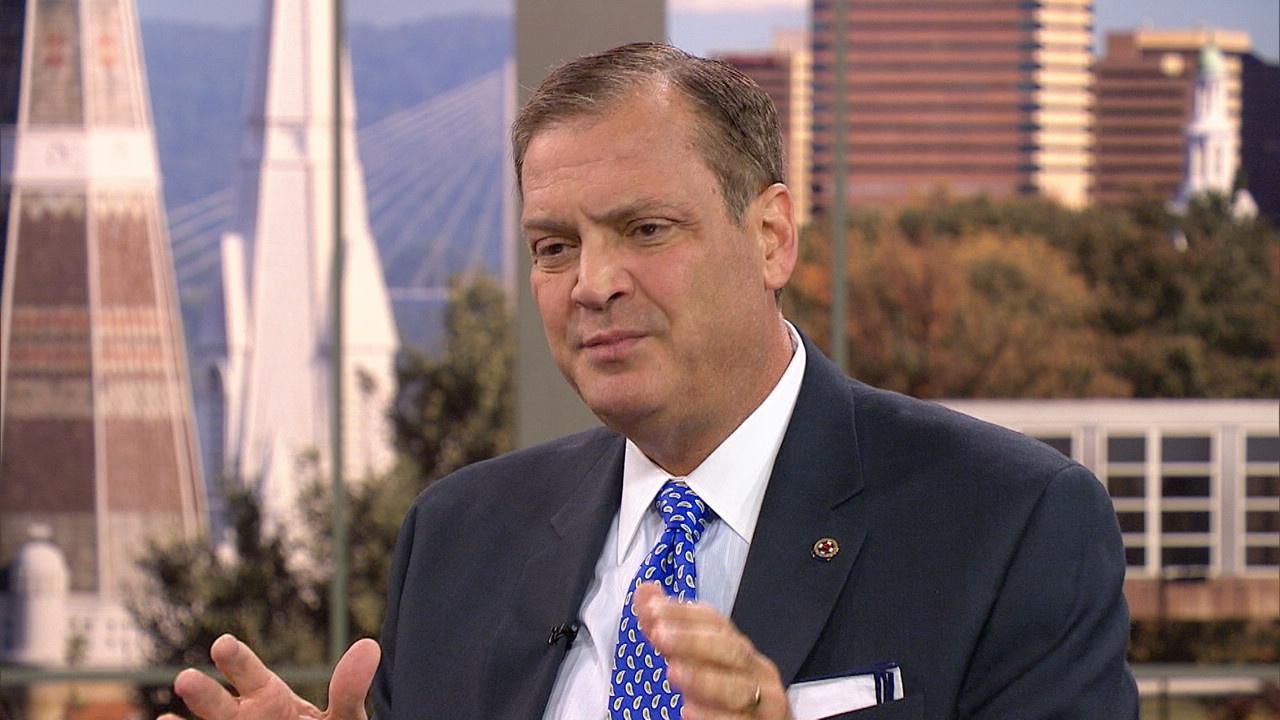