Dr. Robert Davies is the new president of Murray State University. Davies brings a lot of experience to the post, as well as perspective having served at institutions across the country. Here, he discusses his initial impressions of Murray State and upcoming goals and challenges.
S10 E16 Length 28:01 Premiere: 2.22.15

As Robert Davies settles into his new job as president of Murray State University, he’s doing a lot of listening.

“During this transition, my most important role is that of being student,” Davies says. “I am learning how we serve our students, I am learning more and more about our faculty… I am asking a lot of questions, and then listening to how people respond.”

Davies talked about the western Kentucky school and his views on public higher education on KET’s One to One with Bill Goodman.

Davies’ listening period is part of a strategic planning initiative for the school. He says that process has so far resulted in four broad goals for MSU: academic excellence; student success; scholarship, research and creative thought; and community engagement in its 18-county service area. Davies contends public higher education is at a “watershed moment” in history given rapid technological advances, funding issues, and calls for greater accountability.

“A key mark of a great American university is being able to adapt to the changes and to do so in a manner that will propel the university, its faculty, its staff, its students, and its community forward,” Davies says, “and that’s what we’re doing at Murray State University.”

The Challenging Future
As educational institutions struggle to meet new challenges, so do the students attending these schools. Davies wonders if colleges and universities haven’t been too focused on trying to prepare students for specific jobs. He contends many popular occupations available today didn’t exist five or ten years ago, which makes it difficult for schools to keep up with changes in the employment marketplace.

“So when we are educating our students, we can’t educate them on the job that they’re going to get,” Davies says. “Our students of today, within five years, six years, seven years, will not be going out to find a job – they will go out and create their job.”

That’s why Davies says he thinks it’s important for universities to offer broad-based educations that include humanities and science classes, that stress critical thinking skills and creative approaches to problem solving, and that instill values of fairness, hard work, and equal opportunity for all.

Continuing a Legacy of Hope
Davies arrived at Murray State last summer after holding executive posts at Eastern Oregon University, Indiana University of Pennsylvania, the State University of New York at Buffalo, and other schools. He says he was attracted to MSU because of the school’s reputation, including recognition in the best southern college rankings compiled by U.S. News & World Report.

Davies says he believes a critical aspect of being an educator is to instill hope in students. He fondly recalls how his grandfather, a teacher in a small Ohio farming community, gave hope to his students that they could achieve great things. Davies even keeps a copy of his grandfather’s obituary on his desk to remind him to aspire to that ideal.

But Davies does worry about access to higher education as tuition costs continue to escalate. He says he believes students should share in the costs of their studies, but he fears university budgets have become dependent on tuition fees.

“I am very, very concerned that we’ve got the balance too out of whack,” Davies says. “I think that we do need to take a look at how we get more public investment into higher education.” 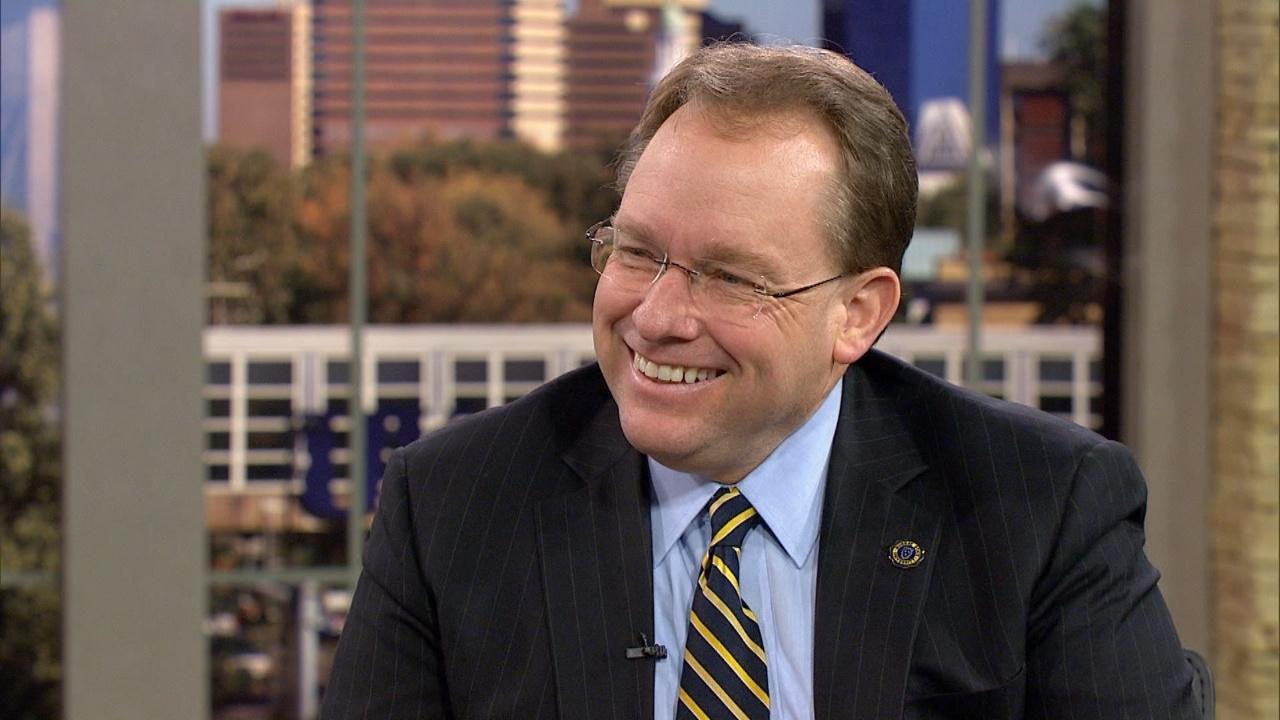