Dr. Nora Volkow of the National Institute on Drug Abuse

As a child in Mexico, Dr. Nora Volkow had a favorite uncle. She remembers him as caring, charismatic, and generous. But he was also prone to dark, even scary behavior because he was an alcoholic. Despite the pain he knowingly caused the family, Volkow says the uncle simply couldn’t stop drinking.

But it wasn’t just her uncle. As she grew older, Volkow learned that her family had a history of alcoholism. One of her grandfathers had even committed suicide when he couldn’t overcome his addiction.

Those early experiences drove Volkow to try to understand why some people – despite their best efforts – are unable to control their dependence on alcohol and drugs.

“All my professional life I’ve been struggling very much to try to bring forward the concept of addiction is a disease of the brain that can be prevented and treated,” she says.

Now a research psychiatrist and scientist, Volkow is director of the National Institute on Drug Abuse (NIDA) at the National Institutes of Health. She is also a pioneer in the use of brain imaging to explore the science of addiction. Volkow discussed her work on One to One as part of KET’s Inside Opioid Addiction initiative.

Brain Imaging Reveals New Discoveries
Even as a medical student, Volkow says her desire to help addicts wasn’t always met with encouragement. During her psychiatric residency, says she her instructors told her not to spend too much time treating addicts with medical problems because there was nothing that could be done to help them.

“I always was terribly distressed by the fact that people that were addicted to drugs and were so vulnerable in many ways were ignored,” Volkow says.

But then new technology became available that changed how researchers viewed the brain. MRI and PET scanning devices allowed them to see the effects of addiction in humans.

“It became obvious that the brains of people that were addicted to drugs had very specific biochemical and functional changes that could help us understand the behaviors that we were seeing in our patients,” Volkow says. “It gave us a tool as physicians to actually counter the perception that addiction is a moral failure.”

A Loss of Control
But even with a growing body of research into the science of addiction, Volkow says many people still find it difficult to understand the loss of control that addicts experience.

“Each one of us in our lives, and certainly I am guilty of that, face situations where we cannot control something we’d have rather not done,” Volkow says.

Volkow likes to use her own love of chocolate as a metaphor. She enjoys eating it, sometimes to the point of overindulging. Volkow even knows that consuming chocolate in the evening can give her nightmares, but she says she just can’t resist the temptation sometimes.

Brain research is now showing that a drug addict can manifest his or her craving in a similar way. Volkow says the addiction creates a long-lasting memory that associates the pleasure of the initial highs with a permanent signal that gets activated in the brain even after the drugs are no longer pleasurable. She says scientists are working to identify the molecular machinery within the brain – the receptors and connectors – responsible for this process.

“As we recognize what those molecular targets are, we can then develop interventions to interfere with that signal,” Volkow says.

The Link Between Pain and Addiction
While America’s drug crisis used to mainly involve illegal narcotics, currently a growing number of individuals are entering the spiral of addiction through legally prescribed medicines to combat chronic pain.

Volkow says research indicates that Americans experience high rates of pain, and those numbers are increasing. She says that can be the result of a number of issues, ranging from pain associated with obesity and chronic diseases like diabetes, to mental health problems. She says individuals who suffer from depression are more likely to experience chronic pain and vice versa.

As with chocolate or addictive drugs, the brain can build similar long-lasting signals around pain. Once those pathways are established, Volkow says a patient can continue to feel discomfort long after the physical injury that caused the initial pain has healed.

Volkow contends American doctors receive insufficient training on how to assess and treat chronic pain beyond prescribing opioid-based painkillers, and on how to detect if their patient has become addicted their medicine. She says pain relievers like OxyContin and Vicodin are incredibly profitable for pharmaceutical companies, so the companies have little incentive to invest in developing non-narcotic pain remedies or drugs that can help treat addiction.

“That phenomena of economics is obviously making it harder for us in the health care system to be able to properly treat our patients and not be bombarded with all of these massive amounts of medications,” Volkow says. “My perspective is we don’t need this massive amount, we just need to prescribe it much better and then there will be plenty of access to medication for those that need it, provided that prescriptions are actually targeted to those that need them.”

Changing Drug Policy
Volkow says she is pleased with how addiction is becoming a greater part of civic dialogue in the United States. She credits Kentucky-based Operation UNITE with fostering conversations among law enforcement agencies, government officials, medical professionals, treatment advocates, and the research and academic communities on how to address the drug crisis.

She says reforming drug policy will require a shift in public perception to reduce the stigma around addiction, and also changes to health care and the criminal justice system. Volkow argues that addiction should not be criminalized, and that if addicts are put in jail they should receive treatment before being released. She says that the need to treat addiction is great, and that scientific research on finding the best treatment methods is improving. What is missing, Volkow says, is the will to make it happen.

“We have all of these strategies that we need to implement,” Volkow says. “We cannot afford taking years to deploy them.” 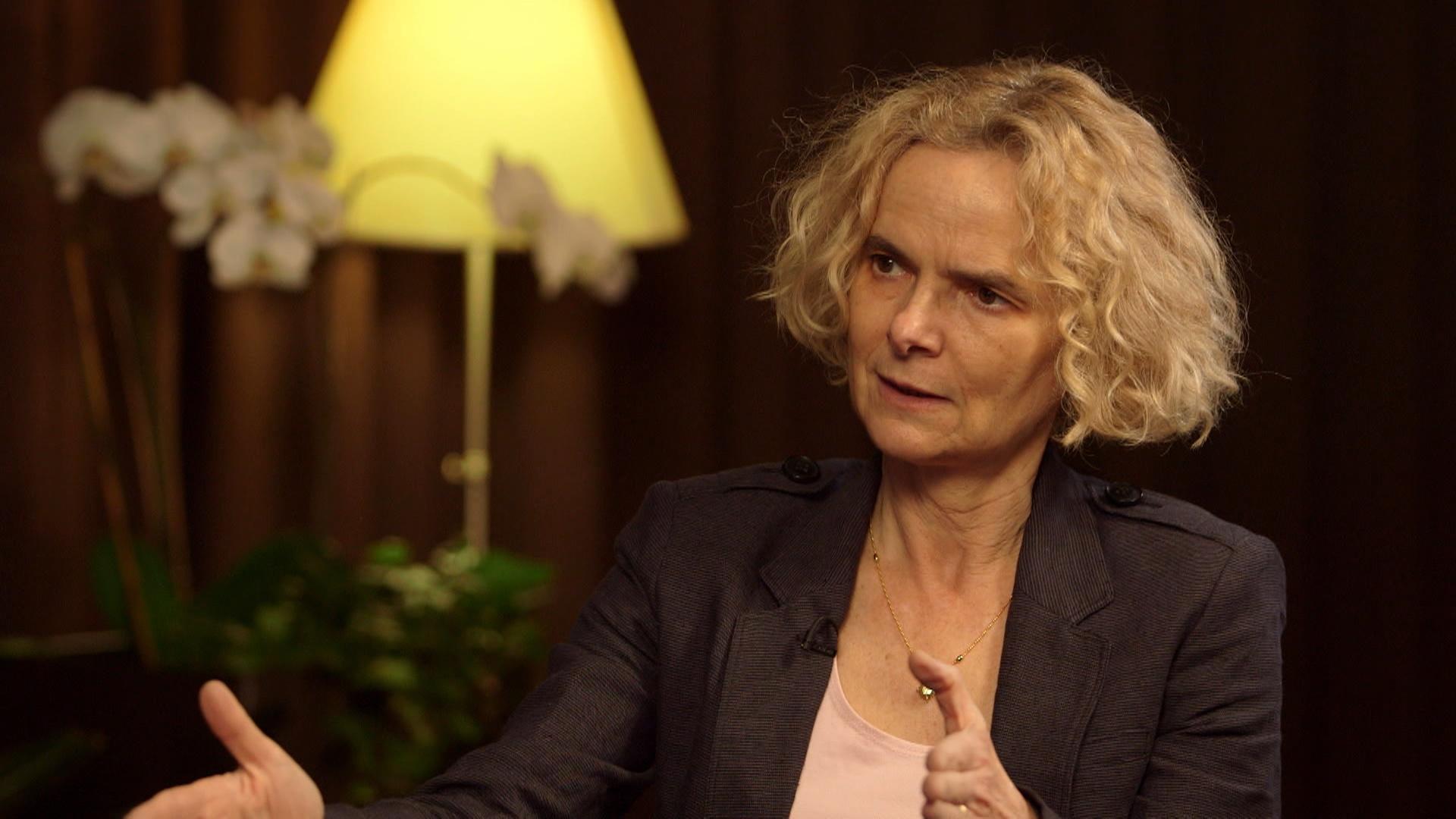