Eric Gregory, president of the Kentucky Distillers' Association, talks about the growth of the bourbon industry and the challenges it faces in the future.
S10 E52 Length 28:02 Premiere: 12.20.15

If you or a friend happen to enjoy a drink of Kentucky bourbon this holiday season, you can rest assured there’s more where that came from.

In fact there are some 5.7 million barrels of bourbon aging in the commonwealth today. At about 53 gallons per barrel, that’s more than 300 million gallons of whiskey waiting to be consumed (minus what eventually will be lost to evaporation, which bourbon aficionados affectionately call the “angel’s share.”)

Keeping the state’s bourbon industry healthy is the mission of the Kentucky Distillers’ Association. Eric Gregory, president of the KDA, appeared on KET’s One to One to detail the boom in bourbon in recent years.

First, Some History
Distilling in the commonwealth began out of necessity, according to Gregory. The settlers that flooded into the Kentucky territory from the eastern colonies grew corn to feed their families and their livestock. But they needed a way to store their excess grain so it wouldn’t spoil. Their solution was to distill it into liquor.

That clear liquor got stored in charred oak barrels, which farmers sent to Limestone Landing in what was then Bourbon County (and is now Maysville) to be shipped to buyers down the Ohio and Mississippi Rivers. Gregory says by the time it reached New Orleans, the liquor had absorbed some of the color and flavor of the charred barrels. The beverage got its name because of the Bourbon County label stamped on the barrels.

The entrepreneurial drive of those early farmers eventually grew into a leading industry for the commonwealth – one that was big enough to survive Prohibition in the 1920s and early ‘30s, and an enormous surge in wine and clear spirit sales in the late 1970s.

Fending Off the Competition
To say that Kentucky bourbon is booming today would be an understatement.

Gregory says the number of distilleries in the state has tripled since 2012. Now 31 large corporate and smaller craft distillers employ more than 15,000 people. And there’s more to come: Kentucky distilleries are poised to invest more than $1 billion in new capital projects, according to Gregory. Production already has expanded more than 170 percent in the last 15 years, and that’s made bourbon a $3 billion industry for the commonwealth.

“We’re entering the golden age of bourbon right now but that doesn’t mean we don’t have people nipping on our heels,” says Gregory. “We’ve got to look toward the future and make sure we strengthen Kentucky’s rightful place as the one true, authentic home for bourbon.”

But the state is far from having a monopoly on whiskey.

Gregory says there are about 600 distilleries across America. Every state in the union now has at least one distillery, and some states have upwards of 60 distilleries. With that kind of competition, Gregory says Kentucky needs to be more aggressive in drawing new producers to the commonwealth, and making the business climate here friendlier for them. And the number one issue, he says, is taxes.

“Kentucky is the only place in the world that actually taxes aging barrels of spirits,” Gregory says.

So an 18-year old bourbon would be taxed 18 times even before it goes to market, according to Gregory. Then there’s a tax on every case of bourbon, a wholesale tax for retailers (which went from 9 to 11 percent in 2005), and a sales tax for consumers.

While those tariffs generate significant revenue for state coffers, Gregory says it’s hurting the industry. He points to states that have traditions in producing wine and brewing beer that have much lower taxes on those beverages.

Luring More Tourists
Then there are regulatory issues that Gregory contends hurt bourbon tourism. He says visitors who tour distilleries on the Bourbon Trail cannot buy liquor by the drink and they are limited to purchasing only three bottles to take home with them. With 700,000 tourists coming to Kentucky distilleries, and spending an average of $1,000 in the process, Gregory says the state could be making even more money with friendlier regulations.

“They’ve got money to burn here in Kentucky,” Gregory says. “They’re sleeping in our hotels, they’re eating in our restaurants, they’re shopping in our stores, why are we telling them no? Let them spend their money here and it will help the commonwealth’s economy [and] and help us grow the industry.”

Gregory applauds legislation that passed in the 2014 General Assembly that returns some tax money to the industry in the form of a corporate income tax credit that distillers can reinvest in their Kentucky operations. But legislation the KDA proposed in the 2015 session to address some of the regulatory hurdles failed. Gregory hopes such a measure will fare better in the next legislature because he says so-called tourism modernization can generate millions in new revenues and encourage out-of-state distillers to locate their operations in the traditional home of bourbon.

“This is something that just makes good common sense and it’s not going to cost taxpayers any money whatsoever,” Gregory says. “It’s easy revenue for the commonwealth… and it helps keep us competitive in the global economy.” 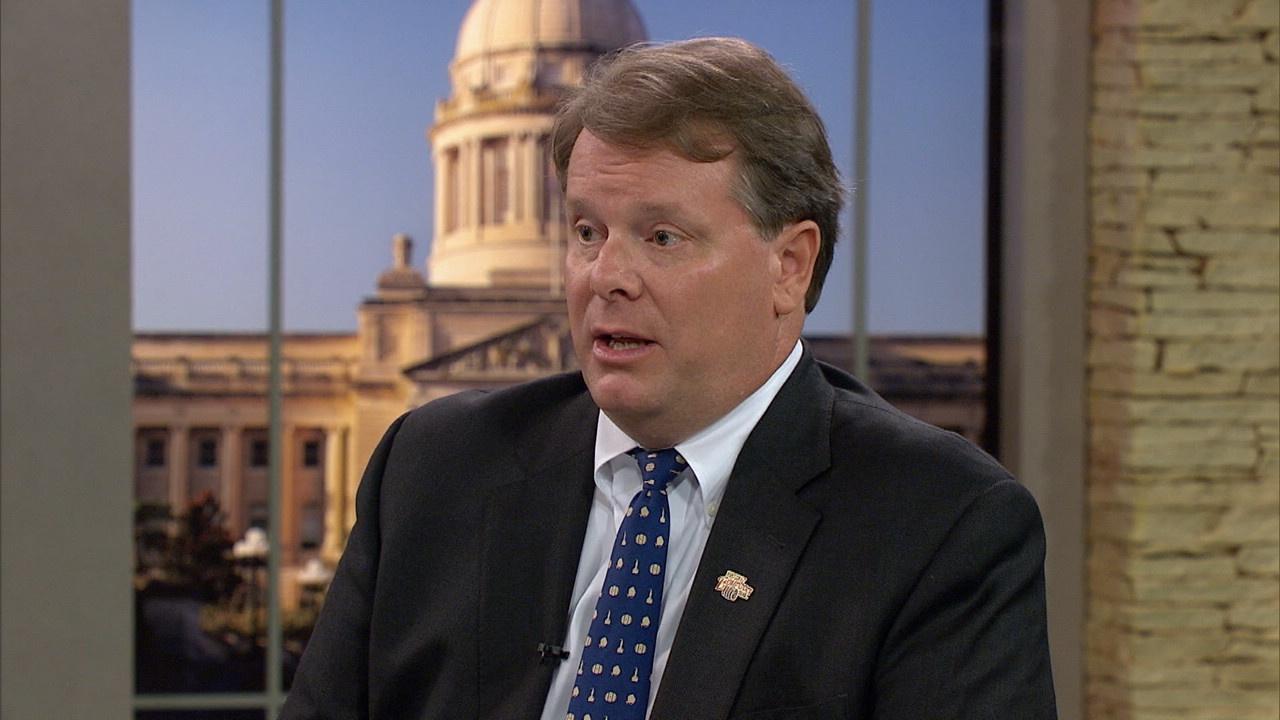