There was a time when historian Emily Bingham vowed to never write about her family. She was too upset by how her parents, grandparents, and aunts were depicted by the media during their dispute over the future of the revered newspaper, television, and radio properties the Binghams once owned in Louisville.

But there was a great aunt named Henrietta who always intrigued her. Emily was a youngster when Henrietta died, but the bits and pieces that she learned about her great aunt over the years pointed to a fascinating story.

“She was a firecracker,” Emily Bingham says. “She was almost too hot to handle in her lifetime.”

Eventually Bingham did decide to write about her great aunt in a new book entitled, “Irrepressible: The Jazz Age Life of Henrietta Bingham.” She joined Bill Goodman on KET’s One to One to discuss the biography.

Henrietta was the sister of Barry Bingham Sr., the long-time owner and publisher of the Courier-Journal and Louisville Times. The family also owned WHAS TV and radio and a printing operation in Louisville. Born in 1901, Henrietta came of age during the Roaring Twenties and had a chance to be a part of the family’s media empire.

Instead, Henrietta decided to blaze a trail from Louisville to New York to London and back again, drinking and partying with world-renowned celebrities, and breaking the hearts of numerous lovers, both male and female.

’A Sad, Sad Case’
Within her own family, though, Henrietta was an ’embarrassment.’ When Bingham told her father, the late Barry Bingham Jr., about her idea to write a biography of Henrietta, he was stunned.

“He just said, ‘I don’t understand why you would ever want to do that. She was a three-dollar bill. She was a sad, sad case.”

At that time, Bingham says she only knew a few exciting stories about her great aunt, which inspired her to name her own daughter after Henrietta. What Bingham would come to learn were the unspoken stories about Henrietta’s affairs, anxieties, and addictions that would resonate throughout the Binghams’ history.

“Part of the larger message of the book is that even when there are silences in families on parts of our family trees, those silences actually carve out a lot of space, a lot of energy, and a lot of meaning,” Bingham says. “And just because we don’t know what they are doesn’t mean they aren’t having an impact.”

A Treasure Trove of Letters
Finding the truth behind her family’s silences wasn’t easy. Henrietta didn’t leave much of a paper trail of her own, and Bingham believes a learning disorder may have made writing difficult for her great aunt.

So she was thrilled by a discovery she made at the family manor house called Melcombe. On a bitterly cold January day in 2009, Bingham was rummaging around the attic of the then-empty home when she discovered two trunks of Henrietta’s belongings. The first contained items from Henrietta’s life in London in the 1930s, when her father (Robert W. Bingham) was the United States ambassador to England.

Buried in the second trunk were stacks of letters, all neatly tied up in ribbon. They were correspondence from two men Henrietta almost married in the 1920s.

“I knew I had something really big because when you have letters you can reconstruct where someone was, why there were, more or less, and at least some part of their emotional existence,” Bingham says. “And that’s what I needed.”

Parties with Bloomsbury Intellectuals
The contents of those trunks along with extensive research helped Bingham flesh out Henrietta’s life after she graduated from Louisville Collegiate School in 1920. Henrietta went to Smith College, the prestigious women’s school in western Massachusetts, and soon started a love affair with her English professor, the writer Mina Kirstein.

That relationship lasted about two years before Kirstein, concerned about Henrietta’s anxieties and neuroses, arranged for the young Bingham to see Ernest Jones, a preeminent psychoanalyst in London. During her time with Jones, Bingham says Henrietta had a string of affairs with men and women, and became part of the Bloomsbury Group of up-and-coming English intellectuals including Virginia Woolf. At one of their parties Henrietta met an aspiring writer named John Houseman, who would later become an acclaimed actor.

Henrietta reconnected with Houseman in New York a few years later, where the two frequented speakeasies and nightclubs of the Harlem Renaissance. Henrietta even brought Houseman to Louisville for the 1925 Christmas holiday to meet her family. Bingham says Houseman effused about his visit with the elite Kentuckians:

“I was living a dream in which Henrietta and the new world were deliciously confused, a dream of riches, glamour, and unlimited opportunity… I began to indulge the rosy fantasy of one day entering this world at her side, of sharing in all this luxury and authority without effort or struggle as her consort.”

But like all of Henrietta’s relationships, the affair with Houseman would not last.

A ‘Shorts’ Story
Bingham says the trunks in the family attic contained another important — if unusual — relic, from Henrietta’s life: a pair of shorts worn by tennis legend Helen Hull Jacobs.

In 1933, Henrietta’s father, Robert Worth Bingham, was appointed the United States ambassador to the United Kingdom, a post he held for about four years. Emily Bingham says Robert told his daughter he would only take the job if she would accompany him to London. Henrietta reluctantly agreed and soon took up residency at the American Embassy with her father.

It was there that she met Jacobs, who already had Wimbledon as well as U.S. and French Open titles to her name. Henrietta offered Jacobs her own room at the embassy, and the two began a committed relationship that lasted almost seven years.

Bingham attributes her ability to tell this part of her great aunt’s story to that pair of tennis shorts. After finding them in Henrietta’s trunk, Bingham decided to donate the shorts to the International Tennis Hall of Fame in Newport , R.I. The curator there said the shorts would make a wonderful addition to their collection of Jacobs’ diaries, photo albums, and scrapbooks.

Intrigued, Bingham says she went to Newport as soon as she could and found a treasure trove of information about Henrietta.

“It enabled me to write a whole chapter of a long-term same-sex relationship in the 1930s I otherwise could never have produced,” Bingham says. 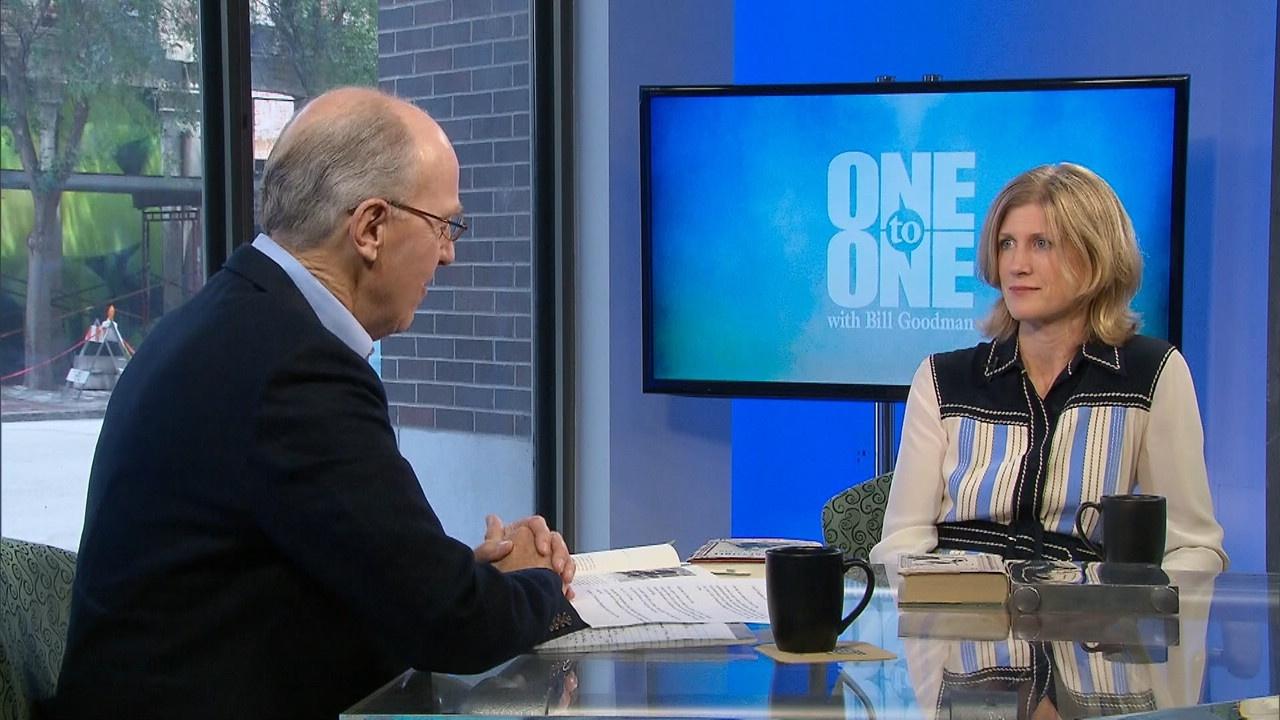