This Saturday, thousands of people will gather at the Graves County hamlet of Fancy Farm to hear speeches by current political officeholders and candidates while they enjoy barbeque with home-cooked sides and maybe a game of Bingo.

For Kentuckians with an appetite for politics, it’s widely regarded as the perfect place to spend a hot summer afternoon.

This year, Scott Jennings, a conservative commentator and former advisor to President George W. Bush and Sen. Mitch McConnell, will emcee the political speeches. He joined former Kentucky Treasurer Jonathan Miller, who writes under the moniker of The Recovering Politician, on KET’s One to One to preview Fancy Farm 2016.

“I think Jim Gray by far has the most pressure on him,” says Jennings. “He’s a first-timer [to Fancy Farm], not very many people outside of Lexington know who he is, and this is the first big chance to introduce yourself to the world of Kentucky politics and what you can do.”

Jennings adds that another challenge for Gray is simply being a Democrat in a state that has voted increasingly red in recent elections. Jennings says Gray must figure out how to separate himself from a national Democratic Party that many Kentuckians feel no longer reflects their values.

But Gray does have some advantages in the race, according to Miller. Gray is a native of Glasgow and has lived in Kentucky for most of his life. Miller says Gray will contrast that to Paul, who grew up in Texas and has lived in Bowling Green since 1993. Miller also contends Kentuckians like elected officials who take care of their constituents, so they may not be happy that in recent months Paul was more focused on his unsuccessful presidential bid than on his senatorial duties.

A big question for Paul and Gray is how the presidential candidates may impact voting in the Senate race. Miller says for Gray to win, he must find a way to capture votes from Kentuckians who support Donald Trump. As the head of his family’s construction firm, Gray shares a business background with the Republican presidential nominee.

“He is more of an outsider,” Miller says of Gray, “and if he can take that Trump positive aura of being a truth-teller… then that might be the way to split off enough Trump votes to give him the election.”

Jennings says he thinks Paul will stick to his core messages of getting the national debt under control, balancing the federal budget, and reducing the size of government. If Paul does mention the presidential race, Jennings thinks it will be to criticize Democratic nominee Hillary Clinton.

The Presidential Race
Fancy Farm organizers hope to feature representatives from the Trump and Clinton campaigns, as well as a surrogate for Libertarian candidate Gary Johnson. But even without formal visits by the principals, Jennings and Miller expect there to be a fair amount of discussion about the Democratic and GOP contenders.

While Kentucky was once known as “Clinton Country” for voting for Bill Clinton in the 1992 and 1996 presidential elections, Jennings contends that’s no longer the case. He says voters here now suffer from what he calls “Clinton fatigue.” He adds that Hillary Clinton angered many Democrats in coal-producing counties when she said in a town hall earlier this year that her policies would put miners and mining companies out of business. Jennings says he’ll be shocked if Republican speakers don’t mention the former U.S. Secretary of State in their remarks.

On the Democratic side, Miller says he doesn’t expect those speakers to talk much about Donald Trump. He agrees that Republican candidates will want to nationalize state races by tying Democrats to Clinton. But Miller says Democratic candidates will likely respond by touting their conservative values and focusing on local issues rather than talking about Trump or national political concerns.

While saying that no possible outcome is a foregone conclusion, Miller admits Clinton’s chances of carrying Kentucky are slim.

The Battle for the House
Republicans are making another run at flipping the Kentucky House of Representatives, the last legislative chamber in the South to be held by Democrats. Jennings says he expects Gov. Bevin to make a compelling case for GOP control as a way to advance his agenda of reforming state government. He says Agriculture Commissioner Quarles and Treasurer Ball may offer that argument as well.

Miller says Democratic speakers at Fancy Farm may take the opportunity to demonize the governor for his proposal to overhaul Kentucky’s Medicaid program and his moves to restructure several state boards.

But that may be difficult given the paucity of Democrats scheduled to speak at Fancy Farm. The only Democrats appearing on the preliminary schedule are Mayfield attorney Jesse Wright, who is running to represent Graves County and part of McCracken County in the state House, and U.S. Senate candidate Jim Gray. Miller says Gray would be silly to spend his limited speaking time to discuss state House control.

Democrats had hoped Attorney General Andy Beshear or Secretary of State Alison Lundergan Grimes might represent the Democratic cause at this year’s picnic. But Beshear declined to attend, and Grimes has yet to confirm her appearance as of Aug. 1. Miller and Jennings say if Grimes does speak on Saturday, she may well use her time to promote her friend and political mentor, Hillary Clinton.

“If you’re Alison Grimes, you’re taking one more opportunity to show the Clintons how loyal you are,” Jennings says. “[Grimes] may not be thinking of running for office in Kentucky. She may be thinking of wanting an appointment in the White House or the Justice Department… If I were her and that’s something that was on my mind, I wouldn’t miss the chance.”

Jennings admits to being nervous about his first stint as emcee of Fancy Farm. The former radio reporter and co-founder of a Louisville public relations firm says he’s been keeping an even closer eye on state and national politics to prepare for the job. Jennings says he wants to be funny without being mean-spirited to the politicians appearing at the picnic. He says he also wants to do right by his home region of western Kentucky and by the 136-year tradition of Fancy Farm.

Bill Goodman and Renee Shaw will host live coverage of the political speeches, starting at 2:30 p.m. EDT on Saturday on KET and streaming at ket.org/fancyfarm. Additional coverage will air Friday at 8 p.m. EDT on Comment on Kentucky and at 8:30 p.m. with a special Fancy Farm preview program. 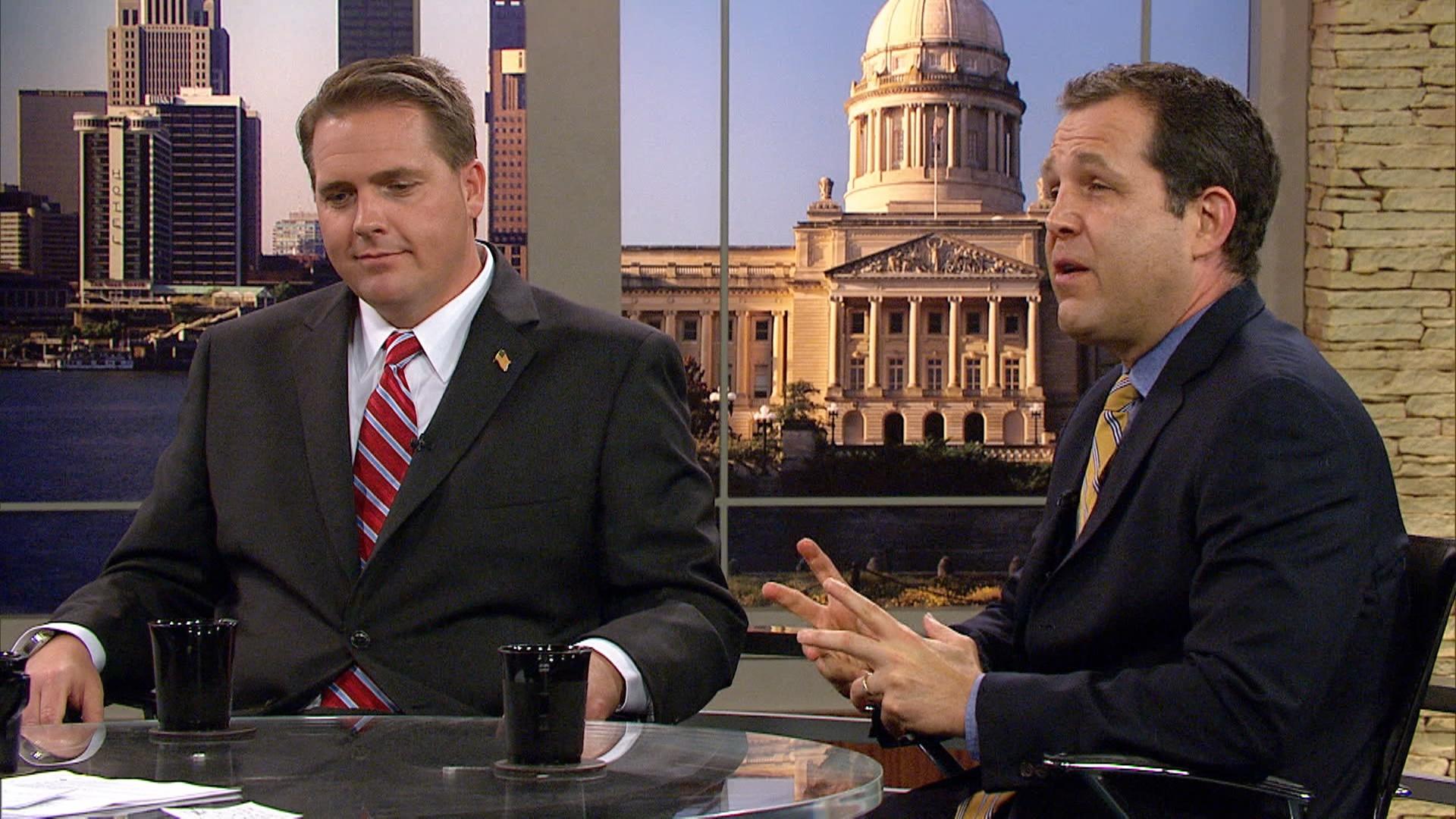