In 1972 Barney Frank decided to make his first bid for public office when he ran for a seat in the Massachusetts legislature. The 32-year old aide to Boston’s mayor was fast talking and quick witted. He was also a closeted gay man.

Frank says he very much wanted to be a lawmaker and believed he would be good at it, but he also knew he could never get elected if voters knew about his sexuality. So he pledged to himself that even if he couldn’t be open about being gay he would always advocate for homosexuals.

“The notion of being a closeted gay person who opposed gay rights, then and now, seemed to me one of the most despicable attitudes you could have,” Frank says. “I have long believed that people don’t have to come out, but the right to privacy does not carry with it the right to hypocrisy and I have no sympathy for gay people who then vote anti-gay.”

Frank went on to serve four terms in the state House of Representatives and 16 terms in the United States Congress, where he rose to serve as the chair of the powerful House Financial Services Committee during the nation’s worst financial crisis in decades. Even after publicly coming out in 1987, he continued to easily win reelection until his retirement in 2012.

The former Congressman appeared at the recent Kentucky Book Fair to promote his memoir, “Frank: A Life in Politics from the Great Society to Same-Sex Marriage.” He also spoke with KET’s Bill Goodman on One to One.

Frank grew up in Bayonne, N.J., in what he calls a good, middle class Jewish family. Although he was interested in politics, Frank says there wasn’t much opportunity to be involved in it since a corrupt political machine run by the longshoremen’s union, the Teamsters, and the mafia dominated his county. The dream of public service seemed even farther away when Frank realized at the age of 13 that he was gay.

“It was one of the worst moments ever of my life,” Frank says. “It meant to me in 1953 being a member of the most hated minority in the country at the time.”

His personal struggles helped Frank empathize with the plight of African Americans in the deep south. He says he was outraged when he read about the 1955 murder of Emmett Till, a black Chicago teenager who was beaten to death in Mississippi for whistling at a white woman. Frank says the incident was made even more heinous because neither the local police nor the federal government did anything to protect Till.

In 1964 Frank participated in the Freedom Summer voter registration campaign in Mississippi. He arrived just after the disappearance of James Chaney, Andrew Goodman, and Mickey Schwerner, who were murdered by members of the Ku Klux Klan. Realizing the dangers that he and his fellow activists faced, Frank says he felt safer in the company of blacks than he did with whites. But because of his thick northeastern accent and his rapid-fire speaking style, Frank says he was relegated to office work because no one in Mississippi could understand him.

Rising Through the Political Ranks
Three years later Frank finally got his shot at politics as chief of staff to then-Boston Mayor Kevin White. Frank says his mother was proud of his new job, but declined to tell any of her New Jersey neighbors about his work. He jokes that a similar job back in the political roughhouse of Bayonne would likely have led to a criminal indictment.

Local Democratic leaders tapped Frank to run for the Massachusetts House in 1972. He says his experiences being a closeted gay man and working for civil rights influenced his approach to public service.

Frank says he developed a reputation as being clumsy, overweight, and disheveled, which he parlayed in to a campaign slogan of “neatness isn’t everything.” His sexuality, though, remained a secret throughout his eight years as a state legislator. He made a successful bid for the U.S. House of Representatives in 1980, and during his fourth term in Congress publicly came out as gay.

The Roots of Discontent
Frank says the government worked well during most of his 32-year tenure in Washington. Even during the administrations of President Ronald Reagan and both presidents Bush, he says Congressional Democrats cooperated with Republicans on critical legislation. He says Democrats recognized the importance of private sector issues the GOP advanced, and fiscally conservative Republicans acknowledged that the country needed some of the federal government programs that Democrats promoted.

But that spirit of collaboration changed, according to Frank, when Barack Obama won the Oval Office in 2008 and U.S. Sen. Mitch McConnell vowed to make the Democrat a one-term president. Frank says Obama never got the same level of cooperation from Republicans that Reagan and the Bushes got from Democrats.

Frank attributes the anger that now permeates much of America to an unequal distribution of wealth. From the end of World War II through the 1970s, Frank says white men with a high school diploma could earn a good living. He says that’s no longer the case because the job market has been transformed by international trade agreements and advances in technology that require higher-skilled workers. Frank says voters hurt by those changes get even angrier when politicians and the media tell them how good the economy is even though it’s clearly not benefiting them. 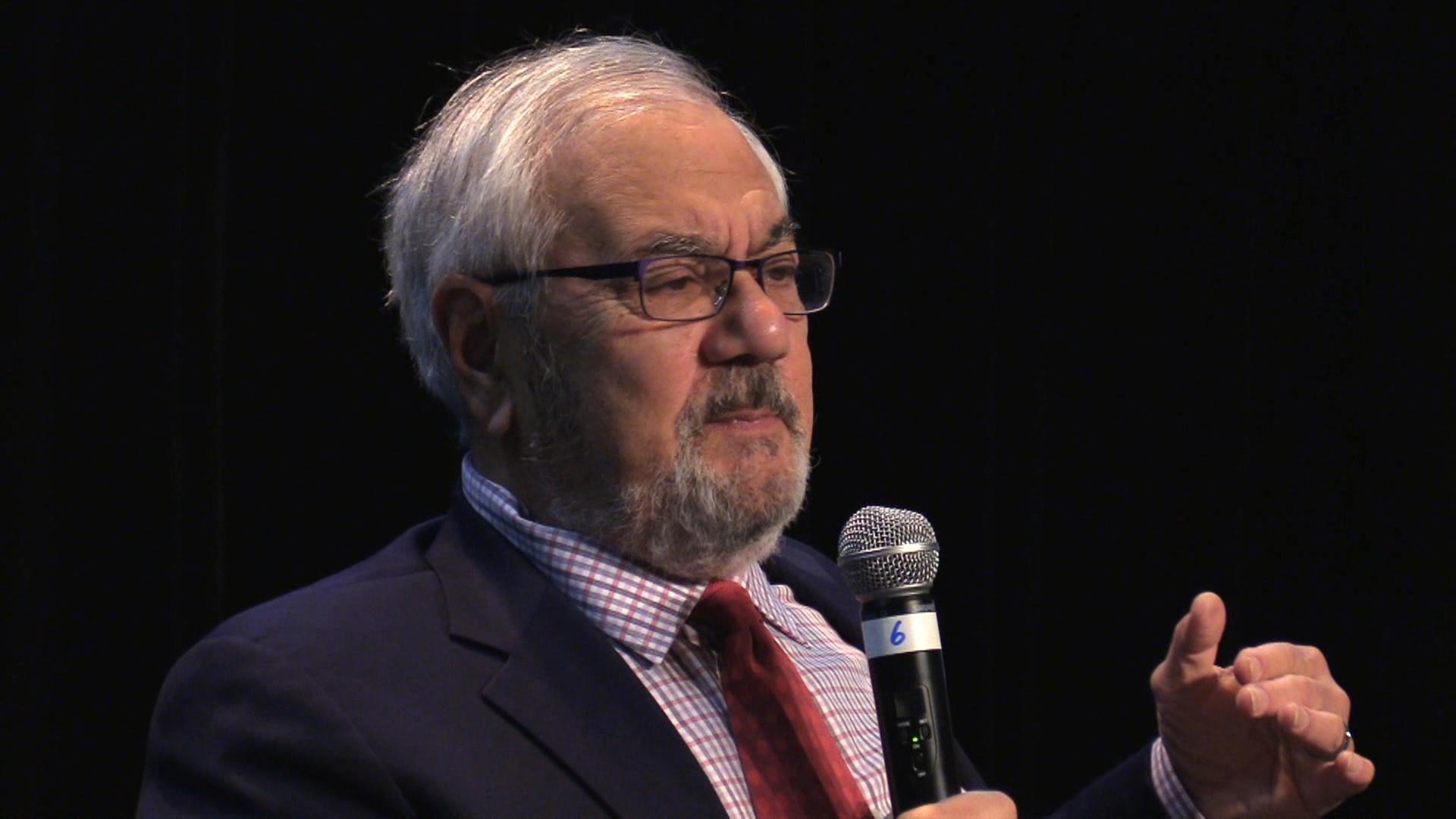