At last count fewer than 6,300 Kentuckians work in coal-related jobs, yet the industry still wields significant clout when it comes to state politics. In fact, KET political analyst Al Cross says coal will likely influence the outcome of a number of races on Tuesday’s ballot, even in districts that don’t have a history of mining.

Cross appeared on KET’s One to One to discuss this year’s elections and what to look for in voting for president, U.S. Senate, and the state House of Representatives. Then former U.S. Senate Majority Leader Tom Daschle explains why Washington politics is so broken and what he says could be done to fix it.

The Long Arm of Coal
A key Republican strategy in recent election cycles has been to tie state Democratic candidates to President Obama’s efforts to regulate coal mining and coal-fired power plants. Those policies, according to the president’s critics, have amounted to a “war on coal.”

“What it really is is a war on climate change,” Cross says. “If you’re going to fight climate change, you’ve got to be against coal because it’s the major cause of greenhouse gas pollution.”

Hillary Clinton exacerbated the coal problem for Democrats when she told a town hall forum in March that her energy policies would put “a lot of coal miners and coal companies out of business.” Cross says the comment was part of a larger discussion by Clinton about promoting renewable energy and providing assistance to displaced coal miners and struggling mining communities.

“But that comment was confirmation from her own mouth of what people in central Appalachia have been hearing for seven years now:  that Obama is out to get them,” Cross says.

In addition to helping to ensure Republican presidential nominee Donald Trump wins in the commonwealth, Obama’s policies and Clinton’s comments may also impact down-ballot races as well. Cross says Republican challengers in a number of races in eastern Kentucky are tying the Democratic incumbents to the so-called war on coal.

And the long arm of coal can also reach into the Bluegrass region. Cross says the issue helped Republican Andy Barr defeat then-Congressman Ben Chandler in 2012 even though the 6th Congressional District has few coal reserves. Mining has also come up in this year’s race between Rep. Barr and his Democratic challenger, Nancy Jo Kemper, and it’s even an issue in the 62nd House District in Owen County and parts of Fayette and Scott counties. Cross says the GOP is working to connect incumbent state Rep. Chuck Tackett (D-Georgetown) to the Obama-Clinton coal agenda.

“While voters may not have a lot of sympathy for coal companies, they do have sympathy for coal miners losing their jobs,” Cross says. “There are a lot of eastern Kentucky expatriates in the 6th Congressional District and probably in that 62nd House District.”

Handicapping Specific Races
Cross says the state House is likely to flip this year because Republicans simply have too many opportunities and advantages in their favor: a significant campaign fundraising lead over Democrats, a somewhat popular governor with a solid base of support, financial and strategic assistance from U.S. Sen. Mitch McConnell, and the coal issue. Plus, Cross says Democratic leaders like House Speaker Greg Stumbo (D-Prestonsburg) have been tied down fighting their own re-election campaigns and have not able to help with other races.

In the 6th Congressional District, Cross says he’s surprised how much incumbent Barr has attacked Kemper in his advertising, especially since the Democrat has relatively low name recognition. Cross says he thinks Barr wants to demonstrate his strength to other Kentucky Republicans in case he wants to launch a statewide candidacy at some point in the future.

Low name recognition has also hampered Democrat Jim Gray in his bid to unseat U.S. Sen. Rand Paul, according to Cross. He points to a Western Kentucky University Big Red Poll that shows 46 percent of likely voters statewide don’t know enough about the Lexington mayor to have an opinion of him. Gray also lacked the financing needed to topple a Senate incumbent. Cross says it would’ve taken $15 million to be competitive with Paul in a political environment where Republican presidential nominee Donald Trump is so popular in the state.

“Gray, to really have a good political future, needs to do better against Rand Paul than Alison Grimes did against Mitch McConnell two years ago,” Cross says.

Gray has gotten some traction with a remark he made at his joint appearance with Paul on KET last week. The Democrat criticized what he called the senator’s “wild assed ideas” about policy and government. Cross describes the comment as a “Hail Mary pass” on Gray’s part.

And in the presidential race, Cross says the odds favor Clinton nationally even though Trump still has a narrow but possible path to victory. He says Kentucky will be one of Trump’s best states, providing the Republican with eight electoral votes.

Former Democratic Leader Sees a Political Crisis
That dysfunction in Washington stems from a variety of factors, says former Senate Majority Leader Tom Daschle. The South Dakota Democrat recently spoke at the University of Kentucky. He blames the influence of money on the political process as well as the travel schedules of many legislators. He says working in Washington only one or two days a week and flying home for long weekends simply isn’t a good way to run the country.

And then there’s the rise of 24-7 news coverage and social media.

“Media used to be the referee in politics. Today it’s the participant,” Daschle says, “and moving from that referee to participant status has had a huge impact on the way we govern.”

The drive for constant access to news and newsmakers may result in more transparency but Daschle contends it’s also been harmful to the legislative process. He says it’s much harder for lawmakers to be candid with each other and negotiate thorny issues when they’re in front of television cameras rather than talking one on one behind closed doors.

“There’s too little reflection today, there’s too much emotion sometimes, and ultimately truth just becomes an option,” Daschle says. “Because truth is just an option it’s harder and harder to really sort out what to believe and what not to believe.”

Daschle says he applauds current Senate Majority Leader Mitch McConnell’s efforts to return the body to its long-established rules and customs known as “regular order.” But he says much work remains to truly get the Senate back to an atmosphere of civility and trust among its members. Daschle notes that when he and Mississippi Republican Trent Lott led their respective parties in the Senate in the 1990s and early 2000s, they maintained special direct-line telephones to each other’s offices to foster daily communication. The two former senators have written about their views on the polarization in Washington in the new book, “Crisis Point.”

Whoever is elected the next president, Daschle says he hopes he or she will find a way to better engage and collaborate with Congress. He suggests that the new president invite congressional leaders of both parties to Camp David to hash out a legislative agenda for the year. Daschle says the country would appreciate seeing the executive and legislative branches agreeing on four policy issues that Congress could pass in the first six months of the year. 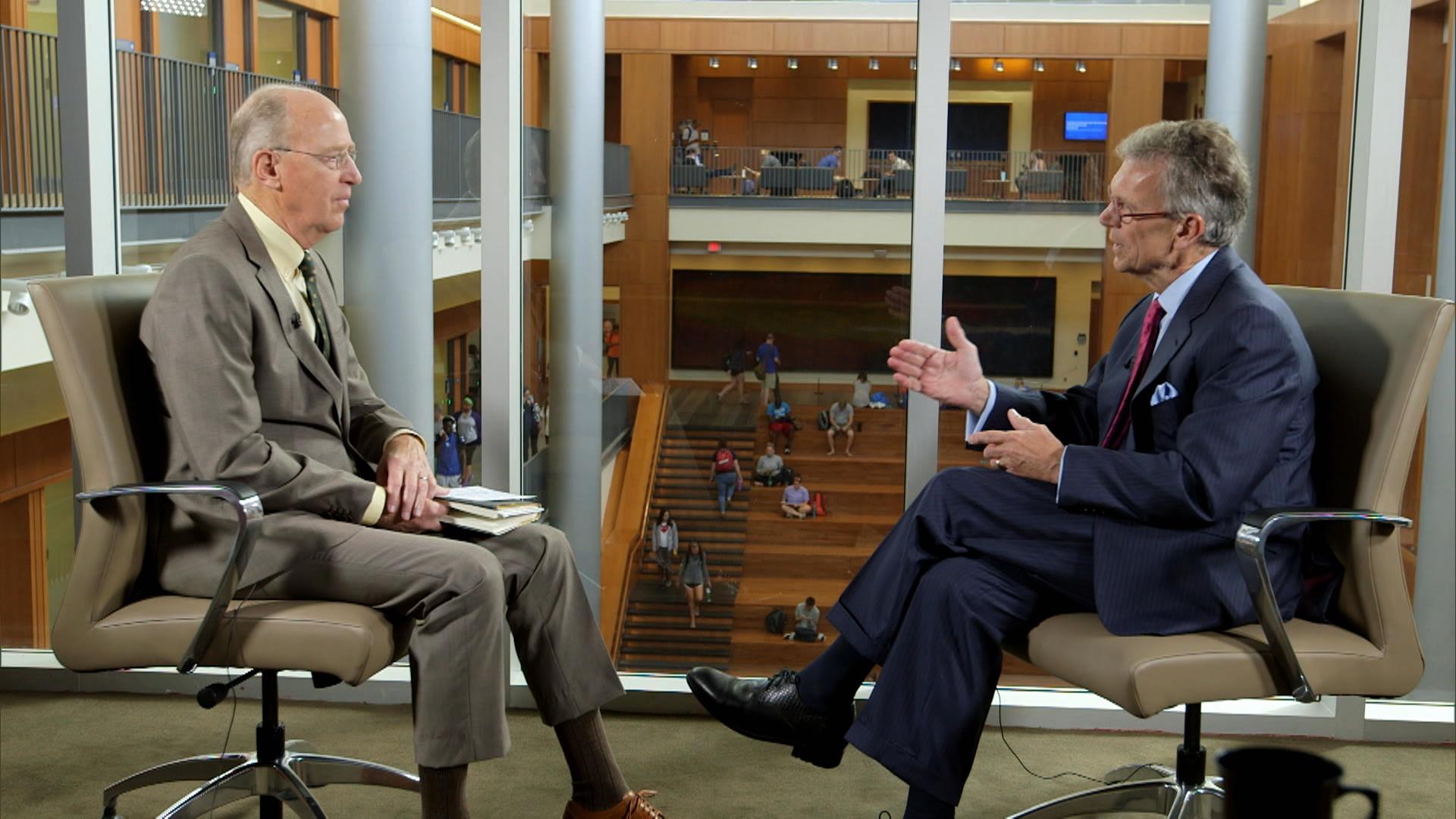