Bill speaks with Governor Steve Beshear about the upcoming 2015 legislative session and his legacy as governor.
S10 E1 Length 28:41 Premiere: 12.26.14

Governor Prepares for His Final Year in Office

Steve Beshear recalls his first few months as governor of Kentucky as “not a fun time.” Within weeks of his inauguration in December 2007, he had to cut $240 million from the state budget just to keep it balanced. It was the first in a series of painful budget adjustments the state would face as the national economy collapsed.

But these days, the economic outlook for the commonwealth is much brighter, according to Beshear. The governor joined KET’s Bill Goodman on One to One to discuss his accomplishments and outline some priorities for his final year in office.

Signs of Economic Recovery
Beshear says the state saw a record $3.7 billion in business investment during 2014, which resulted in the creation of 15,000 new jobs. That helped push Kentucky’s unemployment rate down to about 6 percent – the lowest rate in six years, and down from 11 percent at the peak of the recession.

The governor also touts that the commonwealth has set export records for each of the past three years. Economic development reports show Kentucky exported about $25 billion in goods and services to some 200 countries in 2013. The bourbon industry is among the bright spots in the state’s manufacturing sector. Beshear says the number of distilleries in Kentucky has tripled in the last two years.

Beshear hopes to spur future business growth with the expansion of high-speed broadband Internet around the state. His administration recently announced a contract for laying 3,000 miles of fiber cable to create the backbone for that service. The rollout will start in eastern Kentucky under the auspices of the Shaping Our Appalachian Region initiative that Beshear and Congressman Hal Rogers launched in 2013.

“That’s just a basic part of infrastructure anymore,” Beshear says. “You go ask any business and they say, ‘If I don’t have high-speed broadband, I can’t locate there.’ It’s just like having a road or a bridge or running water.”

Improving the Health of Kentuckians
A signature achievement for the Beshear administration has been the success of the state health exchange under the Affordable Care Act (ACA). More than 520,000 people signed up for health insurance or Medicaid coverage in the first year of Kynect. Beshear says another 100,000 have signed up so far in the current enrollment period.

The governor contends the commonwealth should have no problem paying its share of the expanded Medicaid coverage. By 2020, Kentucky and the other states that expanded Medicaid will have to pay 10 percent of that tab. Beshear says the ACA is projected to put $15 billion and 17,000 new jobs into the state economy. And though the ACA proved politically unpopular, Beshear says the legislation has given Kentuckians a historic chance to improve their health outcomes.

“It’s a matter of priorities,” Beshear argues. “Where better to spend the state’s money than to get a healthy population, a healthy workforce.”

Legislative Priorities for 2015
Fresh off his executive order to ban tobacco use on state government properties around Kentucky, Beshear says it’s time for the General Assembly to pass a comprehensive smoke-free law. The governor says he also hopes to see bipartisan legislation to address the heroin epidemic. He says there were 23 heroin overdose deaths in the state in 2011. Just two years later, that number jumped to 240.

Another priority for Beshear is legislation to protect individuals in non-marital relationships from abuse. He says Kentucky is about the only state in the union that doesn’t offer protections against date-related violence.

Note: This episode is part of a series of special episodes of One to One with Bill Goodman featuring in-depth interviews with Beshear and Kentucky’s top legislative leaders, offering insight into their goals and objectives for the 2015 legislative session. Scheduled to appear next on One to One are: 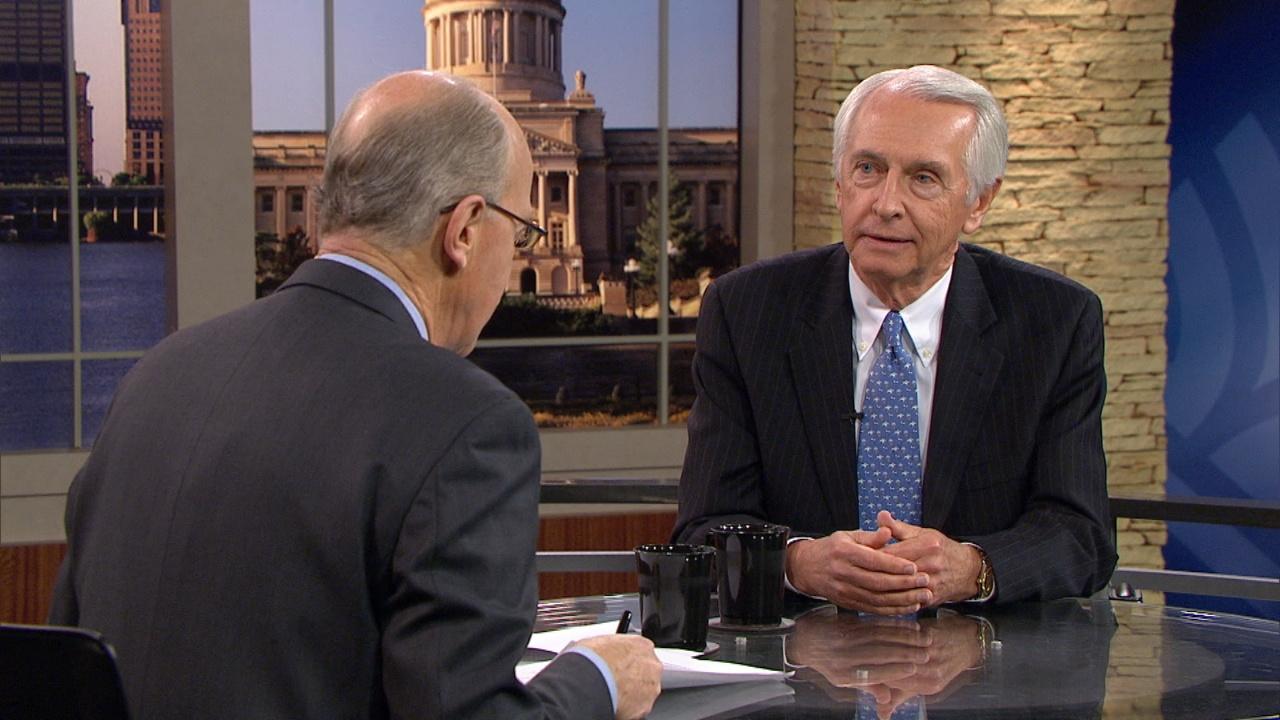