When multiple polls showed that this year’s race for governor was essentially tied or that Democrat Jack Conway was slightly ahead, Matt Bevin knew better.

The Republican had spent much of the last two years traveling 95,000 miles around the state, campaigning first for the U.S. Senate and then for governor. In doing so, Bevin says he discovered the true pulse of Kentuckians in ways that no telephone surveys could reveal.

“I was listening to the people themselves, hearing their concerns, hearing their excitement, [and] understanding the latent, pent-up demand for something different,” Bevin says. “So it was clear to me that we were going to win.”

Now as governor-elect, Bevin and his transition team are preparing the first Republican administration to oversee the commonwealth in eight years. He appeared on KET’s One to One with Bill Goodman to discuss his victory and his plans for governing.

Transition Process Started Early
Bevin says his nearly 85,000-vote win doesn’t represent a mandate so much as it is a “cry for help” from citizens who desperately want to be heard by their elected leaders. But he realizes there are still many Kentuckians skeptical of his credentials and his policy plans.

“What I would tell folks is be patient, watch, and see what we do,” says Bevin. “My intent is to govern well for the people of Kentucky, regardless of their party, for Republicans and Democrats and independents alike. I intend to govern for all of us.”

His preparations for governing started well before the votes were counted on Election Day. Bevin says a small transition team held weekly meetings for several months to lay the groundwork should the Republican win the governor’s office. He says a larger team is now meeting daily to make sure the administration will be ready to take office on December 8.

The transition team is taking applications at bevintransition.com for the 800 or more jobs that will be available in the Bevin administration. But the Republican says he may hire fewer people if the work can be accomplished with less staff. He says he wants applicants who are committed to public service, have high integrity and good character, and are competent.

“I’m not looking to hand out favors to people,” Bevin says. “I’m looking to do as much as we possibly can, with as little of the taxpayers’ money as is necessary, and to do it with people of the kind of character that are going to make Kentucky the greatest version of itself in the years ahead.”

Pensions, Schools, and Health Care
Bevin’s team will face a number of hard realities when he takes office in less than a month. They’ll have to quickly prepare a new biennial budget for the commonwealth that begins to address the billions in unfunded liabilities in the state employee and teacher retirement systems.

“Everybody wants to assume that there’s some previously undiscovered magic pot of money, a dedicated revenue source,” Bevin says. “It doesn’t work that way.”

Instead Bevin says finding money for the pensions will have to come from across-the-board belt-tightening and eliminating waste in government agency budgets. He also wants to sell excess state inventory and property, and generate income by leasing highway rest stops and weigh stations to private companies that will operate gas or food service businesses there.

As for public education, Bevin says he will push for charter schools, and for outcomes-based funding for colleges and universities. He also wants to bring new energy and attention to vocational training opportunities within the Kentucky Community and Technical College System.

Bevin declined to reveal any specific plans for Kynect, the state health exchange, or the Medicaid system that Gov. Beshear expanded to include people at 138 percent of the federal poverty rate. During the campaign Bevin said he doubted the state could afford the programs and pledged to abolish Kynect and revamp the Medicaid program. He now says he understands such decisions will affect Kentucky families and that he’s empathetic with the plight of those who lack good health insurance.

“What I want to do is ensure that we take care of people to the best degree that we can, everybody in Kentucky,” says Bevin. “But at the end of the day, we’re only able to do that if we can afford to actually do what we’re committing to. If we promise something to somebody and we don’t have the ability to pay for it, we’re lying to them. … That, to me, is wrong.”

Staying Grounded While in High Office
After traveling those 95,000 miles around the commonwealth, Bevin says he is energized by the people he has met and by the sights and smells of the Kentucky landscape. He says the process of campaigning affirmed in him a desire to be a public servant.

“This is something that I feel that I’m being obedient to – that this is a task before me that I’m supposed to be doing to the best of my ability,” Bevin says.

Bevin says being a husband and a father grounds him. He says he and his wife, Glenna, will work hard to protect the innocence and joy of their nine children as they enter public life. He says the experience is already providing teachable moments for his kids.

And should he need any further grounding during his time as the state’s highest public official, Bevin can always turn to his mother. His parents attended the election-night party in Louisville, and at the height of the victory celebration Bevin’s mother reminded the governor-elect of his humble beginnings on a New Hampshire farm.

“She looked at me [and] said, ‘I liked it better when you were the president of the 4-H Club,’” Bevin says with a laugh. “I think she meant that in a good way.” 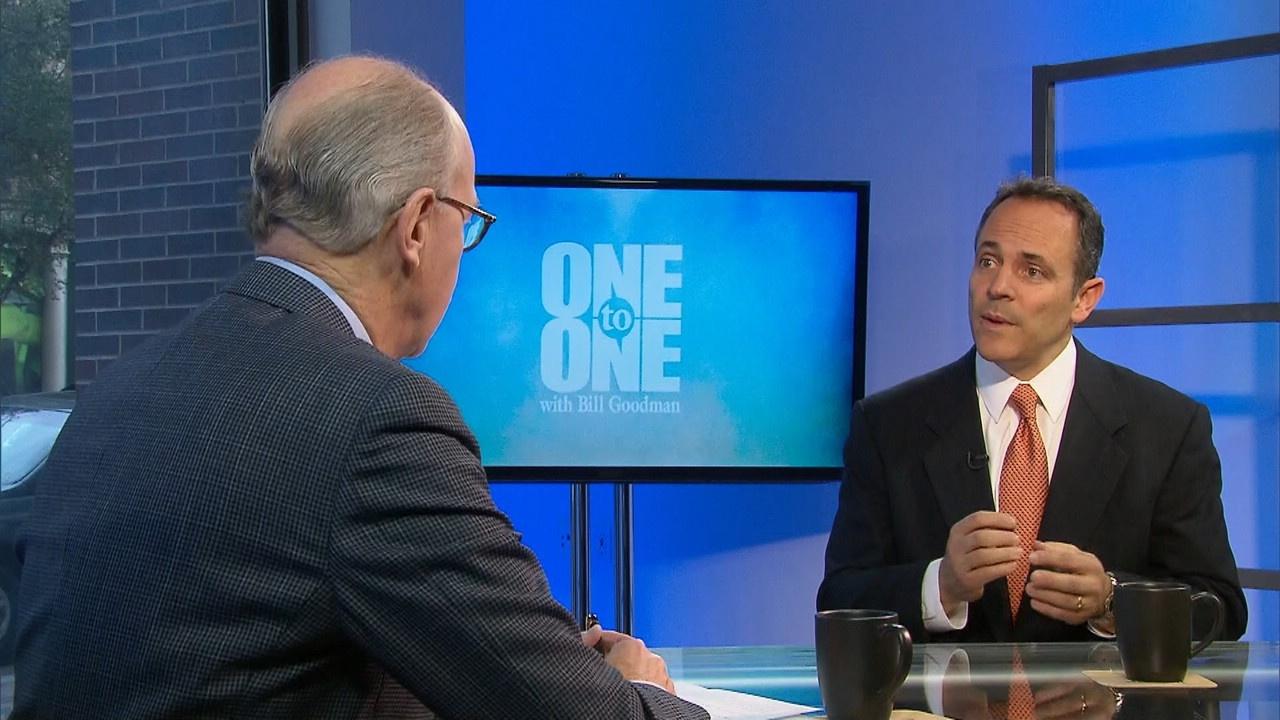