Republican gubernatorial candidate Hal Heiner says job creation is the most important issue for the state, and as governor, he pledges to put Kentucky among the top 10 states in job attraction within his first two years in office.

The businessman and former Louisville Metro councilman talked about his life and policy positions on this weekend’s edition of One to One with Bill Goodman.

Heiner has lived in Kentucky since he was a teenager, and is a graduate of Louisville’s Atherton High School and the University of Louisville. He worked as a civil engineer doing mine reclamation projects in eastern Kentucky, as well as road, water, and sewer projects across the state. In 1997 Heiner formed Capstone Realty to develop high-end business and light industrial parks. He served as Louisville councilman from 2003 to 2010, and lost a campaign for mayor of the city in 2010.

Heiner announced his bid for the GOP nomination for Kentucky’s governor in early March. His running mate is K.C. Crosbie, a former Lexington-Fayette Urban County Government councilwoman who has also held positions with the state Republican Party and the Republican National Committee.

Jobs and Economic Development
Despite falling behind some neighboring states in job creation, Heiner says Kentucky has significant advantages over those states, including low-cost electrical power, a central location, and transportation infrastructure. Those features attract companies to consider the commonwealth, Heiner contends, but then other factors dissuade them from locating here. He blames inefficient state government, an outdated tax system, and a lack of a right-to-work law for hindering economic development in Kentucky.

“It’s time to address these issues that will make us competitive, not just for business’s sake, but for families’ sake – to pull families back together,” Heiner contends. “I’ve heard from family after family, [their] children are finishing their education and they’re having to find an opportunity somewhere else.”

When looking for options for new job growth, Heiner points to manufacturing and health sciences and medical research as the sectors he believes hold the greatest potential for the commonwealth.

Taxes
From corporate to personal income taxes, Heiner says the state must have comprehensive tax reform. He wonders why the commonwealth doesn’t follow other localities that have reduced or eliminated income taxes.

Heiner contends the state tax system is also flawed in that deductions allowed under the current codes amount to more money than the system actually collects. And he says Kentucky’s inventory taxes dissuade businesses from bringing their goods to the state. Ultimately, though, Heiner argues that additional revenues generated by job growth will enable Kentucky to lower all its tax rates.

Education
Heiner has long advocated for charter schools, and has led two organizations that have promoted legislation to allow them in the commonwealth. He contends that offering parents a choice in where to send their children to school will help improve the quality of education and make students better prepared for colleges or careers.

On the Common Core curriculum standards for math and English, Heiner says he would “put them on a shelf.” Instead he prefers Kentucky to have its own curricula and testing standards that are as rigorous as Common Core, if not more so. He believes students should be judged on their success after completing their education.

Health Care
Heiner says he wants people of Kentucky to have insurance and quality health care, but he’s disappointed that Gov. Steve Beshear didn’t explore more options before instituting the state health exchange Kynect. Heiner says Kentucky should focus more on incentives for people to improve their own health, rather than simply providing care after they’re sick.

He also fears that Kynect will hurt some hospitals because of the increase in patients on Medicaid. Heiner says hospitals receive full reimbursement of costs for patients with private insurance, but only 70 percent of costs for those covered by Medicaid. He says hospitals in rural areas won’t be able to make up that difference in lost revenue with increased patient volume, so some facilities may wind up closing.

On a smoking ban, Heiner says that issue should be left up to individual communities and not enacted on a state-wide basis. He contends that state government should instead focus on education, infrastructure, and public safety.

Coal and Energy
When asked about the subject of coal, Heiner references his experience working on mine reclamation projects in Letcher County in the 1980s. He says the commonwealth is blessed with this abundant resource and that it’s important to protect the industry as well as coal-fired power plants from federal regulations. Heiner claims it can take up to five years for mining companies necessary permits.

“I believe we need a governor that’s going to push back on state’s rights issues when it comes to permitting, especially for items that take place within the state,” Heiner says. 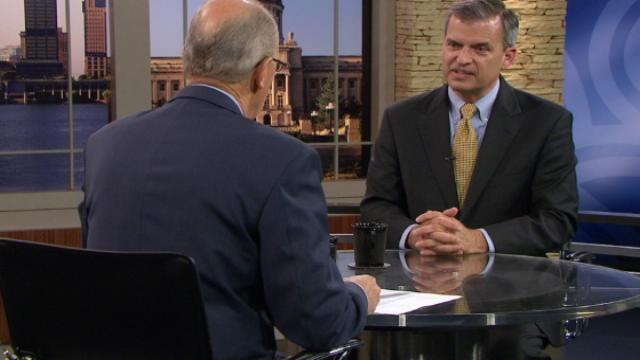