In 2014, more than 28,000 Americans died from opioid-related overdoses. Nearly 1,100 of those individuals were Kentuckians.

“How do we save lives once people are addicted so that they have a chance to recover?” President Barack Obama asked a recent summit on heroin and prescription drug abuse. “It doesn’t do us much good to talk about recovery after folks are dead.”

Yet addiction specialists contend a number of challenges ranging from health care practices to criminal justice policies are hampering an effective response to the growing drug crisis. They joined the president and other government officials as well as health professionals to discuss those issues at the March summit presented by Operation UNITE, a Kentucky-based non-profit that works to eliminate illegal drug use.

KET’s One to One presented highlights of a March 29 panel discussion from the event that featured President Obama and Baltimore City Health Commissioner Dr. Leana Wen.

Changing Minds on Addiction Treatment
The president says one of his goals for the Affordable Care Act was to create parity in how health insurance companies and providers treat those with an addiction or mental health problem. He says those cases should receive the same approach to treatment that any other medical conditions would. Obama adds that parity is good for business because it will lead to a more productive workforce and lower health insurance costs for employers.

But during her time as an emergency room physician, Commissioner Wen says parity was hard to find. She recounts the story of a patient who became addicted to pain pills following a back injury. After several visits to the ER to plead for help, Wen says her staff was finally able to get the patient into treatment, but the first available appointment wasn’t for two weeks. Wen says the woman returned to the ER later that same day with a drug overdose and doctors were unable to revive her.

“What so many of our patients need is addiction treatment at the time that they’re requesting it,” says Wen. “To someone who has a heart attack, we never say, ‘Go home and if you haven’t died in three weeks, come back and get treated.’”

Even if someone has overdosed on an opioid, their death can still be prevented if the overdose is caught in time. Overdose reversal drugs like Naloxone are now more widely available to first responders and even the general public as a result of recently enacted laws. Yet some doctors, law enforcement officials, and policymakers oppose the use of Naloxone because they contend it will simply allow more people to use drugs without the fear of overdosing.

Wen challenges that assumption by saying that doctors don’t refuse to give patients with a peanut allergy an epinephrine auto-injector on the assumption that denying the medicine will allow the person to eat more peanuts.

Similar criticisms have been made against needle-exchange programs. Proponents say such initiatives help get people into treatment and decrease the exchange of blood-borne diseases among intravenous drug users. Opponents argue that needle exchanges promote substance abuse. Obama says he hope federal efforts can help change those misconceptions.

“The good news is that we base our guidance and our policy on science,” Obama says. “When you look at the science, there’s no evidence that because of a syringe-exchange program or Naloxone, that that is thereby an incentive for people to get addicted to drugs. That’s not the dynamic that’s taking place.”

Improving Access to Services
Access to addiction treatment programs and mental health services is also an issue. Obama says patients who can’t easily get to a clinic may begin to feel isolated and resort to self-medicating as a way of dealing with their problem.

“You’ve got to have a relationship with a wellness system, and the problem is there’s still a lot of gaps, especially in rural communities where that does not exist,” Obama says.

The president applauds the work of faith-based groups and non-profit organizations to provide drug addiction treatment programs, but he says the government must play a part as well. He says he wants every county in America to have resources to provide a basic level of treatment for those who need it.

The president and Commissioner Wen also argue for new approaches in the criminal justice system.

“We need to recognize that addiction is a disease,” Wen says. “If we treat addiction like a crime, then we’re doing something that’s not scientific, that’s inhuman, and it’s frankly ineffective.”

Wen and Obama advocate for providing more prison-based treatment options for people with addiction who are incarcerated, as well as greater life-skills training and support services once those individuals are released. The president says without more of those opportunities, those with addiction are more likely to re-offend. With those programs, he says recidivism rates will be lower and states will save on prison costs.

“It is so much more expensive for us not to make these front-end investments because we end up with jails full of folks who can’t function when they get out,” Obama says. “It’s just smarter for us to do the right thing on the front end.”

This video is a KET production, funded in part by the Foundation for a Healthy Kentucky. 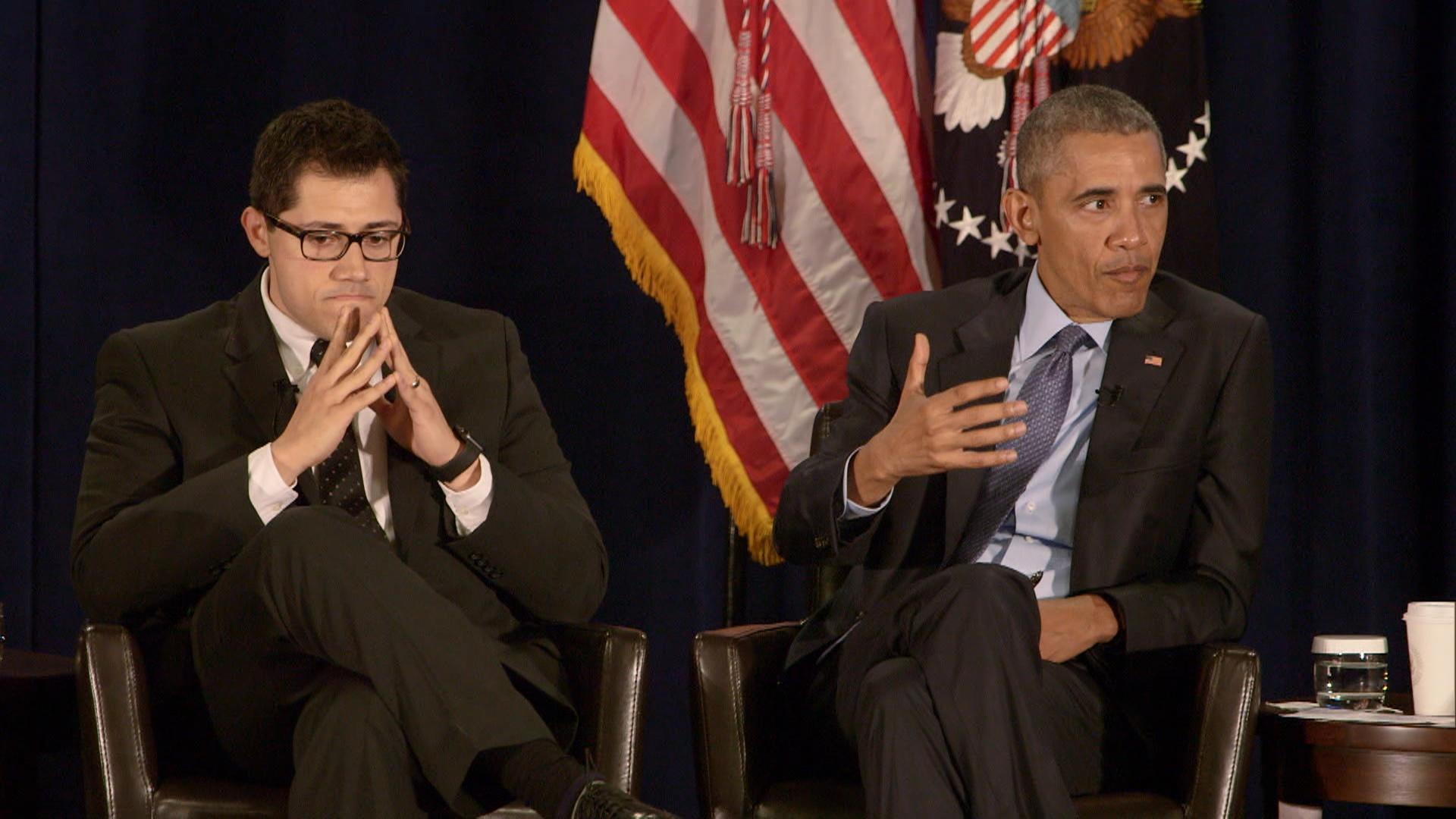