Jack Conway says the moment that changed his life came in 1995 when he got an offer to work on Paul Patton’s gubernatorial campaign. At the time, Conway was a 26-year old graduate of George Washington University Law School, and he was considering a clerkship with a federal judge in the nation’s capital.

Instead, Conway returned home to Kentucky, launched his career in politics as legal counsel to the Patton Administration, and found a crucial mentor in Crit Luallen, then a top aide to the governor. Conway also met his future wife, who also worked for Patton.

On this weekend’s edition of One to One, Bill Goodman talked with the current state Attorney General about his life and his bid for the Democratic nomination to be Kentucky’s next governor.

Western Kentucky Roots
Although he was raised in Louisville, Conway has fond childhood memories of frequent weekend visits to his fraternal grandfather’s farm in rural Union County and to his parent’s cabin on Nolin Lake. He says those trips gave him a strong sense of how different western Kentucky is from urban Jefferson County.

Conway graduated from Louisville’s St. Xavier High School and Duke University (before Christian Laettner’s infamous basket against the University of Kentucky Wildcats, he’s quick to point out). He then moved to Washington for law school.

After six years with Gov. Patton, Conway worked in private practice in Louisville. He made two unsuccessful bids for federal office, losing the 3rd District Congressional race to Anne Northup in 2002, and to Rand Paul in the 2010 U.S. Senate race. Between those campaigns, Conway was elected as Kentucky’s Attorney General in 2007.

Governor’s Job a Better Fit
Conway acknowledges he’s more comfortable running for governor than he was campaigning for the Senate four years ago. From his years in Frankfort, Conway says he knows and understands the job of governor.

“Those Senate races can get so big,” Conway explains. “Being governor is a completely different animal. You set the agenda, you tell people your vision for the state… and what your priorities will be.”

Conway says Kentuckians want their governor to be like a “big county Judge-Executive” – someone who visits their communities, has productive relationships with their local leaders, and knows the best way to create jobs in their area.

If elected, Conway would be the youngest governor to take office since Wallace Wilkinson in 1987. He says that generational shift would influence how he conducts state business, including being more involved with the structure and management of executive branch cabinets.

Taxes and the Gambling Question
In general, Conway says Kentucky’s tax code should be updated so the state can be more competitive with its neighbors and so that public revenues rise as the economy grows. He stresses that he doesn’t want a broad-based tax increase, but says some services may need to be taxed while other rates may go down.

“Part of what we’re talking about when we talk about tax modernization is perhaps cutting the corporate income tax rate,” says Conway, “but cut it in exchange for actually collecting it.”

On expanded gaming, Conway concedes Kentucky is about 10 years behind the curve on resolving the issue. He does favor allowing citizens to vote on more gambling – if research shows that it would financially benefit the state.

“The lottery is a very big enterprise. Pari-mutuel wagering in this state [is] three-quarters of a billion dollars a year. Charitable gaming [is] about the same size,” Conway explains. “We have gaming in this state, we have all the social ills of gaming, but none of the revenue benefits.”

Economic Development
To boost job creation in the commonwealth, Conway wants to create a tax incentive program to get companies to locate within a five-mile radius of a college or university. He sees that as a way of fostering development of intellectual capital in the state.

Another business development tool Conway proposes is to make the state an equal partner in training the workforces that specific companies may need in order to locate in the commonwealth. He also says he’s made tackling prescription drug abuse a high priority during his time as attorney general because he sees that as another issue hindering efforts to provide a quality workforce for prospective employers.

Coal and Energy Policy
After the Environmental Protection Agency proposed new greenhouse gas reductions for existing power plants in early June, Conway joined attorneys general from 11 other states in a lawsuit challenging the agency’s jurisdiction to mandate such changes. (He proclaims pride in being the only Democrat among that group.) Conway says he’s concerned that power plants may proceed with expensive upgrades that may not be necessary if the EPA doesn’t have legal authority to control carbon dioxide coming from existing generating stations.

He acknowledges that climate change is a serious issue, but Conway says that the proposed federal regulations don’t offer states enough flexibility to address greenhouse gases, and they could harm more than the Kentucky’s declining coal industry. He contends the less-expensive coal-generated electricity available in the commonwealth is a significant factor in maintaining the state’s manufacturing base. 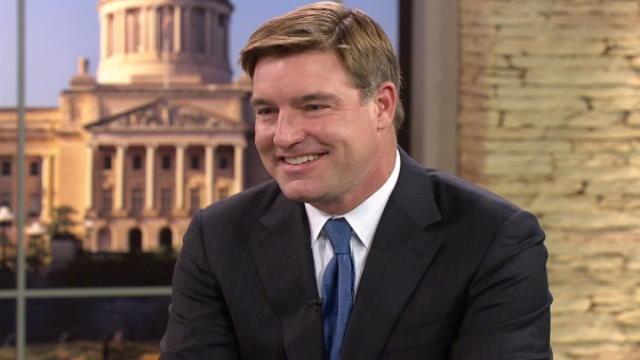