A Look at College in America

Whether it’s wealthy students attending an elite university, or first generation students enrolled at a local community college, the higher education experience is an exhilarating and fantastic voyage, according to John Thelin. And he says college campuses are some of America’s most exciting institutions.

Thelin is a University of Kentucky research professor and member of the school’s Educational Policy Studies Department. He joined Bill Goodman on One to One to discuss his fascination with academia and its place in our nation. Thelin is the author of “A History of American Higher Education” and the companion text, “Essential Documents in the History of American Higher Education.”

The Evolution of Colleges and Universities
Thelin says higher education has made news from the earliest days of this country. Even going back to the 17th century, when colleges were limited to privileged, white men, Thelin says academia was part of the public conversation over who could attend the schools, how much tuitions cost, courses offered, and even the role of athletics.

It’s only in the past 100 years or so that access to higher education has opened to women, minorities, and other social classes, according to Thelin. He says colleges and universities have generally reflected the diversity represented in other civic institutions of the time.

“So higher education has been sometimes ahead, sometimes behind, but it’s always had to be aware of greater legal and social norms in American life,” Thelin says.

These days females represent a majority of undergraduates, Thelin says, and are reaching parity in graduate schools as well as medical and law schools. But he says the push to accommodate all those who aspire to a college degree still hits barriers of access and affordability for some potential students.

The Quality of Higher Education
Thelin says our system of higher education is “the marvel of the world” – but it hasn’t always been that way.

“If we go back just a century, American colleges and universities were not held in high regard,” Thelin says. “[There’s been a] wonderful transformation over many decades, and certainly within the 20th century, where our colleges and universities went from being seen as substandard compared to European institutions, to today being very, very good.”

Thelin says he is pleased to see more students getting access to college courses through online platforms. He says schools have long embraced newer technologies to reach students, dating back to the early days of radio and television as well as correspondence courses.

The Role of Sports
Thelin says the strong link between academics and athletics in the United States is unique to higher education around the world. He jokes that it’s hard to find an era when American college sports wasn’t a source of controversy. Thelin says school presidents and boards of trustees must continually discuss the right balance between academics and athletics for their particular institutions to ensure that the two are complementary, not antagonistic.

As for paying college athletes, Thelin says that debate has raged for 120 years. He argues that the solution can’t be focused on the most lucrative sports at the highest-profile institutions, but must include the full range of athletic activities at NCAA Division 1, 2, and 3 schools.

In the end though, Thelin doesn’t think college athletes will be paid because that could force schools and their athletic departments to forfeit their educational tax-exempt status. 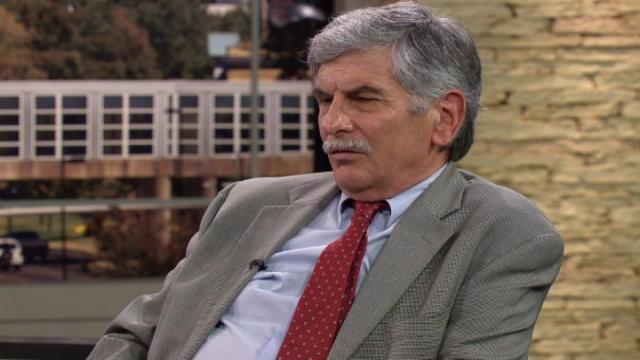