Bill speaks with Karen Mann about her debut novel, The Woman of La Mancha. Set in Spain, Mann's novel is an extraordinary tale of nobility, romance, and the rules of the church.
Season 9 Episode 24 Length 28:02 Premiere: 07/05/14

If being a woman today has its challenges, consider the lives of females in 16th century Spain: few rights, marriages arranged from birth, and violence and death lurking around every corner.

Those are the obstacles the female protagonist Luscinda faces in Karen Mann’s debut novel “The Woman of La Mancha.” Mann joined KET’s Bill Goodman to talk about her book on this weekend’s edition of One to One.

In Don Quixote, Miguel de Cervantes makes a fleeting reference to a farm girl he calls Luscinda. Mann takes those few lines and builds an entire back-story for the character, leading readers on an adventurous, perilous, and romantic journey through Spain during Renaissance times.

Mann grew up on an Indiana farm with a love of writing and reading. Although she majored in English in college, she didn’t get serious about her own creative writing until she got a master’s at the University of Louisville in 1988. She started working on “The Woman of La Mancha” 10 years later when a friend suggested she tell the story of Cervantes’ Dulcinea.

Hard Lives for Women
That led Mann on a six-month odyssey to research the harsh realities of life in Spain in the late 1500s, in which women and children were often treated like property.

“In some ways, I felt like in 400 years we haven’t really come that far. Although we’ve made progress, we still hear of children living in poverty and we know women are victims of domestic violence,” Mann explains. “So there was part of me that felt like we have a lot in common with that era.”

Mann says she wanted Luscinda, an abused peasant girl who’s run away from home, to learn how to be a courageous female who would fight for her own rights, honor, and freedom. She also wanted her male lead, a nobleman who falls in love with Luscinda, to experience a similar kind of personal growth despite his very different upbringing.

Helping Other Writers on Their Journey
Mann says the 14 years it took to write her novel and get it published taught her tremendous lessons about the craft. She says her second novel, “The Saved Man,” an e-book that she describes as a paranormal romance, came much faster because she learned how to hone in the most important parts of the story she wanted to tell.

In addition to her own writing, Mann is a director of the Masters of Fine Arts in Writing program at Spalding University in Louisville. She says it’s inspirational to meet and help shepherd the 150 students who enroll each session. Although making a living as a writer is difficult, Mann believes the act of writing has an intrinsic value all its own.

“It’s a wonderful thing to feed your soul, and that’s why I think people should do it,” Mann says. 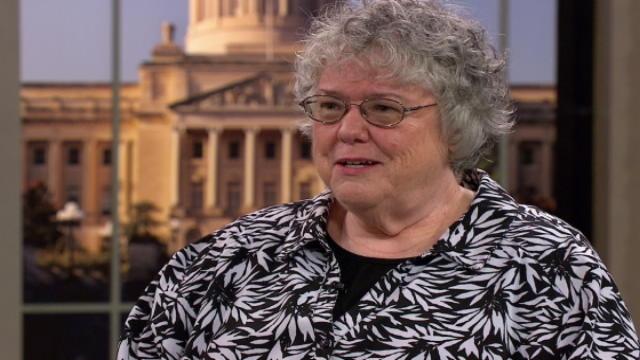