Bill and his guests Matthew La Rocco, Harm Reduction and Community Outreach Specialist at Louisville Metro Public Health and Wellness, and Arlene Rice, founder of the Kentucky Harm Reduction Coalition, discuss the opioid epidemic and how one program is tackling the problem. Part of KET's ongoing Inside Opioid Addiction initiative funded in part by the Foundation for a Healthy Kentucky.
Season 11 Episode 46 Length 28:21 Premiere: 12/18/16

When Metro Louisville public health officials organized the city’s syringe exchange program, they budgeted for 500 intravenous drug users to participate in the first year of the initiative.

It turns out they wildly underestimated the demand for clean needles and other supplies among those with addiction problems.

More than 3,500 people used the program in its first 12 months, and another 2,000 have availed themselves of the services in the succeeding five months, says Matthew La Rocco, Harm Reduction and Community Outreach specialist at the city’s Department of Public Health and Wellness. La Rocco says the majority of his clients come to the program by word of mouth and referrals from within the community.

“Most people that come to the syringe exchange now, they know my name before they’ve even met me,” he says.

La Rocco, along with Arlene Rice, founder of the Kentucky Harm Reduction Coalition, appeared on KET’s One to One to discuss the state’s opioid epidemic and how Louisville’s needle exchange is trying to address the problem.

The Louisville program, which began in June 2015, is one of 16 needle exchanges available across the commonwealth. By reducing the use of already-used needles to inject drugs, La Rocco says the exchanges help curb the spread of blood-borne diseases, including HIV and Hepatitis C. (The U.S. Centers for Disease Control and Prevention say Kentucky leads the nation in the rate of Hepatitis C infections.) In turn, that helps reduce health care costs. La Rocco says lifetime treatments for the average HIV patient run $400,000, while care for someone with Hepatitis C can average $100,000.

“When we do syringe exchanges, we give people good education, we talk about safer injecting, [and] we provide them the materials to inject safely with,” says La Rocco. “What we see is a decrease in the costs associated with those types of diseases.”

Another benefit is that individuals who participate in needle exchanges are five times more likely to seek treatment for their addiction, says La Rocco.

He attributes the early success of Louisville’s initiative not only to word of mouth referrals, but also to the health department’s outreach to law enforcement, parole officers, health care workers, and treatment providers. La Rocco says he’s even gotten clients referred by neonatal nurses and OB-GYNs who tell pregnant women or mothers of newborns with a substance abuse disorder that if they are going to inject drugs, they should get clean supplies from the syringe exchange.

The Stigma Against Those with an Addiction
Not everyone in the health care system is so welcoming to those with an addiction. Arlene Rice says a local hospital discriminated against her daughter when she sought treatment for a drug overdose. On another occasion when her son overdosed, Rice says the hospital revived him but then discharged him, saying they wouldn’t treat him unless he had consumed too much alcohol or Xanax. She contends a hospital would never do that to someone suffering a heart attack or diabetic episode.

“It’s like the health care system is segregated when it comes to people with addiction,” says Rice.

Rice says standards of care for people with drug problems are improving, but the fear and stigma surrounding addiction remains.

“Even society discriminates against [them]. … They are devalued in society,” Rice says. “So we try to value them, we look at them with compassion.”

Her group, the Kentucky Harm Reduction Coalition, works to reduce the negative perceptions surrounding addiction and provides training on how to administer the overdose reversal drug naloxone.

Ideas to Improve Prevention and Treatment
With their first-hand knowledge of addiction issues, Rice and La Rocco have several suggestions on how to better treat addiction in individuals and how to more effectively combat the overall drug crisis. Most drug policies focus on trying to control the available supply of narcotics, according to La Rocco. He says those efforts return only about 20 cents for every dollar spent by government agencies. But he says investments in intervention, treatment, health care access, and other activities that can stem the demand for drugs are much more successful. He says those efforts can return $7 for every dollar spent.

Rice says many drug users also struggle with access to affordable health care. She says it can be nearly impossible to get treatment if the individual is deep into their addiction, has no health insurance, and has no family or loved one who will pay for a recovery program. She praises the Comprehensive Addiction and Recovery Act signed into law earlier this year by President Barack Obama. The legislation provides for greater access to drug treatment, intervention, and prevention programs, but its implementation has yet to be fully funded by Congress.

La Rocco also calls for more support for law enforcement, health care, and social service workers who serve those with substance abuse disorders. He says those professionals can suffer from compassion fatigue and vicarious trauma from working with addicts, and they deserve more support mechanisms to help them cope with the stresses of their jobs.

“I think there’s something wrong with the institution that doesn’t recognize that these people are experiencing trauma themselves and that there needs to be a safe space for them to heal and process and deal with that trauma,” La Rocco says. 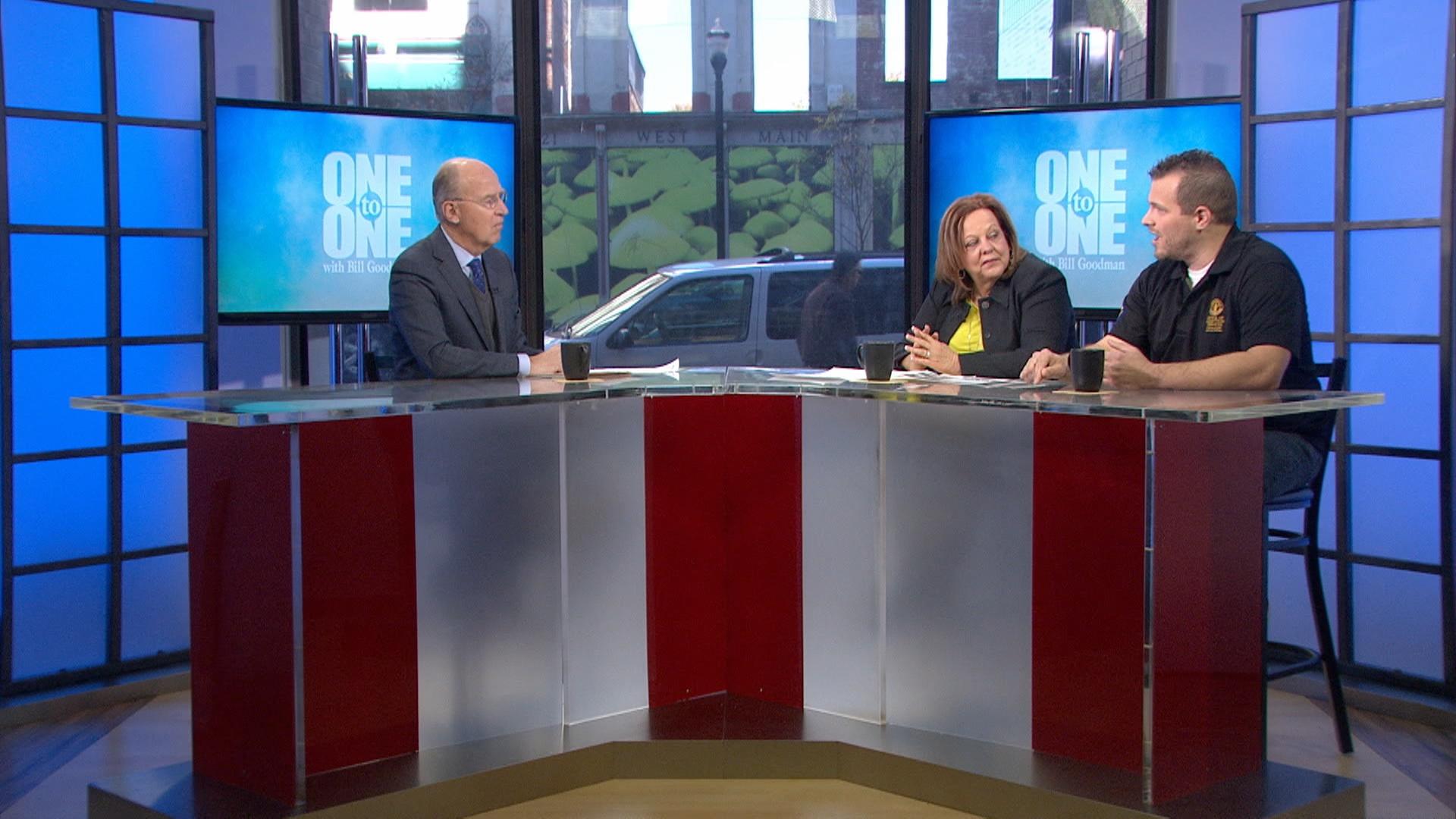