Listen to Doug Flynn talk and he might have you believing that his major league baseball career and subsequent public service work were the result of a few lucky breaks.

But don’t be fooled.

Behind Flynn’s quick smile and self-effacing, aw-shucks demeanor is a gifted athlete and a man dedicated to his native Kentucky and a number of charitable causes. He’s also the newest host of KET’s popular magazine program Kentucky Life.

Flynn shared stories of how he came to play for the Cincinnati Reds and about his work after baseball on One to One with Bill Goodman.

A Multi-Talented Ballplayer
Flynn’s first lucky break came as young student in Lexington. He was a star baseball, basketball, and football player at Bryan Station High School, yet Flynn graduated with no scholarship offers to play in college – until he got a phone call from Joe B. Hall, then an assistant basketball coach at the University of Kentucky. Hall and head coach Adolph Rupp wanted to talk with Flynn about playing basketball and baseball at UK.

The only problem was, Flynn thought the speaker was one of his buddies imitating Hall’s voice, so he hung up on the coach.

“It was one of the best learning and growing-up years of my whole life,” Flynn says of playing for Rupp. “I learned how to compete, I learned how to play with guys that were better… and how to still survive.  So I’m indebted to them for giving me a shot that one year.”

The Big Red Machine
Flynn ended up transferring to Somerset Community College, and it was there that he stumbled into his second lucky break. On a lark, he joined some friends who were going to an open tryout for the Cincinnati Reds. He had to borrow a glove and shoes just to catch a few ground balls at shortstop.

“The scout says, ‘You’re not real serious about this, are you,’” Flynn recalls.

Fortunately, the scout recognized Flynn’s talent and invited him back for another tryout. After two more auditions, Flynn signed his first professional contract for $2,500.

Flynn spent three years in the Reds farm system before getting called up to play utility infielder in 1975. The 24-year old Kentuckian and life-long Reds fan found himself in Riverfront Stadium alongside Johnny Bench, Pete Rose, Ken Griffey Sr., and others in a group that became known as the Big Red Machine.

In his rookie year with the Reds, the team won the World Series. They did it again in 1976.

Not Just a Ballplayer
But early in the 1977 season, Flynn found himself part of one of the most infamous trades in baseball. The New York Mets traded their young star pitcher Tom Seaver for four Reds players. The deal sent Flynn to play second base at Shea Stadium.

“New Yorkers, they get a bad rap as far as being fans,” Flynn says. “[But] if you kept your mouth shut, and played hard, New York loved you and they supported you.”

Flynn’s time with the Mets netted him a National League Gold Glove Award in 1980, and a shot a potential second career. During the 1981 players’ strike, Flynn spent a week touring with the Oak Ridge Boys country music quartet. Proving he was more than a talented ballplayer, Flynn impressed audiences with his singing of the Hank Williams’ classic “Hey Good Lookin’.”

Flynn remained on the diamond through the 1985 season, finishing his pro career with stints playing for the Texas Rangers, Montreal Expos, and the Detroit Tigers. But throughout his 11 years in the majors, Flynn never forgot his roots in Lexington.

“When the ball season was over, I’d head right back home, spend it with my friends, go fishing, play a little golf – [I] never had a desire to get out of Kentucky,” Flynn says.

A Love of Kentucky and its Stories
Although he later spent two years as a coach and manager for minor league teams in the Mets organization, Flynn and his wife made the commonwealth their home. He worked nine years as executive director of a state-run anti-drug awareness program called Champions Against Drugs. And he’s spent the last 18 years as a banking officer for Central Bank in Lexington.

Although his singing career got sidelined by a battle with thyroid cancer five years ago, Flynn continues to be active in a number of charitable causes. He co-hosts the Children’s Charity Classic celebrity golf tournament with former Reds teammate Johnny Bench and UK women’s basketball coach Matthew Mitchell. Flynn is also dedicated to several groups that provide support services to military veterans and their families.

“I am proud to be an American,” Flynn says. “And I’m proud of those who went out and laid it on the line so I could fulfill my dreams. Now I want to help them fulfill their dreams.”

Flynn says he’s thrilled to host Kentucky Life, but he admits to being daunted at having to succeed former host Dave Shuffett, who retired last fall. Flynn says he’s already enjoying the fun of the production process and traveling the state with the KET crew.

“I’m just a born and bred Kentucky boy that never really left,” Flynn says. “Now I get a chance to visit some spots even I haven’t seen.” 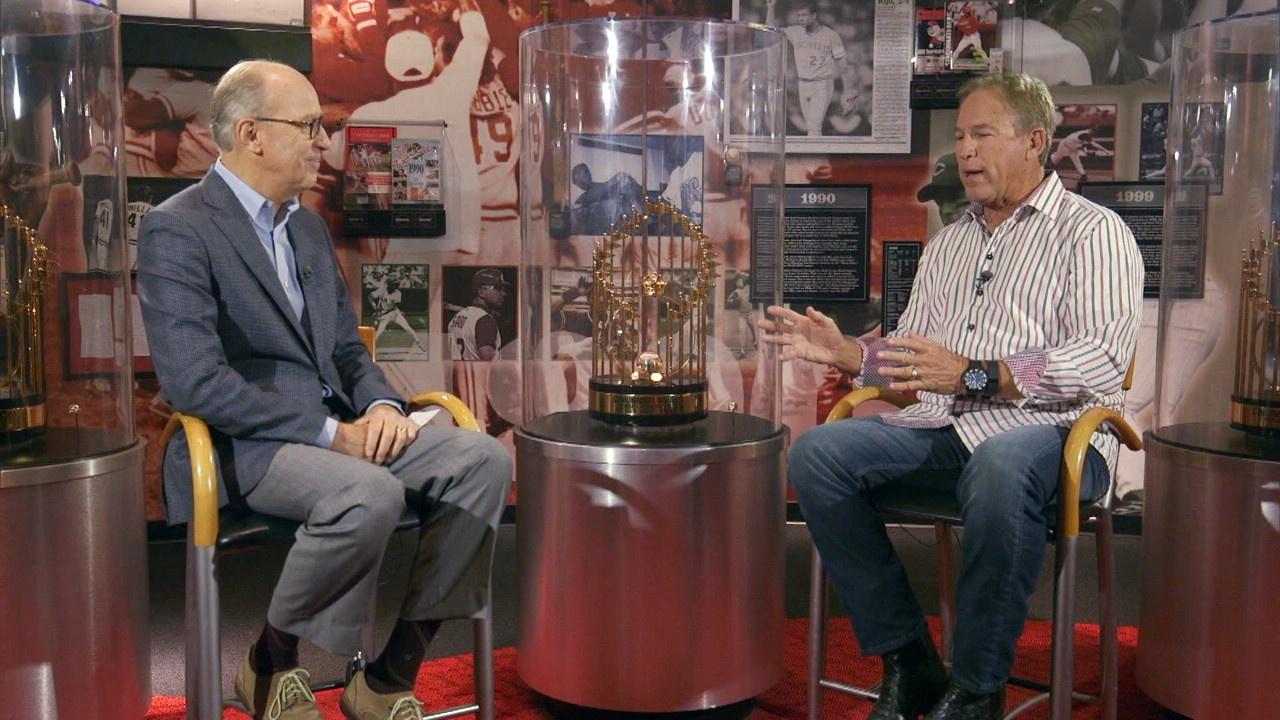