After only two years as President of the Kentucky Senate, Robert Stivers jokes that the stress of the job has taken a toll on his receding hairline. “Well, some days you have fun, some days you don’t,” Stivers says of his work in Frankfort.

But the Manchester Republican quickly returns to the serious nature of the work and says it’s an honor and privilege to serve as Senate President. Stivers joined KET’s Bill Goodman on this weekend’s edition of One to One to discuss a number of issues facing this year’s session of the General Assembly.

Republicans Expand Majority in the Senate

While the GOP failed to gain control of the Kentucky House in the 2014 elections, Republicans picked up two seats in the state Senate. Stivers now presides over a GOP majority of 26 – 11 over Democrats. (One seat is vacant following the resignation earlier this month of Sen. Walter Blevins, who won election as Rowan County Judge-Executive.)

Stivers says one of the challenges he faces is leading a caucus that is relatively inexperienced. He notes that 16 Republican senators have served less than six years in the legislature. Even his new President Pro Tem, Sen. David Givens, is just starting his sixth year in the chamber. “It’s a two-edged sword,” Stivers said. “There’s a lot to be said for institutional knowledge, but there’s also a lot to be said for youthful group coming in, bringing a lot of energy and excitement and new ideas.”

One thing that has not changed for Stivers is the Democrat occupying the governor’s office. The Republican credits Gov. Steve Beshear for his willingness to negotiate on important issues.

“Where he has committed, he has delivered,” Stivers says. “When we’ve needed to have the private discussion about how things would play out, he’s never broken any confidence. And if you’re going to move government forward and the state forward, you’re going to have to have those types of conversations and I give him a lot of credit for being able to do that.”

Both Stivers and Beshear agree something must be done to address the heroin epidemic facing the commonwealth. Stivers says, in some ways, the legislature’s successful crackdown on prescription drug abuse led to the rise of heroin addiction in the state.

“It’s cheaper [and] more accessible,” Stivers says of heroin, “and so it has left a wake of death and tragedy.”

The Senate passed a heroin bill last year, but the measure stalled in the House on the final day of the 2014 session. Stivers says he hopes both chambers can find enough common ground on four or five key provisions to pass appropriate legislation this year.

Other Issues on Stivers’ Agenda

Another issue on which the House and Senate almost agreed last year was legislation to enable individuals in dating relationships to take out emergency protective orders. Stivers says he prefers a civil mechanism for dating couples, rather than changing the definitions of domestic or family relationships.

Other items on his agenda include a bill to make it easier for AT&T and other phone companies to update the telecommunications infrastructure in the state. Stivers says he also wants to revisit legislation regarding charter schools, right to work, prevailing wage, and regulatory reform – even though he acknowledges such measures stand little chance of passing the Democratically controlled House.

And the Senate President sees more work to be done on the state employees’ pension system. He says the reforms passed by the legislature in 2013 should ensure the long-term viability of the system, as long as lawmakers approve the necessary state contributions. Stivers says legislative leaders, the governor and the state auditor are still discussing the possibility of a performance audit of the retirement programs and its managers.

While he compliments Gov. Beshear for creating “a website to promote, in effect, what was Obamacare,” Stivers says he has serious reservations about how the state will pay its share of the expanded Medicaid costs under the Affordable Care Act.

Kentucky and other states that expanded Medicaid coverage will have to pay 10 percent of those costs by the year 2020. Stivers says initial projections through 2017 had 190,000 Kentuckians signing up for Medicaid for the first time, which he says would have cost the state up to $107 million. He says actual Medicaid enrollment figures have already hit 400,000, which could ultimately cost the state between $250 to $500 million, according to Stivers.

The Republican argues that will lead to difficult choices for lawmakers. He says they could cut benefits, change the qualification rates, or by take the money from other parts of an already strapped state budget. 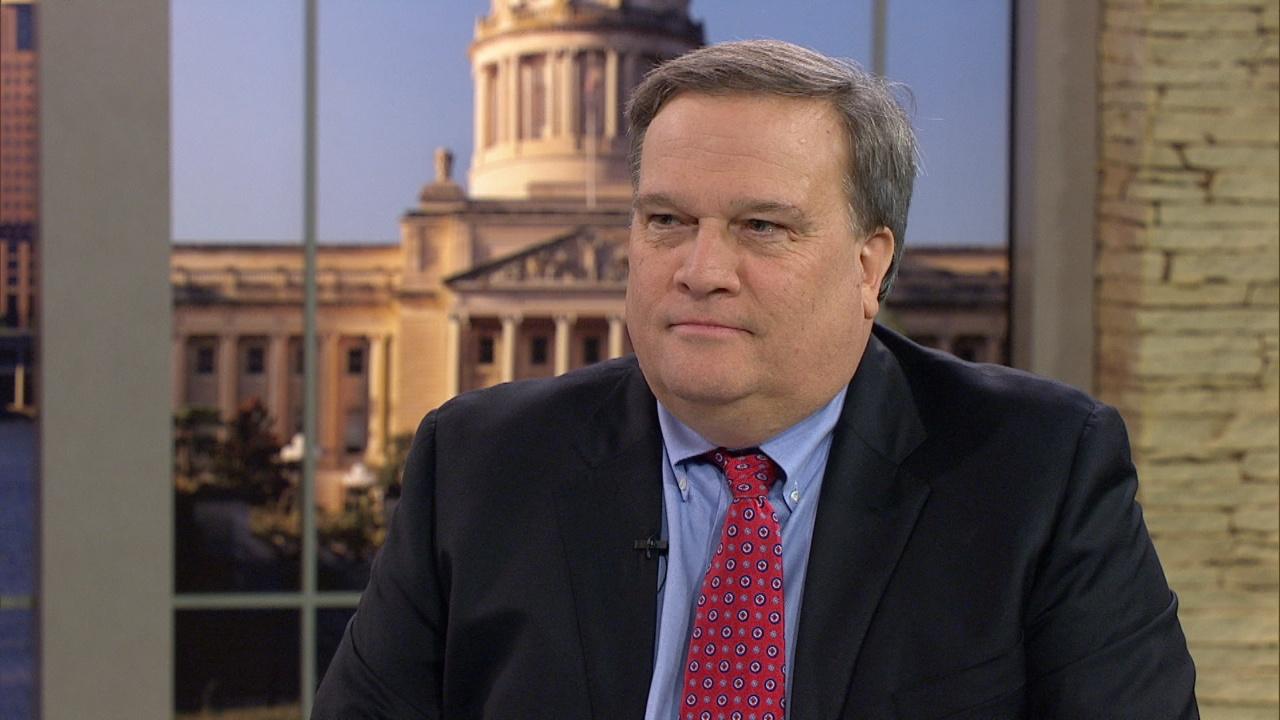