Instead of repealing the expansion, now-Gov. Matt Bevin has proposed an overhaul of the state’s Medicaid system that he says will transform the program into something that’s more financially sustainable and will promote better health outcomes. His administration is preparing an application to the federal government to request a restructuring of the system while maintaining coverage for a majority of Kentuckians currently enrolled in Medicaid.

Details of the Overhaul
The Bevin administration’s proposal, which is called Kentucky HEALTH, includes implementing premiums, work or education requirements, and provisions to enable beneficiaries to buy services that are being dropped from the currently existing Medicaid coverage. The changes would apply to those enrolled in expanded Medicaid, which covers individuals making up to 138 percent of the federal poverty level, or roughly $16,400 in 2016. They would also apply to non-disabled adults covered by traditional Medicaid.

Glisson says all Kentucky HEALTH members will be required to pay a monthly premium ranging from $1 to $15, depending on their family income. She says feedback from health care advocates inspired the decision to replace copays for services with the premiums.

“They really didn’t care for the copay system, which is currently in place for both the traditional and the expanded population… They felt that it was very difficult to budget for that,” Glisson says. “They liked the idea of the cost-sharing being more like a premium… You know what it is, it’s very budget-able, and it’s going to be less costly, likely, in the long run.”

Traditional Medicaid recipients who fail to pay their premiums won’t lose their coverage. Instead they will be shifted back to the system of copayments. Expanded Medicaid beneficiaries who fall into arrears may be kicked out of the system for six months. They can get their benefits restored sooner if they pay the back premiums they owe and their next month’s premium, and if they complete a financial or health literacy course.

“It’s a very easy way to get re-enrolled by doing something that’s proactive and constructive,” Brinkman says. “Who can fault somebody for learning more about your health or how to handle your finances?”

All able-bodied working-age adults in the program will be required to participate in some community service or work-related activities. Brinkman says members can volunteer for a church, school, or social service group, or they can take classes to improve their job skills. The initial work obligation is five hours per week, which expands to 20 hours a week after one year. (Children, pregnant women, the medically frail, or those with caregiver responsibilities are exempt from this requirement.)

Some critics of the proposal say the work requirements and premiums will erect barriers to health care coverage for Kentuckians already struggling to make ends meet. Brinkman says he believes the plan will improve health while making people more employable.

“We know that once people are engaged, they tend to grow in self-esteem [and] self-satisfaction.” Brinkman says. “That invariably leads to better lifestyles and health outcomes.”

Options for Other Services
Finally, members who complete additional community projects or take specified health classes can accrue funds into what’s called a My Rewards account. They can then use that money to purchase additional services such as vision and dental care or over-the-counter medications, which will no longer be included in the expanded Medicaid coverage plan. Glisson says members would be able to pay for any vision and dental services they need at the Medicaid rate.

Brinkman says state officials decided to drop dental and vision options for the expanded Medicaid population so that their coverage would mirror the state employees’ health plan. He says they want members to begin to think about policies commonly available in the open market so when they do get good-paying jobs and graduate from Medicaid they’ll be more familiar with commercial health insurance plans.

Bevin’s proposal maintains current coverage for mental health services and substance abuse treatment. However, Glisson says the administration is proposing a pilot project to expand addiction recovery opportunities in up to 20 counties. She says they want an exemption from federal law so that hospitals with more than 16 beds can operate residential treatment programs that last longer than 30 days.

“Many families have had to send individuals out of the state to these kinds of programs,” Glisson says. “So what it allows us to do is to open up our larger health care facilities, and they can have a residential program.”

The Waiver Process
Former Gov. Beshear enacted expanded Medicaid by executive order in 2013. The federal government funded the initial years of the expansion, but starting in 2017, the state will have to pay an increasing portion of that bill, which maxes out at 10 percent by 2020. Brinkman says that would cost the state $1.2 billion over the next five years. He contends the state can’t afford that because the expansion isn’t paying for itself, as a Deloitte Consulting study commissioned by the Beshear administration had indicated it would.

But if federal officials approve Bevin’s overhaul, Brinkman says the state would save $331 million.

“The costs will grow over the five year period, so all we’re talking about is bending the cost curve of Medicaid expansion,” Brinkman says. “There’s not actual pure cuts.”

Since announcing the administration’s proposal, state officials have traveled the commonwealth to secure public input on the plan. They held public hearings in Bowling Green, Frankfort, and Hazard, and they are accepting written comments until Friday, July 22. Glisson says they will integrate the feedback they’ve received into the formal Section 1115 Demonstration Waiver Application, and they hope to submit this application to the federal Centers for Medicare and Medicaid Services (CMS) in early August.

“This is called a waiver because we’re asking to waive certain provisions with the federal law to be able to put together a plan that is very Kentucky-specific,” Glisson says.

The Bevin Administration has consulted with the U.S. Department of Health and Human Services as they developed their waiver proposal. Brinkman acknowledges that the Kentucky plan includes provisions that CMS has rejected in the past, but he is optimistic that the state’s unique plans for implementing those ideas will pass muster with federal officials.

“We don’t have particularly good health outcomes and we’re underemployed in this state, and our waiver is designed to address those two issues, and the cost savings [will] ensue,” Brinkman says. “We’re convinced that CMS ultimately will understand that this waiver is good for Kentucky because it addresses the two issues that have been chronic in our state.”

Glisson says she hopes to receive approval from CMS for Bevin’s plan by the end of September. The governor has said that if CMS rejects Kentucky’s application that he will repeal Kentucky’s Medicaid expansion. 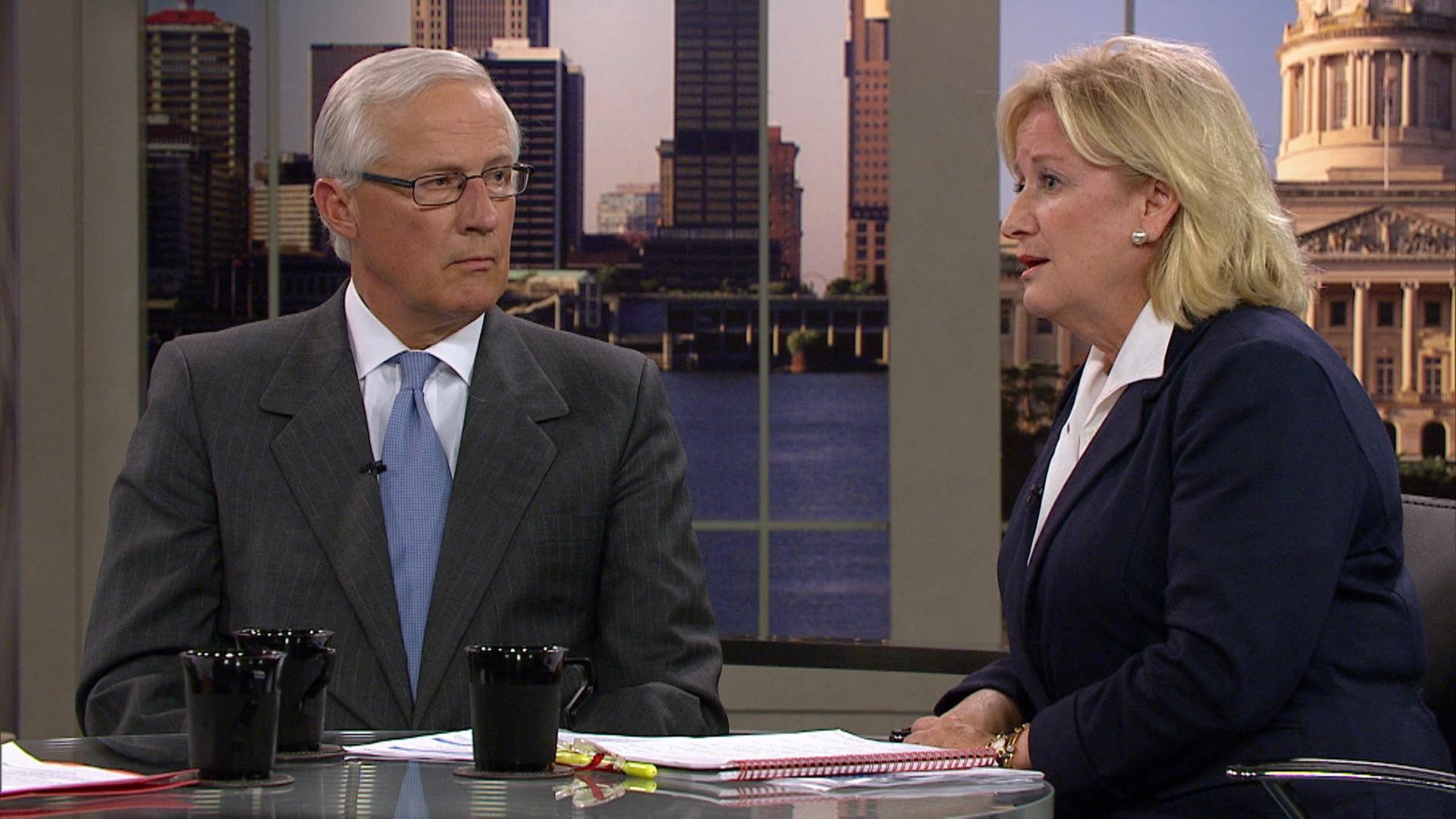