New Challenges in the Fight Against Drug Addiction

It’s been 13 years since Congressman Hal Rogers founded the anti-drug initiative called Operation UNITE. In that time, the organization has helped jail 4,300 drug dealers, directed thousands of addicts into treatment, and built local coalitions and school programs to fight illicit drug use in every county of Kentucky’s 5th Congressional district.

Operation UNITE is now widely acclaimed for its holistic approach to tackling the drug epidemic in southeastern Kentucky. The group’s clout has grown to the point that even President Barack Obama asked to participate in their recent national prescription drug abuse and heroin summit in Atlanta.

Rogers says he’s thrilled by Operation UNITE’s progress even as he acknowledges the depth of the drug problems that remain in the commonwealth.

“Our work is just getting started,” Rogers says.

The Congressman joined Kentucky Commonwealth’s Attorney Jackie Steele of London on KET’s One to One to discuss how the fight against addiction has changed in recent years.

From Incarceration to Treatment
Back in 2003, when he had just started as a prosecutor, Steele says the criminal justice system had one outcome for drug addicts.

“Without a doubt, law enforcement’s preference was prison,” Steele says. “Put them all in prison.”

But in the past decade, there’s been a concerted effort to change public perceptions about addiction. Health care professionals, treatment specialists, educators, and policymakers have worked to better communicate the dangers of substance abuse and alternative ways to address drug addiction.

“There’s a growing understanding that what we’re dealing with here is a disease as opposed to a criminal act,” Rogers adds. “It’s a disease and we’ve got to treat it as such.”

Now instead of a direct ticket to jail, nonviolent drug users in the commonwealth have the option of going to drug court. That’s an intensive 18-month program that helps addicts get clean and return to productive lives. Drug court participants must obtain and keep a court approved full-time job or enroll in school, attend weekly court and counseling sessions, join a regular self-help recovery program, submit to random drug tests, and remain drug-free.

Those who successfully complete the course can seek to have their original criminal charges dismissed. Those who fail face the prospect of going to prison.

“It’s one of the best ways we have to try to rehabilitate a person that has an addiction problem [but] that’s not committed a violent crime,” Rogers says. “It’s tough love. It’s a way to use the threat of jail to force a person to do things that he might otherwise not do in order to break his habit.”

Steele says drug court also makes good economic sense by keeping addicts out of prison and by treating the addiction that can often lead to recidivism.

“The return for a dollar invested in drug courts is phenomenal,” Steele says. “It’s a great program, both financially for the commonwealth of Kentucky but also for our communities because we’re keeping families together.”

No Longer Taboo
Another change that’s occurred since the launch of Operation UNITE is the nature of Kentucky’s drug problem. Whereas the users may have once preferred cocaine or some other illegal substance, Rogers says they’re now more likely to be addicted to a painkiller that was legally prescribed to them by a doctor. He says that obtaining a prescription can even lend a sense of legitimacy to the behaviors of some users.

“I think that has changed people’s attitude about being addicted – they understand how this happens, and more and more families are having someone in their midst that are addicted,” says Rogers. “So I think it’s no longer taboo to bring this up in family discussions.”

The breaking of that conversational silence has even extended to the halls of Congress. Rogers says he joined with former U.S. Rep. Mary Bono of California to form the Congressional Caucus on Drug Abuse. He says the group of several dozen representatives meets informally to learn about drug issues and to discuss drug-related legislation that a member might want to propose. Rogers calls the caucus a “support group” for lawmakers eager to fight addiction.

A Bigger Goal Remains
Even with the work of political leaders, law enforcement officials, treatment experts, and advocacy groups, more than 1,000 Kentuckians continue to die each year from drug overdoses. The epidemic reaches from Appalachian mountain communities, to the metro areas of the state’s Golden Triangle, to towns in far western Kentucky. What’s worse, according to Rogers, is that the state lacks enough treatment centers to meet the demands of those needing help.

On a national level, 78 people die each day from overdosing on a prescription drug, heroin, or other substance. Rogers says if that many people died in a plane crash, the news would make headlines for days. Yet individual overdose deaths largely go unnoticed beyond the immediate families that are affected.

So, while he’s proud of Operation UNITE and the group’s annual national summits, Rogers has set his sights on a more important goal.

“We’ve had the president come… all of the major agencies of the federal government that deal with drugs have been here,” Rogers says. “It’s been a tremendous success, but it counts for nothing unless we see the overdose death rate drop. That will be when I get happy.” 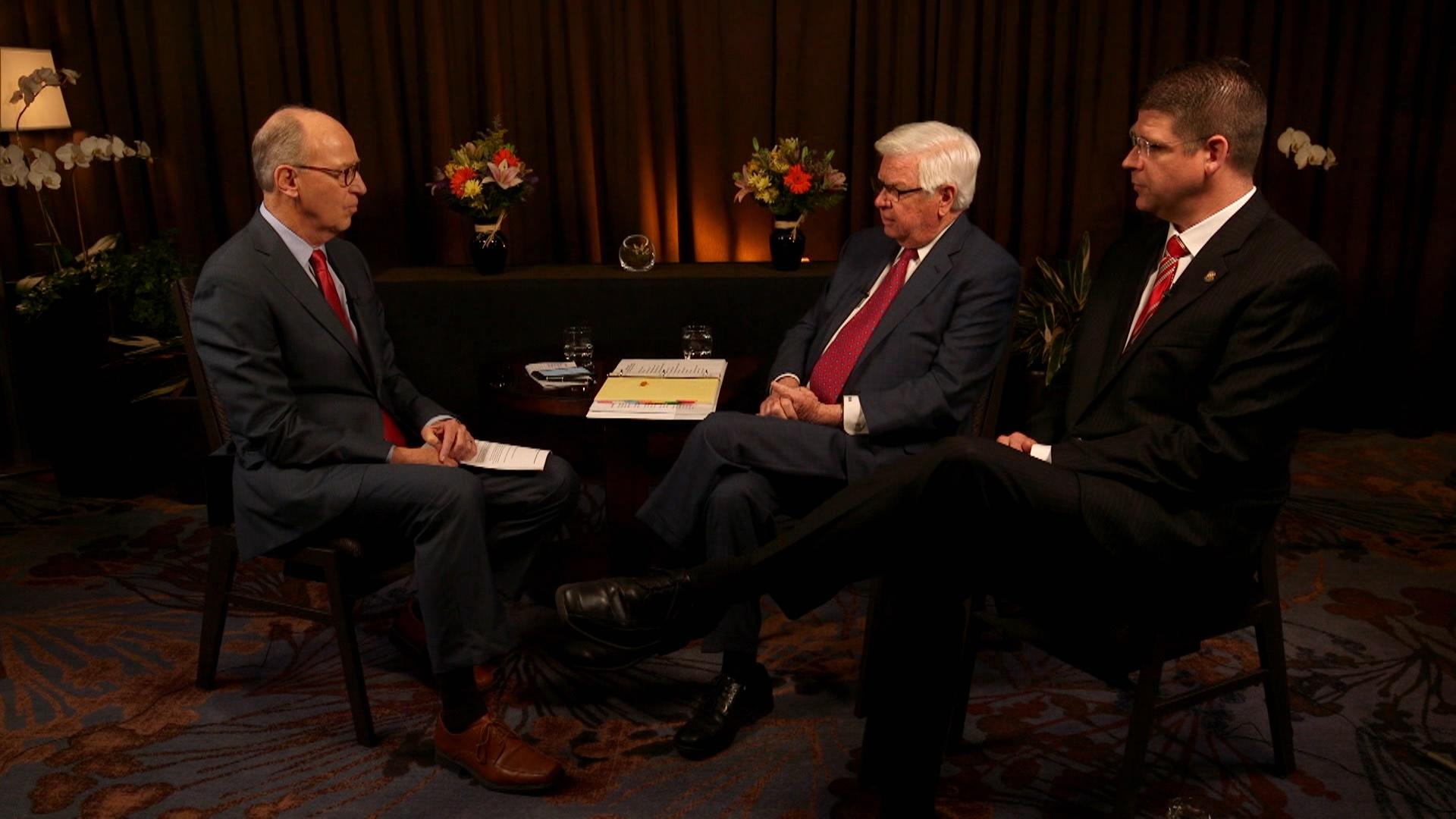